Pennsylvania Mom Allegedly Beat and Strangled Toddler, Said She Wanted Her Baby to ‘Feel What I Have Felt’ 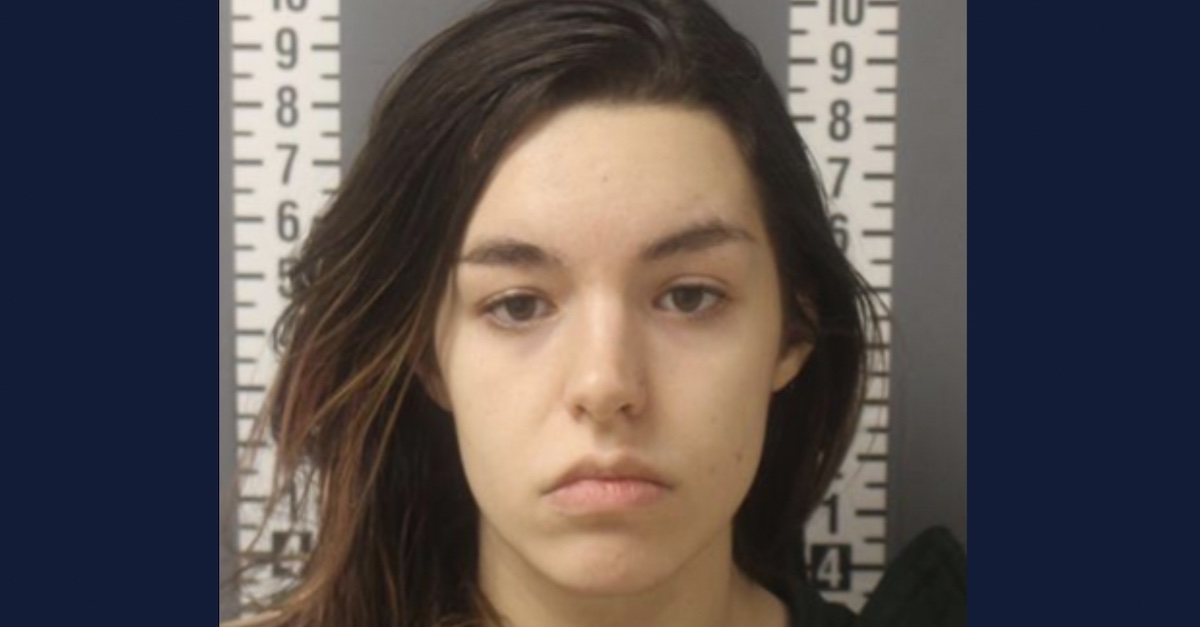 A 22-year-old mother in Pennsylvania was arrested last week after she allegedly beat and strangled her 3-year-old daughter because she wanted the child to “know what it is like to be choked.” Mary Hawkins, of Harrisburg, was taken into custody on Thursday and charged with several felonies, including three counts of aggravated assault, one count of criminal attempted homicide, one count of strangulation, and one count of endangering the welfare of a child, court records reviewed by Law&Crime show.

Following the alleged incident, Hawkins appeared before Dauphin County Magisterial District Judge Barbara W. Pianka for her arraignment. Judge Pianka ordered Hawkins detained without bond until her preliminary hearing next month due to the “nature of the charges” she is facing.

According to a probable cause affidavit obtained by PennLive, officers with the Harrisburg Police Department on Thursday at approximately 11:48 a.m. responded to a 911 call about a possible assault on a child at a home located in the 500 block of South 17th Street.  The call was reportedly placed by the victim’s paternal grandmother.

“What the fuck are you doing?” the grandmother yelled when she walked into the baby’s bedroom, according to the affidavit.

Police reportedly said that Hawkins punched her young daughter multiple times during the alleged attack. The 3-year-old victim reportedly sustained significant bruising to her face as well as a ruptured blood vessel in her left eye.

The victim was transported to Penn State Milton S. Hershey Medical Center Thursday afternoon for treatment where doctors reportedly told police she is expected to make a full recovery.

In a subsequent interview with police, Hawkins allegedly admitted to choking her daughter approximately five times during the day. When asked why she strangled the toddler, Hawkins reportedly gave a disturbing response.

“I wanted her to feel what I have felt,” she said, according to the affidavit. “I know what it is liked to be choked.”

According to PennLive, the victim’s father broke up with Hawkins following the alleged assault. Prosecutors reportedly argued that Hawkins should be held without bond because her relationship with the child’s father was her only tie to the state of Pennsylvania. Hawkins’ family reportedly lives in Georgia.

Hawkins is currently being held in the Dauphin County Jail. She is currently scheduled to appear before Magisterial District Judge Paul T. Zozos on March 15 for a preliminary hearing.

The Dauphin County District Attorney’s Office and the Harrisburg Police Department did not immediately respond to messages from Law&Crime seeking additional details on the incident.