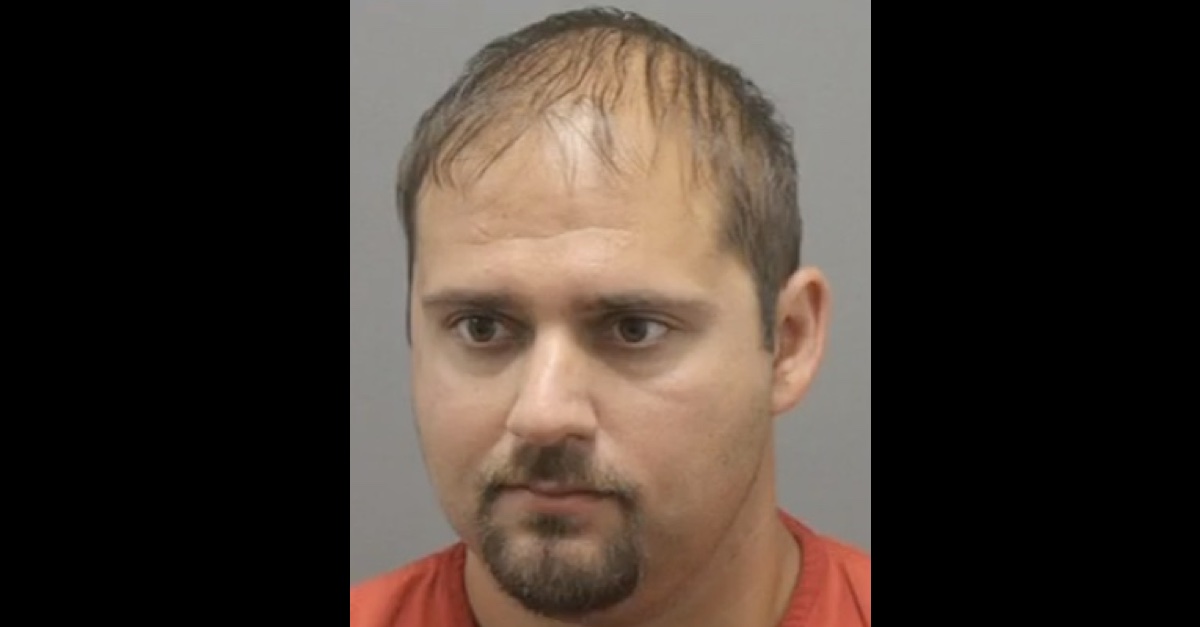 A Pennsylvania doctor is in custody and facing multiple felony charges, including sexual assault of a minor, after a hidden camera was allegedly discovered in his bathroom.

Justin Rutherford, 32, allegedly had recorded thousands of videos and pictures on the camera, including images of people using the shower and the toilet, according to investigators.

“Our forensic lab then conducted an examination of this camera, where we found approximately almost 3,000 videos and 1,400 pictures dating back to 2018,” Adams said.

The camera was connected to Rutherford’s phone and other devices, according to WFMZ, citing court documents.

A detailed report in the Reading Eagle revealed that the boy who discovered the camera wasn’t sure at first what he had found.

Investigators said the investigation began July 17 after a 13-year-old boy and his mother went to Amity Township police with the camera the boy discovered while showering at Rutherford’s home. Amity police seized the device and contacted county detectives for further investigation.

The boy, who was interviewed in the presence of his mother, said he was at a friend’s house, using the second-floor bathroom, when he noticed a black cube plugged into a wall outlet. He saw a faint blue light illuminated on the corner of the cube.

The boy thought it was a camera and called his mother. He described what he found and sent her photographs of the cube. She conducted some research and concluded the box was likely a camera and told her son to take the device.

The boy, who was apprehensive, shared his concerns with a male friend who was at the residence. The friend went to the bathroom and removed the cube from the outlet.

The pair immediately left the residence with the device.

The Eagle also reported that Rutherford initially denied any knowledge of a camera in the bathroom.

It was not immediately clear why the boys were at Rutherford’s house. The Berks County District Attorney’s office did not respond to Law&Crime’s request for additional information or comment by the time of publication.

Adams told WFMZ that the investigation into Rutherford led to other serious charges, including sexual assault.

“One of the juvenile males disclosed to us during an interview that at one point he was provided alcohol and marijuana, and at that point, he was sexually assaulted,” Adams said.

Another boy, who is now 16 years old, said that Rutherford began abusing him when he was 11 years old.

Pennsylvania court records show that Rutherford is facing at least 45 criminal charges, including rape of a child, rape of an unconscious victim, child pornography, and invasion of privacy.

Adams said that the charges against Rutherford are unrelated to his medical practice.

“The allegations that have led to these charges had nothing to do with his job as a physician,” Adams told WFMZ. “All of the incidents in question were related to his private residence.”

Rutherford was arrested at Washington Dulles International Airport on Saturday. He was returning from a trip to the United Kingdom, according to the Reading Eagle story. Rutherford went to the UK after investigators raided his house in early August and seized multiple electronic devices, the Eagle reported.

“He didn’t know there was a warrant filed against him at that time,” Chief County Detective Michael L. Gombar told the Eagle. “We were just fortunate enough to have that warrant.”

Rutherford was listed as a DO, or Doctor of Osteopathic Medicine, with Tower Health Medical Group. According to state records, he has had his license to practice medicine since September 2017, and no disciplinary actions were indicated.

“We are aware of the charges filed by the district attorney involving Justin Rutherford,” Tower Health said in a statement, according to the Eagle. “We are cooperating fully with the authorities on this matter and are not able to comment on an ongoing investigation. Justin Rutherford’s employment by Tower Health and his membership on the Tower Health medical staff has been terminated.”