Parents Caught on Video Dragging Driver Off of School Bus, Beating Her in the Street While ‘Screaming’ and ‘Scared’ Students Watched 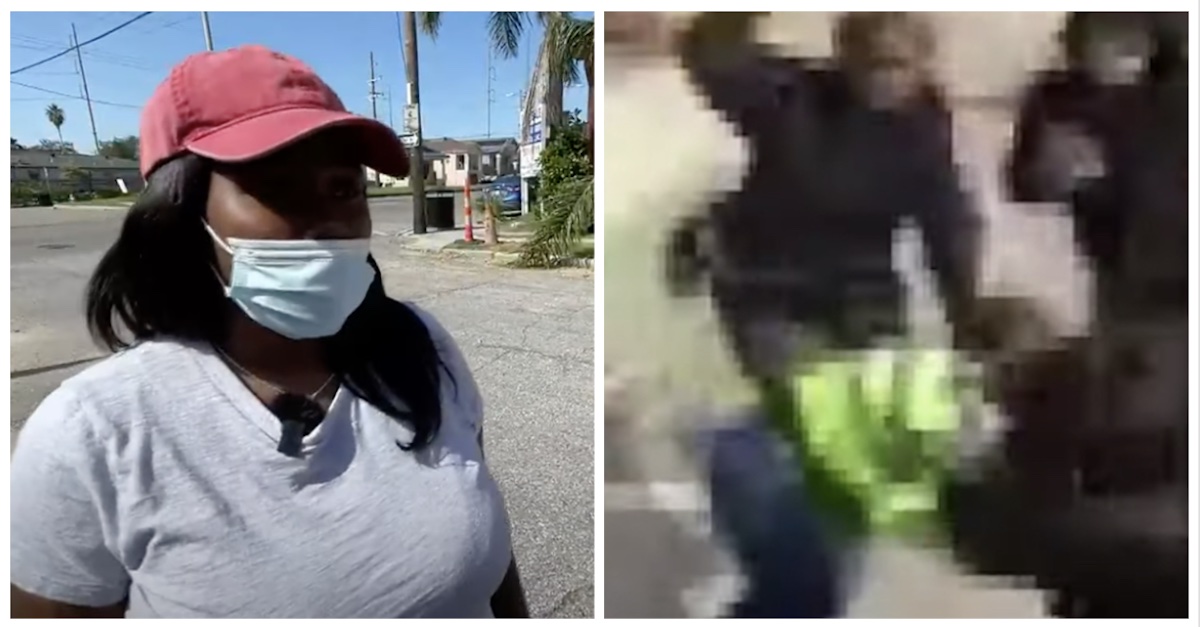 A school bus driver in Louisiana is demanding jail time for the group of parents she says got on her bus, dragged her into the street, and physically assaulted her while she was in the middle of her route. A student passenger on the bus was able to capture most of the incident on cell phone video.

School bus driver Andrea Anderson told New Orleans FOX affiliate WVUE-TV that she was attacked at the corner of Franklin Ave. and North Dorgenois by a trio of parents because they were angry about an alleged bullying incident that took place on the bus. Anderson told the station that she didn’t know about the alleged bullying incident before the attack.

Footage of the attack was recorded by a student and provided to the station last week.

In the video, a female adult can be seen standing over Anderson, who is behind the wheel of the bus. The woman appears to be yelling and pointing at Anderson. A few seconds later, it appears Anderson tries to push the woman off of her. The woman then appears to grab Anderson, drags her down the steps of the bus and throws her on the ground where two other adults were already wildly swing their fists. The video shows the three adults punch and kick Anderson multiple times as she tries to get back on the bus. They also ripped off her bright yellow driver’s vest and threw it on the ground.

Anderson said the three were waiting for her when she made her scheduled stop at the corner.

“It was horrible. They approached the bus, they pushed past other students you know, knocking them down,” Anderson said in an interview with WVUE. “It happened right here. In the middle of the street. My stop sign was out, I had cars waiting—you know, people were outside, I had students outside. It was horrible.”

Anderson said the bus was full of students, many of whom were screaming as the parents continued thrashing her in broad daylight. She described the kids as afraid.

“They were screaming. They were scared,” Anderson said of the students on board the bus.

Anderson also told the station that the three parents didn’t think through their plan very well. She said she intends to do everything in her power to make sure they end up in jail.

“You know, but you decide with your childish mind to come to a bus stop and fight a school bus driver like I’m not going to press charges, because hey, I want all three of them in jail,” she told WVUE.

Anderson said she was “traumatized” from the incident and was still recovering from her injuries, but she said she still wants to return to work because she loves her job.

“I love my job. I do want to go back simply because it’s a good timeframe for my children,” she told the station.

The New Orleans Police Department told WVUE that the incident was still under investigation. The department did not immediately respond to an email from Law&Crime seeking additional details on the investigation.

Watch the cell phone footage of the attack and Anderson’s interview below.

Just one month ago, a mother in Alabama was charged after she allegedly boarded a bus and assaulted an 11-year-old she believed was bullying her child.