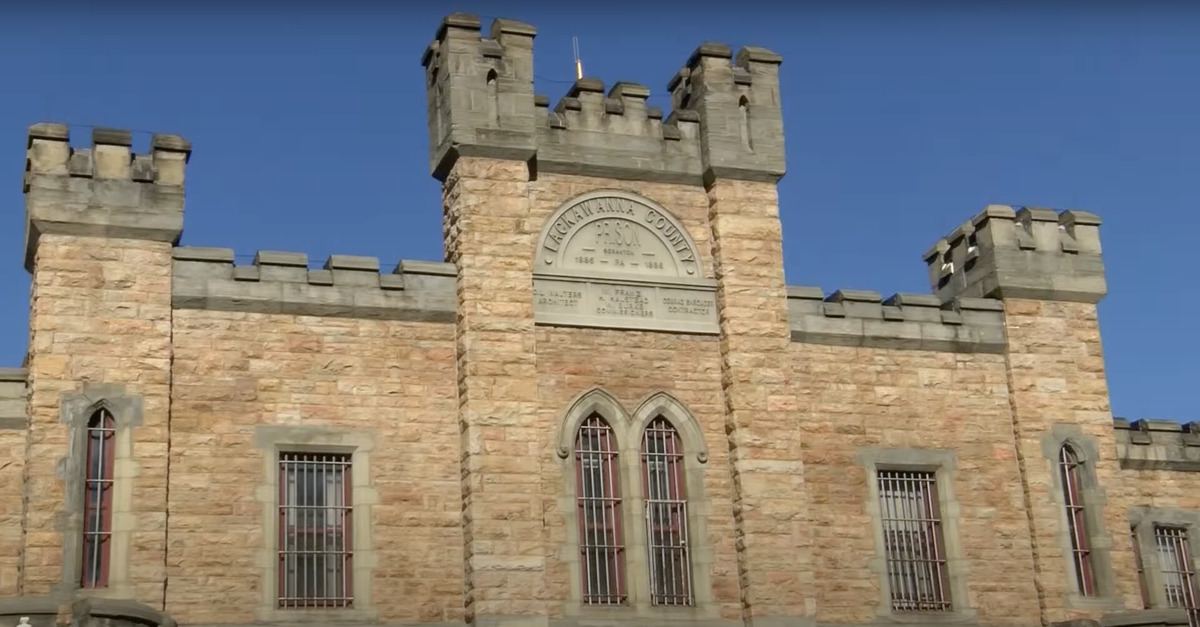 A Pennsylvania man was given a sentence of 20 to 40 years in prison for the “extremely disturbing” rapes of a minor that began when she was nine years old and continued on for several years after that.

In June, Francis Collin Vetter, 35, was found guilty of 35 counts related to the grooming and sexual assault of the female victim.

Lackawanna County prosecutors originally charged the defendant with more than 200 child sex crimes. Eventually, the charges against Vetter totaled 240 after he was accused of attempting to obstruct the child abuse investigation and for the corruption of minors over five years.

The defendant was also accused of sex crimes related to a minor male in which he allegedly showed a nine-year-old pornography and instructed him to have sex with a 10-year-old. Vetter was found not guilty of three out of four of the charges related to the boy.

A jury, however, found Vetter guilty of a bevy of crimes–and every single charge involving the girl–including child rape, statutory sexual assault, involuntary deviate sexual intercourse and obstructing a child abuse investigation. He faced a sentence of 400 years in prison.

Describing his crimes as “heinous” and “beyond comprehension,” Lackawanna County Judge Andy Jarbola sentenced Vetter to a prison term substantially on the lower end of potential possibilities, according to the Scranton, Pa.-based Times-Tribune.

During trial, the female victim, who is now 15, told the jury she was sexually abused by Vetter at least once a month over five years–starting when she was seven. At first, the girl said, Vetter began showing her pornography. That quickly escalated to her being forced to perform oral sex on him in his car and at residences in the Poconos.

When she nine, the testifying victim said, Vetter first had intercourse with her–assaults that continued until she was 12 in late 2018.

“He said not to tell anybody because he could get into a lot of trouble,” she said during testimony in which the judge repeatedly reminded her to keep her voice up so that she could be heard.

“Once a month, maybe twice a month,” she said when asked by Deputy District Attorney Sara Varela how often the assaults occurred.

In early 2019, the girl said she finally told a family member about the sexual assaults and abuse. She was quickly interviewed by the Children’s Advocacy Center of Northeastern Pennsylvania where doctors discovered that she tested positive for the presence of chlamydia. Pennsylvania State Police said that Vetter also tested positive for the same sexually transmitted infection.

Defense attorney Joseph D’Andrea pressed the girl about two letters she signed in which she disclaimed the sexual assault and abuse.

The victim disavowed the contents of those letters and said she had effectively signed them under duress–admittedly writing one while “not really” even knowing what was in the second such letter which was submitted to the Lackawanna County District Attorney’s Office.

“I was in a place where everyone was against me,” she said. “It was easier for me to say it didn’t happen.”

The defense also unsuccessfully argued that the two child victims had been manipulated by other adults to falsely accuse Vetter.

“Lies and deception are the essence of reasonable doubt,” D’Andrea said–accusing the children of acting on “survival” instincts against family members who had collected a vendetta against his client.

“The defense would have you believe chlamydia was running rampant” among pre-teens at the girl’s middle school, Varela scoffed.

“It’s time for someone else to stand up for these kids,” Varela added during the state’s closing argument. “The abuse, the manipulation, the betrayal, it can stop here in this courtroom.”

After the four-day trial, Vetter was found guilty the next day.