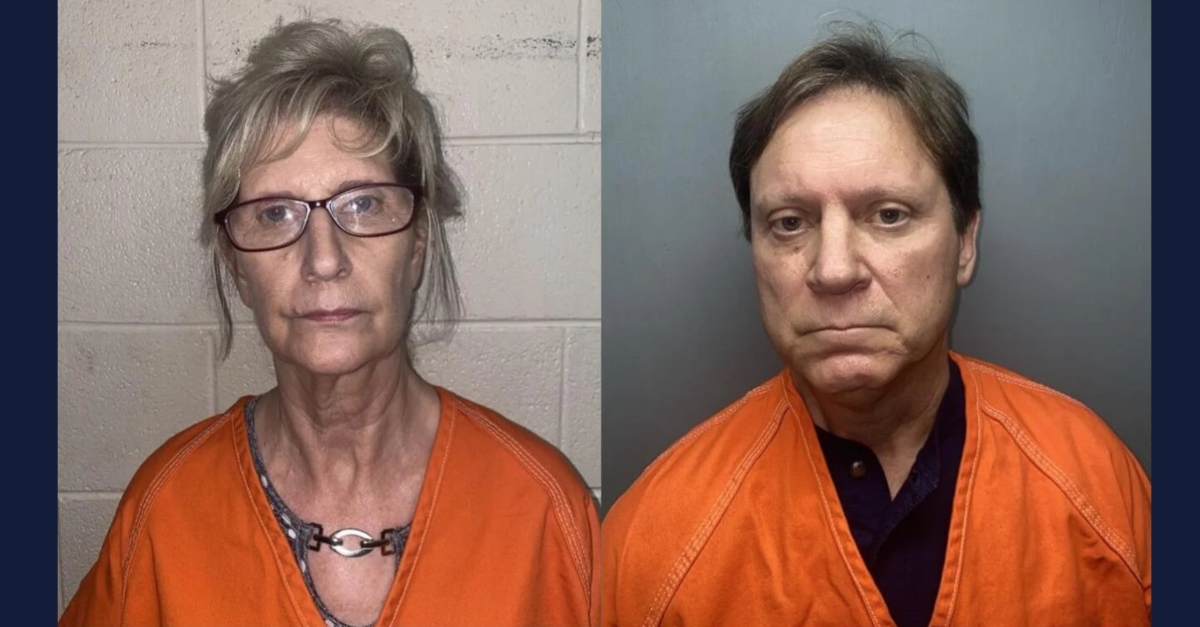 The parents of a Louisiana woman charged in her “sickening” death have been arrested. Sheila Fletcher and Clay Fletcher were booked into the East Feliciana Parish jail on Monday afternoon, according to The New Orleans Advocate. Deputies said they took the couple into custody without incident after reaching out to their attorney.

This follows just hours after a grand jury indicted them for second-degree murder because they allegedly left Lacey Ellen Fletcher, 36, her to die on a couch for years. Their daughter’s body bore a hole through the upholstery and cushion, authorities said. The hole was filled with feces and urine. Authorities reportedly said there was fecal matter shoved into Fletcher’s face, chest, and abdomen, and that her hygiene was so neglected that were maggots in her matted, knotted hair.

East Feliciana Parish coroner Dr. Ewell Dewitt Bickham III said it was a homicide. He reportedly determined she only weighed 96 when she died and tested positive for COVID-19.

Bickham voiced disgust at the scene.

“I couldn’t eat for a week, and I cried for a week,” he told Baton Rouge-based ABC affiliate WBRZ in a Tuesday report.

An attorney for the Fletcher parents did not immediately respond to a Law&Crime request for comment.

“They don’t want to relive the pain of losing a child through the media,” lawyer Steven Moore told WBRZ in a report last week. “They have been through a lot of heartache over the years. Anyone who had lost a child knows what it’s like.”

The parents allegedly told investigators after Lacey’s death that she developed “some degree of Asperger’s syndrome of 9th grade when she started being home schooled,” and they insisted that it was she who decided never to leave the couch and instead went to the bathroom on the couch or a nearby towel, according to NOLA.com. Sheila Fletcher allegedly maintained that she routinely cleaned her daughter’s bedsores, and her daughter never complained about them.

He said that Fletcher lived with a mental health issue that got progressively worse and the parents failed to step in. She had symptoms of autism when she was 16 years old. The family went to doctor’s appointments through 2000 to 2002, and had a follow up in 2010.

“And then I think she didn’t want to get out of the living room, or get off the couch,” he said.

D’Aquilla maintained that the parents were culpable because they could have gotten their daughter committed to treatment.