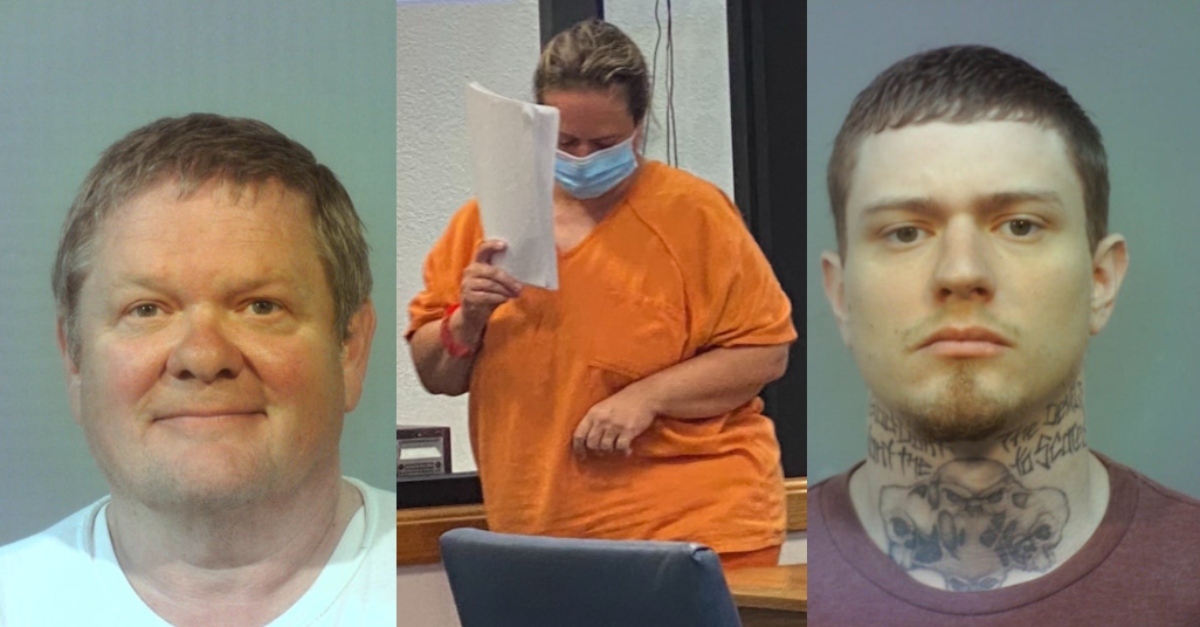 An Ohio couple and two of their sons are charged in a sexual abuse case. Robert Bellar, 54, his wife Deborah Bellar, 49, and their children Jonathan Levi Bellar, 26, and Josiah Bellar, 24, are all in custody.

Allegations originated from the couple’s daughter Serah Bellar. She described a bizarre home life in which her parents brought the kids to a church run by her uncle, who preached that siblings are supposed to have children with one another to repopulate the planet amid the apocalypse, she said. Bellar escaped in April 2020, when she was 16.

“All the kids would have to go, whether they wanted to or not— even if you were sick, you had to go, it didn’t matter,” she said, according to The Athens Messenger. “Anytime he’d say anything, I’d just kind of repeat it in my head, like, how messed up it kind of sounded. He’d always talk about the end of the world and how you’d reproduce with your siblings.”

Serah Bellar described the church as a cult.

The couple reportedly has 18 biological children, and one adopted child.

Serah Bellar’s two brothers are the ones charged specifically with sexual abuse. Jonathan Bellar remains at the Southeastern Ohio Regional Jail on a count of gross sexual imposition. Josiah Bellar is already locked up on unrelated charges, and now faces three counts of rape and two counts of gross sexual imposition in the new abuse case, according to the Athens County Prosecutor.

The uncle James Bellar denied preaching that siblings are supposed to have children with one another to repopulate the planet amid the apocalypse. He called it a “complete lie,” and asserted prosecutors did not reach out to him before the allegations.

“And due to lies told by the prosecutor thus far I will not believe she even said these things, until I could talk to her directly,” he wrote in an email to Law&Crime.

In responding to the assertion that the children were forced to attend church, Bellar said it was “true to our beliefs, as a family you should all attend church together,” but added there were “many times” that not all of their children were present. From his email:

This is true to our beliefs, as a family you should all attend church together and any Father even if a child is being rebellious (as the term forced to me implies). But it should be more harmonious as we are all as a family going to go to church. :)+ I will state though that even this may not be true because I can state there were many times, for this reason or that, all of their children were not present when they came to church.

He denied running a cult.

“I have no doubt some have said that about me, however not as some official law enforcement charge or accusation and without them even coming or asking me to come and talk with them,” he wrote. “I am a Minister of the Gospel of Jesus Christ and stand as witness to the Truth. How people react to that is on them.”

Athens County Sheriff’s Sgt. Jimmy Childs was also arrested in the case, charged with obstruction of justice and tampering with evidence. He allegedly deleted evidence of a phone call he had with Robert Bellar, and gave false information in the investigation.

From the Athens Messenger:

“In a recorded phone call between Robert and his son Josiah, Robert tells Josiah that Jimmy [referring (sic) to Deputy Childs] just left (Athens County Sheriff) Rodney’s office and Jimmy says he loved them and he has their back,” Robert’s indictment said.