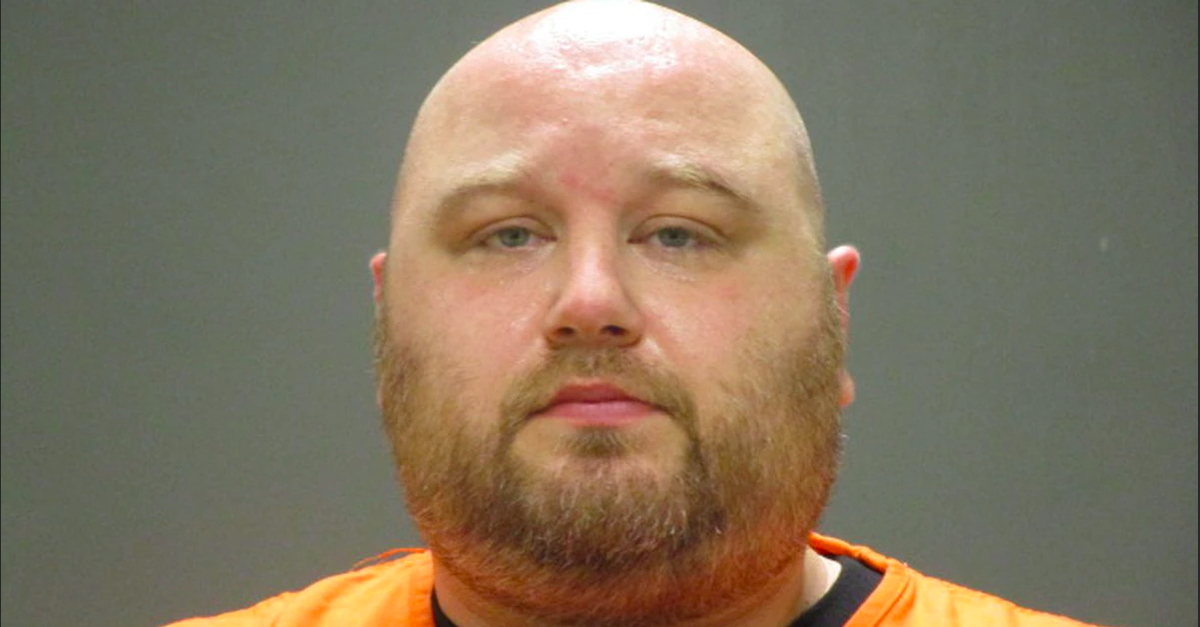 An Ohio corrections officer went to jail this week — as an inmate, not for work.  Andre Julius Bacsa was placed on paid leave after he was arrested for allegedly raping three male inmates in the span of just seventeen days, several local news outlets reported Wednesday.

Bacsa, 34, was taken into custody by Cuyahoga County sheriff’s deputies on Tuesday and charged via criminal complaint with three counts of rape, a first-degree felony; two counts of sexual battery, a second-degree felony; and two counts of gross sexual imposition, a fourth-degree felony. County court records show that Bacsa’s bond was set at $100,000.

According to a report from local ABC affiliate WEWS-TV, court documents allege that between June 1 and June 17, Bacsa sexually assaulted three different inmates being housed at the Cuyahoga County Jail.

In court documents filed Tuesday, prosecutors claimed that on one occasion last month Bacsa entered the cell of an inmate and used force to perform oral sex on him, per a report from the Cleveland Plain Dealer.

Cuyahoga County Sheriff Christopher Paul Viland said his office was working to move the defendant to a different corrections facility outside of the county in which he technically remains employed as a corrections officer. He has held his post since March 18, 2019.

“It is expected that the Cuyahoga County Prosecutor’s Office and grand jury will have additional charges to consider, and the internal investigation is ongoing,” Viland said in a statement. “The care and protection of our jail detainees is of paramount concern. It is never acceptable to violate people’s rights as an employee of the Sheriff’s Department, and we continue with our pledge to proactively ensure that our staff serves at a high standard and is held strictly accountable.”

County records do not indicate whether Bacsa is currently being represented by an attorney.

Adam Chaloupka, an attorney for the Ohio Patrolmen’s Benevolent Association union that represents jail officers, told the newspaper that the OPBA has not yet determined whether or not it will represent Bacsa in the criminal case and declined to comment any further on the matter.