New York Man Who Killed Girlfriend and Got Hit by Car Trying to Save Victim’s Dog Indicted for Murder: Prosecutors 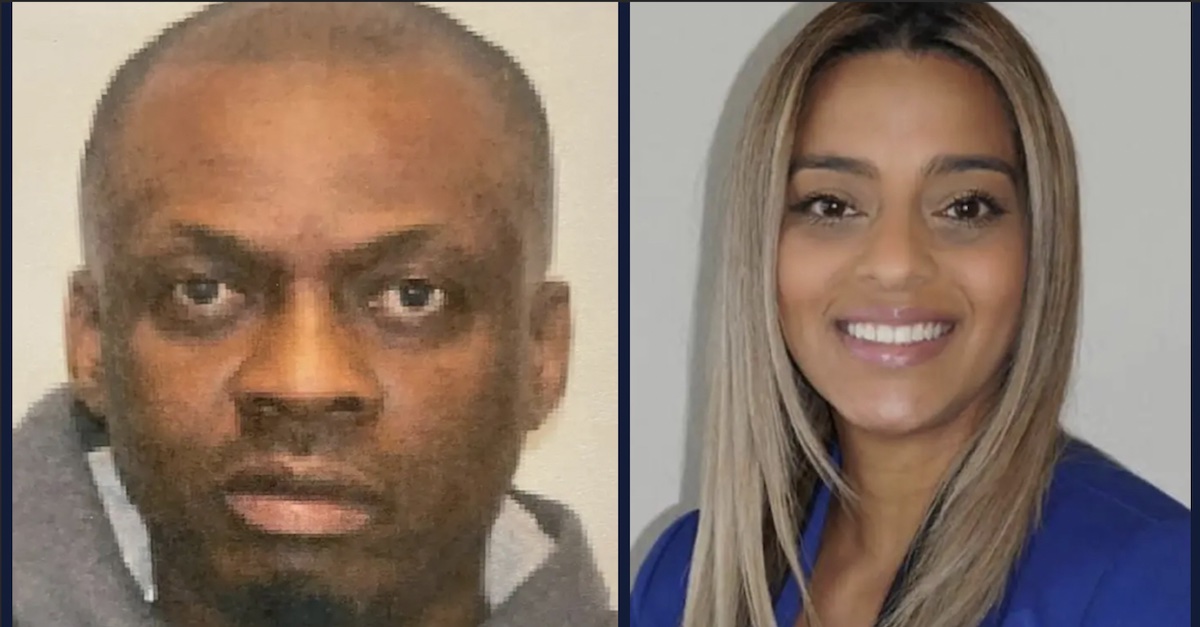 A 55-year-old man in New York accused of shooting and killing his 39-year-old girlfriend inside of her luxury apartment in July has been indicted on criminal charges connected to her death.

Small entered a plea of not guilty and was remanded. If convicted on all charges, he faces up to 25 years to life in prison.

“Marivel Estevez had recently told friends and family members that she wanted to end her relationship with Mark Small and move to Florida,” Nassau County District Attorney Anne T. Donnelly said in a statement. “The defendant, however, was unwilling to let her go and is accused of murdering Marivel in cold blood at her Mineola apartment. The murder of this young woman was a calculated and cowardly act, and my office will vigorously prosecute this case.”

As previously reported, officers with the Nassau County Police Department at approximately 11:16 a.m. on July 30 responded to a request for a wellness check on Marivel at her home in The Allure Mineola, a high-end apartment complex located in the 100 block of Old Country Road. Prosecutors say one of Marivel’s colleagues requested the wellness check after she failed to show up for work.

Upon arriving at the scene, first responders entered Marivel’s apartment and discovered her lifeless body lying on the bed. She appeared to have sustained several gunshot wounds. A Nassau County Police medic pronounced her dead at the scene.

Officials reportedly said that evidence in the case quickly pointed to Small as being the person who pulled the trigger and fatally shot Marivel, according to a report from regional television station News 12 Bronx. Police reportedly said family and friends told investigators that Marivel and Small had a history of domestic violence issues.

“Between the evening hours of July 28 and the early morning hours of July 29, the defendant and [Marivel] Estevez were present together in her Penthouse apartment where they both lived,” prosecutors said in the release. “During that time, the defendant allegedly shot the victim with a handgun, once in the head and once in the torso, and then fled in [Marivel] Estevez’s car.”

In addition to taking Marivel’s car, Small also allegedly grabbed the victim’s dog before leaving the apartment. He then began driving west on the Long Island Expressway towards New York City but collided with another vehicle shortly after getting on the interstate.

Small reportedly sustained multiple fractured bones and was transported to a local hospital where he was placed under arrest. He is currently scheduled to appear in court again on Oct. 21.

A GoFundMe page organized to help with the expense of Marivel’s funeral raised nearly $20,000 dollars.

“Marivel, a loving daughter, sister, aunt and friend. Anyone who knew Marivel loved her. She was a breath of fresh air with a smile that would light up any room,” the donation page states. “The unexpected passing of Marivel has hit her family hard not only emotionally, but financially. We ask that in lieu of flowers, monetary donations be sent to offset the cost of funeral expenses. Please help to support her family by donating any amount small or large.”