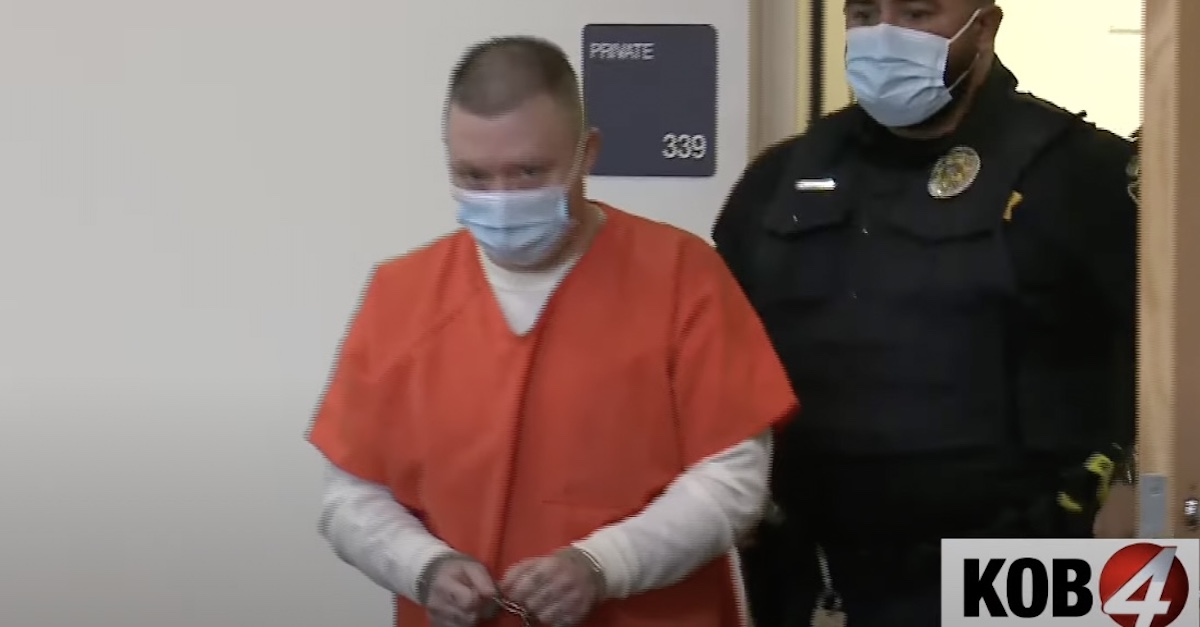 A 38-year-old man in New Mexico will spend several decades behind bars for his role in the killing and dismemberment of his girlfriend’s 10-year-old daughter six years ago.

Second Judicial District Court Judge Cindy Leos on Thursday handed down the maximum sentence of 37.5 years to Fabian Elias Gonzales, who was convicted on one count each of reckless abuse of a child resulting in death and conspiracy, as well as seven counts of tampering with evidence in the 2016 slaying of young Victoria Martens, court records reviewed by Law&Crime show.

A jury convicted Gonzales on the aforementioned charges in August. Prosecutors had initially sought a sentence of 40 years, but Judge Leos combined two of the tampering with evidence charges stemming from the removal of Victoria’s body parts to avoid a possible legal challenge on double jeopardy grounds.

Judge Leos explained that it was important to “look at each count of tampering and see if they are distinct acts” because “if they are not distinct acts, there can only be one punishment.”

Victoria’s mother, Michelle Martens, in 2018 also pleaded guilty to reckless abuse of a child resulting in death. She testified against Gonzales during his trial and is scheduled to be sentenced on Nov. 10. She faces between 12 and 15 years in prison.

“If it were not for Mr. Gonzales, there is no question in my mind that Victoria Martens would still be alive. He was the conduit for her death and clearly the jury agreed with that,” Judge Leos said prior to formally sentencing Gonzales. “He entered into Michelle Martens’ life and changed the course of not only her life, but ended Victoria’s life just a couple of weeks later, on her birthday.”

Gonzales and Martens met through a dating app in July 2016, according to a report from the Albuquerque Journal. Gonzales moved in with Martens and Victoria a short while later.

“Soon, Gonzales began using drugs in Michelle Martens’ apartment and let his cousin, 37-year-old Jessica Kelley, move in after her release from prison, witnesses testified at trial,” the report states. “Gonzales left Victoria alone with Kelley the day of the girl’s death, even though he was aware that Kelley was using methamphetamine and feeling increasingly paranoid, Leos said.”

During the proceedings, Judge Leos said that Gonzales was “aware of Jessica Kelly’s propensity for violence, as well as her paranoia, on the date that Victoria was ultimately murdered,” adding, “I do not believe that his responsibility in Victoria’s death was remote.”

Kelly in 2019 pleaded no contest to to reckless abuse of a child resulting in death, tampering with evidence, and aggravated assault. She was sentenced to 44 years in prison.

Prosecutors have reportedly conceded that neither Gonzales nor Martens were in the apartment when Victoria was killed, asserting that the killer had to be Kelley or an unknown male whose DNA was found at the scene. But after the child’s death, it was Gonzales and Kelley who worked together to chop up and dismember Victoria’s body, prosecutors argued.

Judge Leos also declined to sentence Gonzales as a “serious violent offender” — which would mandate that he serve 85-percent of his sentence — because he was not present for the child’s actual murder. Therefore, he will be eligible for parole after serving half of his sentence.