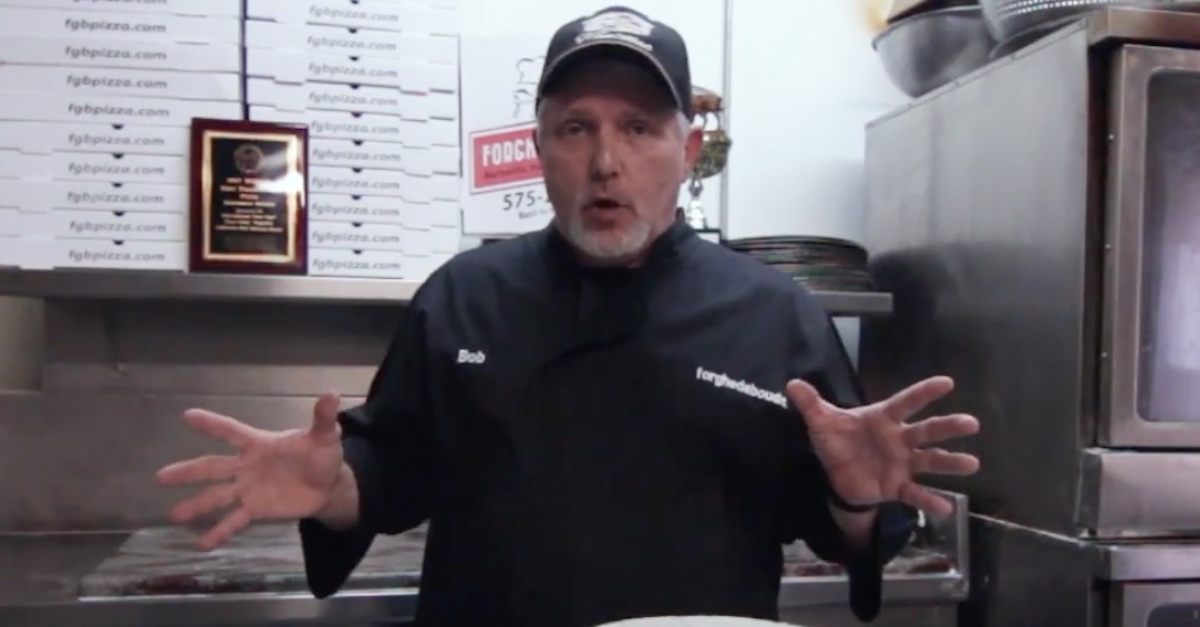 Robert Yacone was taken into custody on Sunday and charged with one count of willful and deliberate first-degree murder and one count of receipt, transportation, or possession of a firearm or destructive device in the death of Kim Yacone, records reviewed by Law&Crime show.

According to Stewart, deputies at approximately 7:42 p.m. on Sept. 18 responded to a 911 call regarding an injured female at the Yacone residence located in the 6500 block of Vista de Oro. The initial call was placed by Nick Yacone, the couple’s 21-year-old son, who told the emergency dispatcher that his mother appeared to be dead after sustaining a gunshot wound. Nick also said there was “blood all over” and that a 12-gauge shotgun was on the countertop.

Nick remained on the line with dispatch for seven minutes, during which time Nick’s younger special-needs brother, 17-year-old Trent Yacone, went to a neighbor’s house crying for assistance because his mother had been shot. That neighbor also called 911.

First responders arrived on the scene at approximately 7:58 p.m. and were “immediately aware” that Robert Yacone was in the home, Sheriff Stewart said. Believing that Kim Yacone may have been severely injured, deputies forced their way into the home as additional law enforcement arrived to secure the surrounding area.

Deputies entered the master bedroom at 8:17 p.m. to check on Kim and found her deceased with what appeared to be gunshot wounds to her face and back. She was pronounced dead at the scene.

During this time, Robert Yacone allegedly was on the back balcony of the home, which was attached to the master bedroom. Authorities said then engaged Robert in conversation which went on for several minutes, during which time he told police that he was carrying a handgun.

At approximately 8:46 a crisis negotiator on the scene told the suspect to put the gun down and “within eight seconds, shots are fired” by Yacone and three deputies on-site. The suspect was struck in the exchange and subsequently transported to a local hospital.

According to a copy of the criminal complaint obtained by Las Cruces Sun-News, Robert Yacone sustained “multiple wounds on the upper torso and arm.” No members of law enforcement sustained any injuries in the firing exchange. Stewart did not provide additional details on the suspect’s injuries or condition, but said that Yacone was under 24-hour guard and expected to survive.

Stewart noted that since the beginning of the year, her office has responded to two domestic disturbance complaints at the Yacone home and said that Kim had filed for four restraining orders against Robert.

The Sun-News reported that Kim’s protective order petitions were filed February, March, August, and September. In addition, Kim reportedly filed for divorce in February and requested a hearing on the proceedings last month. She also reportedly began selling some of her personal possessions and making plans to move out of the family’s home.

A judge on Sept. 16 granted Kim’s request for a temporary restraining order against her husband, requiring her to leave the home until a Sept. 26 hearing on the matter.

Robert, who reportedly filed two counter-petitions accusing Kim of abusing him, has had a number of high-profile run-ins with the law over the years. He reportedly pleaded no contest to felony child abuse charges in 2014 and was charged with multiple felony charges for pointing a gun at another motorist with a child passenger during a 2018 road rage incident. The 2018 charges were later downgraded and Robert pleaded guilty to misdemeanor disorderly conduct.

He was also arrested in 2020 on domestic battery charges for allegedly violently shoving his wife during an argument but those charges were later dropped.