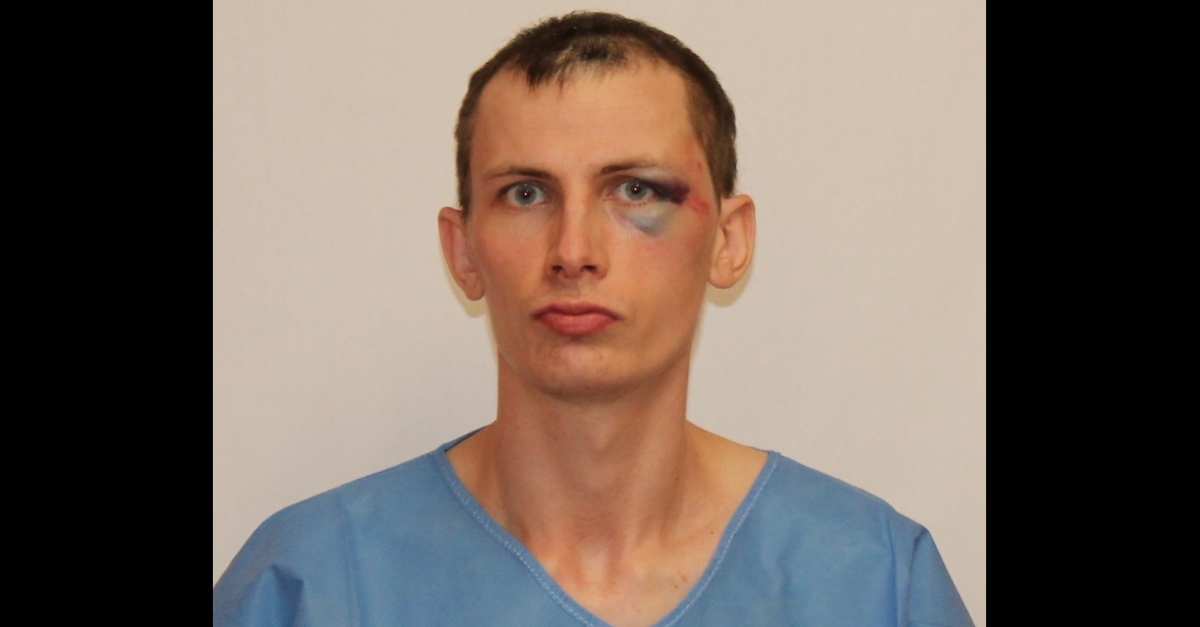 A New Jersey web designer allegedly stabbed and killed a salesman he knew and that man’s dog during some sort of altercation over the weekend. Donovan G. Hollingsworth, 25, is charged with first-degree murder, and two counts of possession of a weapon for an unlawful purpose, according to the Burlington County Prosecutor’s Office and Evesham Township police.

The suspect allegedly stabbed to death Thomas Pierson III, 26. He and Pierson got into an altercation in an apartment on Saturday, officials said. The victim’s dog Django was also found with stab wounds, and more charges might pending over this.

“Police were called to the Olympus Apartments on Baker Boulevard in Evesham today at 9:13 a.m., for a report of a possible dog attack on a resident of the complex,” prosecutors said. “When police arrived, they discovered Thomas Pierson III, 26, of Evesham, deceased in the residence with multiple stab wounds. The victim’s dog, a Cane Corso named Django, was also found deceased with stab wounds, on a stairwell landing. Potential charges related to Django’s death await further investigation into the incident.”

Hollingsworth worked as a web designer and Pierson was a salesman, according to New Jersey 101.5. Authorities did not suggest a motive or say how the fight started, but the men were reportedly friends on Facebook.

@BurlcoPros investigating a suspicious death at Olympus apartments where they found a man and his dog both dead Saturday morning. The latest on the investigation coming up at 6:00 on @NBCPhiladelphia pic.twitter.com/GTRtcTqCgM

Hollingsworth left the scene and Evesham cops took him into custody at the Virtua Voorhees Hospital where he was getting treated for minor injuries on Saturday, according to prosecutors. An autopsy was pending for Pierson. The Burlington County Medical Examiner’s Office is scheduled to perform the autopsy on Monday.

Hollingsworth is locked up at the Burlington County Jail, online records show.