New Jersey Man Repeatedly Stabbed Ex-Girlfriend and Mother of Two to Death Before Killing Himself: Authorities 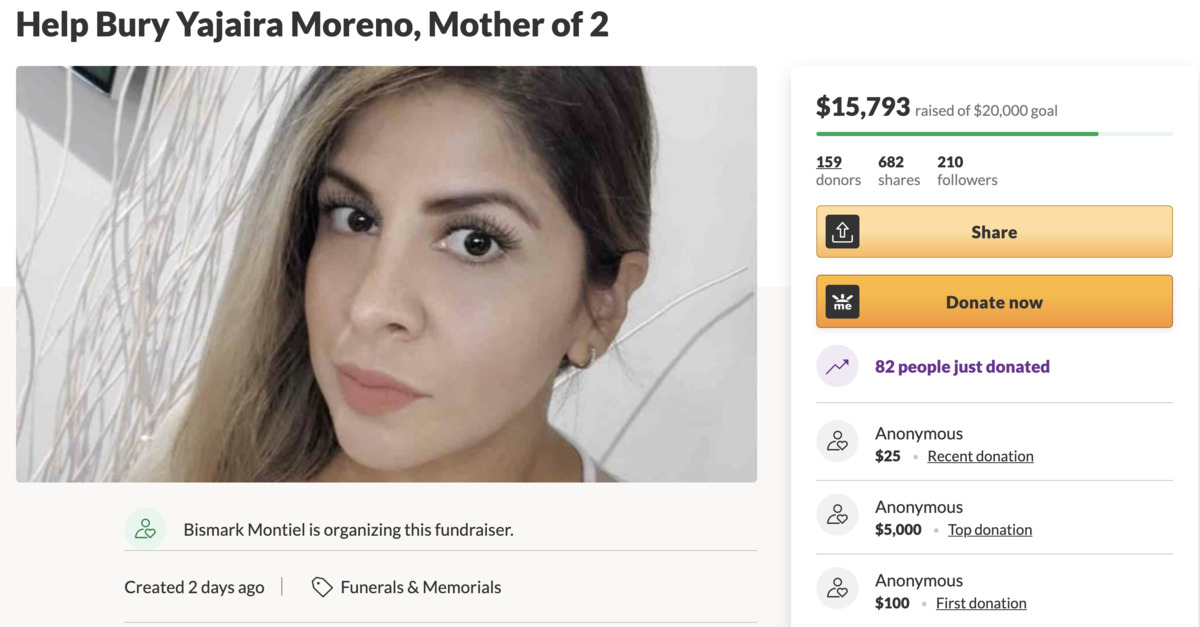 Two children in New Jersey have been left orphaned after their mother was stabbed to death in a murder-suicide earlier this week.

Middlesex County Prosecutor Yolanda Ciccone noted that the perpetrator and the victim were a “former couple” in a joint statement issued alongside the local police chief.

Authorities say that Juan Alvarado, 39, of Elizabeth, N.J., repeatedly stabbed his ex-girlfriend Yajaira Moreno, 33, of Old Bridge.  The incident occurred in Old Bridge on Tuesday night. After that, Alvarado apparently took the knife to himself and then took a few steps away. His body was found near hers.

In the minutes just before midnight, Old Bridge Police went to the Moreno home on Jacob Street in the northern section of the medium-sized township to respond to reports of a homicide there. After entering the house, officers found the mother of two dead. She had been fatally stabbed numerous times. Close to her corpse was the corpse of the murderer – stabbed to death by his own hands.

Both Moreno and Alvarado were pronounced dead at the scene.

The mother leaves behind her two children, an eight-year-old and an 11-year-old. Surviving family members are scrambling to make sure that at least Moreno’s funeral expenses are taken care of in light of the monumental loss.

“A victim of senseless, violent and ultimately fatal domestic abuse, our Yajaira met the same fate that tens of thousands of women meet every single day,” her cousin Bismark Montiel wrote in a GoFundMe. “It was too late for her. But it isn’t too late to give her a proper burial.”

“In the next 2 weeks, our family will be burying our sweet, intelligent and lovely cousin,” the fundraiser continues. “We will also be fighting tooth and nail to keep custody of my niece and nephew. All monies will be used to cover funeral and legal expenses in the legal battle for custody. Any extra funds raised will be given to her children for their safety and security. Help a grieving family. Help us. Help her son and daughter. All it takes is the click of a few buttons and few seconds of your time to make a donation and help put Yajaira to rest, knowing that her children are safe and sound, even if she couldn’t live to see it.”

According to the National Coalition Against Domestic Violence, a person is physically abused by their intimate partner every 20 minutes in the United States. The group notes that 72% of all murder-suicides in the country involve someone’s intimate partner and that women are the victims of such murder suicides more than 90 percent of the time.

Almost three women are killed per day by their partners, according to NBC News.

The fundraiser also notes that the murderer was the children’s father.

Authorities have released scant details about the incident thus far.

“At present, the deaths are believed to be the result of an apparent murder-suicide,” Ciccone said in a statement.

The prosecutor and Old Bridge Police Acting Chief Joseph Mandola are, however, asking the public for help.

“The investigation is active and continuing,” their joint statement continues. “Anyone with information is asked to call Detective Addie Spinola of the Old Bridge Police Department at (732) 721-4000, or Detective Paul Kelley of the Middlesex County Prosecutor’s Office at (732) 745-3330.”

Juan was an electrician by trade and was passionate about his job. When Juan wasn’t working, spending time with his loving family was his priority. He enjoyed traveling, eating, and enjoying life on his Harley Davidson motorcycle. Other hobbies include watching soccer and baseball. Juan will be missed by all who had the pleasure of knowing him.