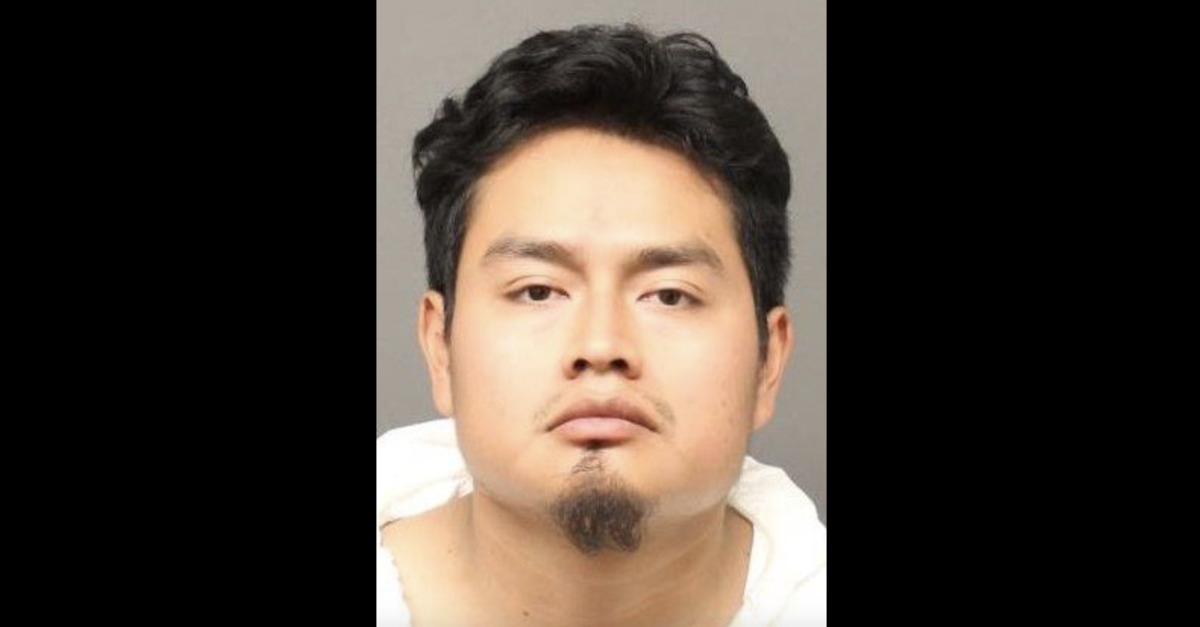 A New Jersey man was arrested on Wednesday in connection with the death of a woman whose corpse was discovered at an industrial complex earlier that same day.

Christian V. Giron, 24, stands accused of murdering 43-year-old Jeanette Willem with a hammer, according to the Bergen County Prosecutor’s Office. The defendant has also been charged with weapon possession and hindering his own apprehension.

Mid-morning on Wednesday, Northvale Police Department officers responded to a 911 call about an injury at the Jamis Bikes/G Joannou Cycle headquarters in Northvale, N.J. Responding officers discovered Willem, a longtime employee of the bicycle company, with a head wound believed to have been caused by Giron’s hammer. The victim was immediately determined to be deceased by first responders.

Police also searched the building to make sure there was not an ongoing community threat, Bergen County Prosecutor Mark Musella said in a press release announcing the charges against Giron.

According to NorthJersey.com, the SWAT team arrived and surprised local employees in the typically quiet borough due to the large law enforcement presence.

“Nothing happens in Northvale,” one worker told the outlet.

The homicide is the first one in Northvale since at least 1989, the outlet also reported, citing state police data. No violent crimes have been reported in the community for the last 32 years.

The initial investigation was conducted by the BCPO along with the NPD and the Bergen County Sheriff’s Office, authorities said. The prosecutor added that the Major Crimes Unit and NPD are currently still investigating the case.

“[N]o other individuals are believed to have been involved,” Musella added.

The high-end bicycle company has said their Northvale offices will be closed until Nov. 1.

According to PinkBike, Willem worked for the woman-owned company for two decades and was a “friend in the bike community.”

“Jamis Bikes is a small and tight-knit group and Jeanette has been a dedicated member of our team,” the company said in a press release obtained by BicycleRetailer. We are devastated. Please respect the privacy of her friends and family at this time as we grieve the loss of a truly special and beloved mother, wife, daughter and friend.”

Details of the investigation are currently scarce. The DA’s office has described Giron as a “warehouse worker” but it is currently unclear if the defendant worked in the same area as the victim. Authorities have promised additional information on the case will be released soon.

No motive has been provided for the brutal slaying.

Giron has been charged with murder in the first degree and faces the possibility of life in prison if convicted as charged.

The prosecutor’s office detailed the charges as follows:

The defendant is currently slated to make his first court appearance in the Hackensack, N.J. Central Judicial Processing Court. He is currently being held in the Bergen County Jail pending that appearance.

Law&Crime reached out to both Jamis and the BCPO for additional information but no response was immediately forthcoming at the time of publication.