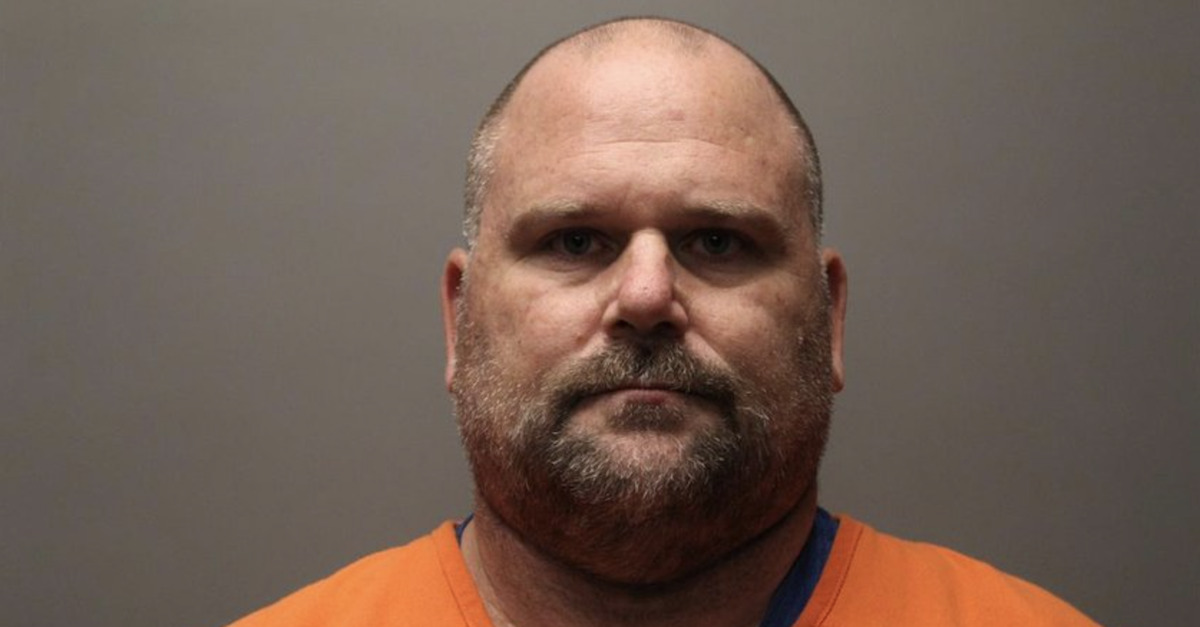 A now-former Nebraska elementary and middle school physical education teacher turned himself in on a child abuse warrant on Friday, local authorities and media outlets report.

According to a plethora of reports, Craig A. Schmeckpeper, 50, faces one charge of child abuse not resulting in serious injury.  The warrant for his arrest was issued on March 22, 2022, the sheriff’s office reportedly said.

The Omaha World-Herald reported that the DCSO was searching for the disgraced ex-teacher before he turned himself in. As of March 24, 2022, the sheriff’s office was asking for anyone with information about the suspect or his whereabouts to contact law enforcement.

An affidavit prepared by the Dodge County Attorney’s Office and obtained by the Fremont Tribune alleges the defendant “knowingly and intentionally caused or permitted a minor child to be placed in a situation that endangers his or her life or physical or mental health.” The newspaper also reports that the allegation is essentially that the boy was subjected to “simple assault.”

The incident in question is alleged to have occurred on Feb. 17, 2022, during a physical education class being taught by Schmeckpeper.

Authorities allege the defendant pulled one student out of line and pinned the child’s arms behind his back before telling the rest of the students to hit him while he was constrained and the line moved on.

“Free hits as you go by” Schmeckpeper reportedly said to the passing students, according to court documents submitted by local prosecutors. “Free punches.”

Craig Schmeckpeper is accused of grabbing an elementary student out of line during physical education class, pinning the child’s arms behind his back and telling other students “Free hits as you go by.” https://t.co/mI9SwrkwOl

Five students are said to have complied with the invitation by “lightly” hitting the pinned boy in his stomach. The alleged victim also reported that he felt pain from having his arms pinned back during the incident.

According to the local reports, deputies with the Dodge County Sheriff’s Office say they interviewed two witnesses who were present during the humiliating ritual who corroborated the boy’s complaint. Investigators also reportedly reviewed security camera footage that shows the incident happening. Additionally, North Bend Central Public Schools officials are said to have conducted their own internal investigation and turned theirfiles over to law enforcement.

According to Omaha NBC affiliate WOWT, Schmeckpeper “immediately resigned” from his job at North Bend Elementary School after the incident. The Tribune, however, reports that he “officially resigned” following a recent school board meeting held on March 21, 2022. The defendant’s staff profile is still active on the school’s website as of this writing. He previously taught courses to elementary school students as well as 6th and 7th graders. He also coached football and track and has a master’s degree, the website says.

North Bend Central is reportedly not commenting on the situation at this time.

Under Cornhusker State law, the defendant is accused of a Class 3a felony which carries a potential sentence of no time behind bars to a maximum of three years in prison as well as up to 18 months of post-release supervision and/or a fine of up to $10,000.

According to a review of Dodge County Jail records by Law&Crime, Schmeckpeper was in custody as of Friday but appears to have been released as of Saturday, March 26, 2022.