N.J. Serial Killer Gets 160 Years in Prison for Using Social Media to Target Victims of 2016 Rapes and Murders 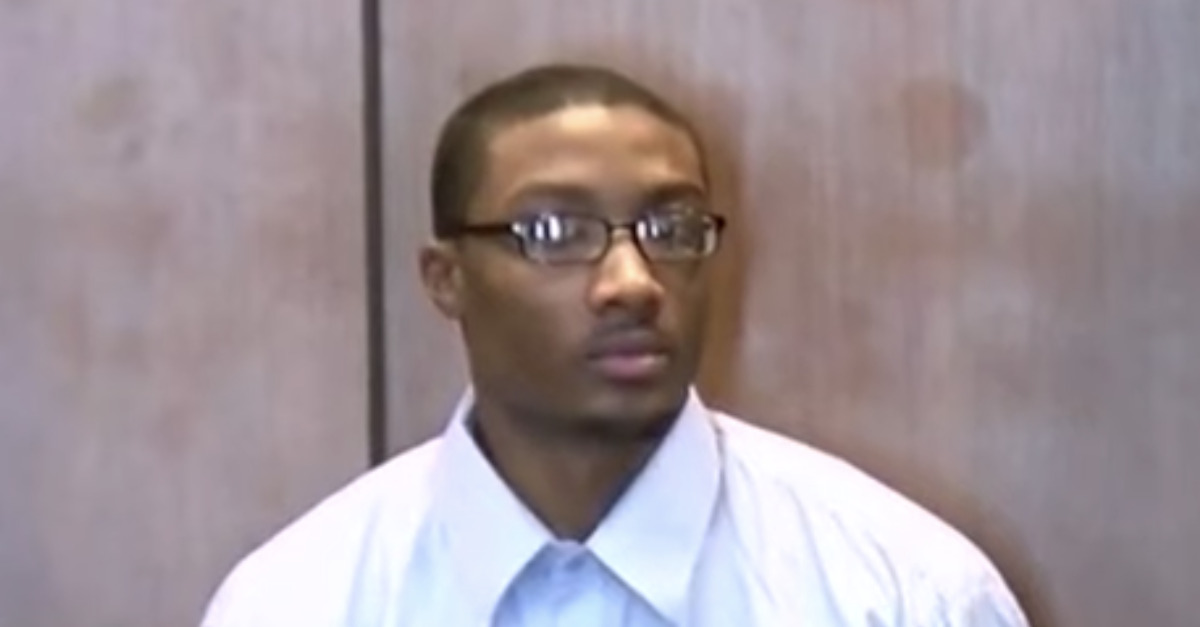 A New Jersey man and serial killer responsible for the rapes and murders of three women was sentenced to 160 years in prison on Wednesday.

According to the Associated Press, the convicted murderer kept quiet as the court handed down a sentence that will keep him behind bars for the rest of his life. He similarly made no noise while victim impact statements were read by surviving family members of two of his victims. Wheeler-Weaver reportedly only spoke briefly, just before those emotion-heavy statements were read aloud, to disclaim all responsibility for his crimes and to tell the judge that he was framed.

“I hope you suffer, boy, every night,” Victor Butler, the father of his final murder victim reportedly said while imploring the court to consider the maximum available sentence in the case.

An Essex County court took less than three hours to convict Wheeler-Weaver of those murders in 2019. He was also found guilty of kidnapping, aggravated arson, and desecration of human remains related to the murders. Wheeler-Weaver was additionally convicted of kidnapping, aggravated sexual assault and the attempted murder of a 34-year-old woman who survived his final known attack.

The serial killer’s spree of sexual violence spanned four months in late 2016. Then only 20 years old, he was found to have used dating apps to lure his victims into private situations where he would subsequently strangle them to death, taking pains to conceal the women’s bodies.

Robin West was just 19 when she died. Last seen alive getting into a car with Wheeler-Weaver on the night of Aug. 31, 2016, West was killed within hours, evidence showed. Her body was dumped in an abandoned house in Orange, N.J., which the killer then set on fire–complicating the identification of her remains for some two weeks.

Joanne Brown was 33 years old when she was killed roughly six weeks later. Her body was also dumped in a vacant home in Orange and discovered last on Dec. 5, 2016. Then-Jersey City University student Sarah Butler was killed just before Thanksgiving that same year. Her body was discovered on Dec. 1, 2016. Both Brown and Butler had been duct-taped across their face and then strangled to death with an article of clothing, a detective’s affidavit said.

Wheeler-Weaver approached Butler days before the slaying via the Tagged app to solicit her for sex. He offered her a relatively large sum of $500, and his victim was clearly nervous at the offer.

Butler’s body was eventually found buried underneath a pile of sticks and leaves on Eagle Rock Reservation in West Orange, N.J.

“This defendant somehow thought that he could kill these women without anyone caring,” Acting Essex County Prosecutor Theodore N. Stephens, II, said after the killer was convicted. “The investigation undertaken by our office, in cooperation with others in law enforcement, makes clear that those of us in law enforcement would not allow that to happen. The jury’s verdict makes clear the community would not either. Every victim is important, and we pursue each case was an unwavering commitment to produce the best outcome possible based on the evidence we can gather.’’

“The defendant believed these victims were disposable,” Assistant Essex County Prosecutor Adam Wells said on Wednesday. “They were killed and then he went on about his day as if nothing had happened. But each of these women’s lives mattered.”

The COVID-19 pandemic repeatedly delayed sentencing in the high-profile Garden State murder case, according to NorthJersey.com.

Wheeler-Weaver was convicted on the strength of some 40 witnesses, incriminating Google searches, a disastrous police interview and a very small amount of DNA evidence that was caught underneath Butler’s fingernails. Friends of Butler’s also played an integral role, according to Essex County authorities, by setting up a fake social media profile to lure the killer to a meeting in Montclair, N.J.

Key to the prosecution was also his fourth would-be murder victim, Tiffany Taylor, who was kidnapped and sexually assaulted before outsmarting her assailant by spooking him with the prospect of jail–in the process confirming his identity and intent to kill, though police initially wrote her off and threatened to arrest her for prostitution. Taylor spoke out during the Wednesday proceedings.

“My whole life is different; I don’t wear makeup anymore; I don’t have friends. I’m always paranoid. But I’m happy to still be here,” she said, before directly addressing the judge and saying: “I hope you don’t show him any remorse, because he’s not showing any remorse.”