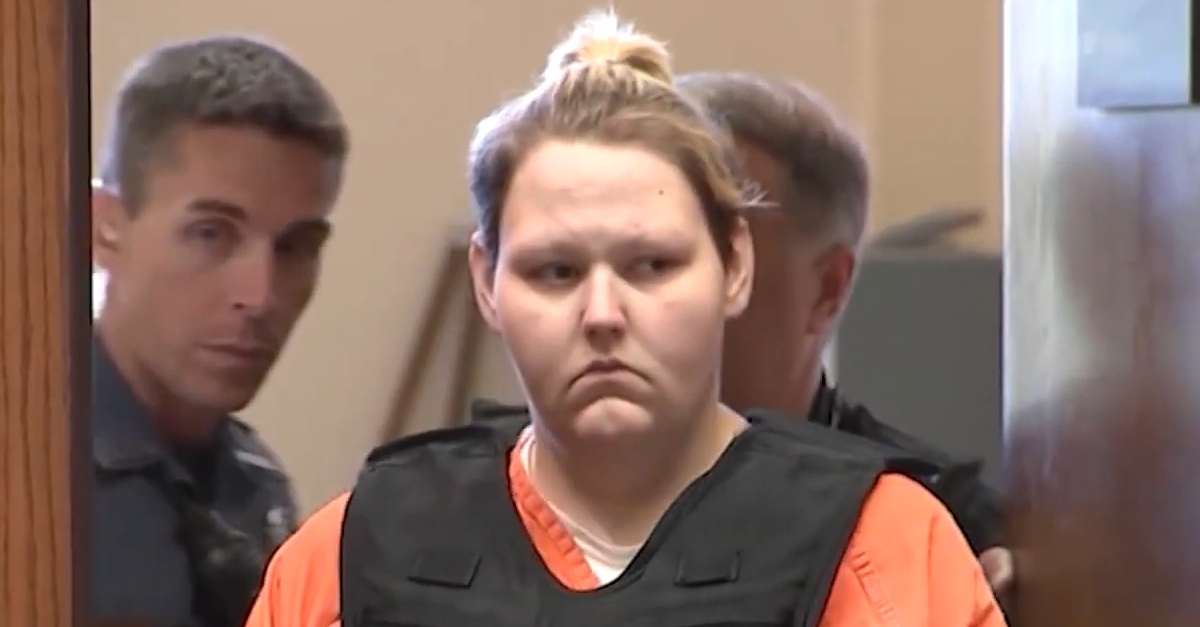 Legal jeopardy has intensified for the woman who allegedly failed to protect her 5-year-old son from his own father. That 5-year-old son is now presumed to be dead, and his father has been convicted of murder.

Daniels’ son Joe Clyde Daniels, who was on the autism spectrum and also non-verbal, died at the hands of his father Joseph Ray Daniels, 31.  A jury convicted the father in June of second-degree murder and other charges. The child’s elder brother Alex, who was eight years old during the 2018 murder, testified that “Baby Joe” got up from bed and urinated on the floor.  Joseph Ray Daniels then beat Baby Joe. Alex testified to seeing his father take his brother outside.

#JosephDaniels – Alex testifies he heard a loud bang. He sat there for a couple of minutes then went out of the bedroom. He saw Baby Joe on the floor. Then saw Joseph take Joe outside and lay him in the yard. @LawCrimeNetwork

Krystal Daniels is alleged to have changed her story on whether she saw Joseph Ray Daniels kill the child. She has denied knowing her son’s whereabouts.

“I’m with the public,” she said in an interview with WTVF in 2019. “You know, I want to know where he’s at and if he’s OK. Or if Joseph actually did anything to him.”

Her trial is set to begin February 2022.

Joseph Ray Daniels confessed to investigators that he did it, though only after initially saying the boy escaped home.

As described by Agent Joey Boyd of the Tennessee Bureau of Investigation during direct examination, Daniels gave “several different iterations” on whether he was angry at Baby Joe for peeing on the floor that night, whether the defendant went straight back to sleep that night, where Daniels removed locks to the home, and so on. Prosecutors argued that Daniels killed his son out of spite toward Krystal Daniels, who was planning to leave him and was getting money out of Baby Joe’s condition.