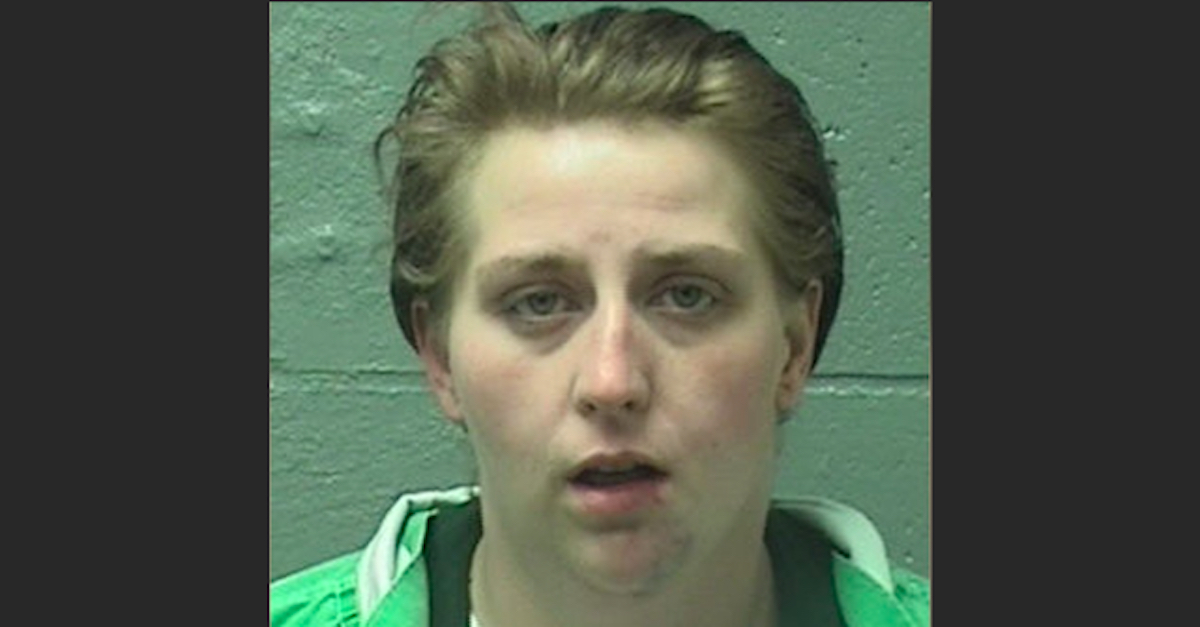 A mother in California was arrested after police say she got caught trying to drown her 4-year-old son in an irrigation canal and then attacked the police officer who intervened — including by making several attempts to take the officer’s gun, The Sacramento Bee reported. Officers with the California Highway Patrol took Taylor Delaine Green, 31, of Dobbins, into custody on Tuesday and charged her with one count each of attempted murder, felony cruelty to a child, resisting arrest, attempting to remove or take a firearm from an officer, and driving under the influence of drugs or alcohol.

According to the report, the CHP responded to calls about a 2005 white Dodge Caravan blocking traffic on Woodruff Lane east of Armstrong Road. Upon arriving at the scene at approximately 6:30 p.m., an officer was checking the empty vehicle when he reportedly heard screams coming from approximately 100 yards west of the vehicle. He followed the sound of the yelling and reportedly found Green and her young son in the weeds lining an irrigation canal.

The officer reportedly noted that Green was “acting irrationally and appeared to be under the influence of a controlled substance,” CHP officials said. They also referred to Green as “extremely combative.”

As the officer continued to approach Green, he reportedly realized she was holding the young boy face-down and appeared to be trying to “smother him in the muddy embankment,” CHP said. The officer then attempted to reach for the child, but Green reportedly jumped into the canal and “completely submerged herself and the child in approximately 5 feet of water.”

The officer jumped in after the child and was able to wrestle him free of his mother’s grip while she was reportedly holding him underwater. After separating the boy from his mother, the officer reportedly began crawling back toward the shore while holding the child with one hand, but even then, Green allegedly would not relent. The officer tried to drag the boy out of the canal, but as he got to the embankment, Green reportedly grabbed the officer and tried to pull both him and the child back into the water.

Using one hand, the officer reportedly “fought with Green for several minutes while holding on to the child in his other hand,” according to CHP. During the ensuing struggle, the officer claims Green tried to take his service weapon “multiple times” while “she continued to violently resist.”

The melee ended when a sergeant with the Yuba County Sheriff’s Office arrived on the scene and the officer in the canal was reportedly able to pass him the boy. The sergeant was able to get the child to safety and additional law enforcement officers with the sheriff’s office and Marysville Police Department arrived soon after and helped take Green into custody.

Following her arrest, Green was processed and booked at the Yuba County Jail. As of Wednesday she remained in custody and a judge set her bond at $500,000 according to online records.

According to a report from The Los Angeles Times, Green may face a second attempted murder charge for trying to pull the officer underwater.

CHP spokesperson Brian Danielson told the LA Times that the child was safe and had been released into the custody of his father. Danielson also said the sheriff’s office and Child Protective Services would be following up with the family to ensure the child’s continued safety.

CHP did not immediately respond to an email from Law&Crime seeking additional information on the incident and checking on the officer’s condition.