Missouri Woman Who Couldn’t Afford Divorce Shot Husband in the Back of the Head, Blamed Intruder: Police 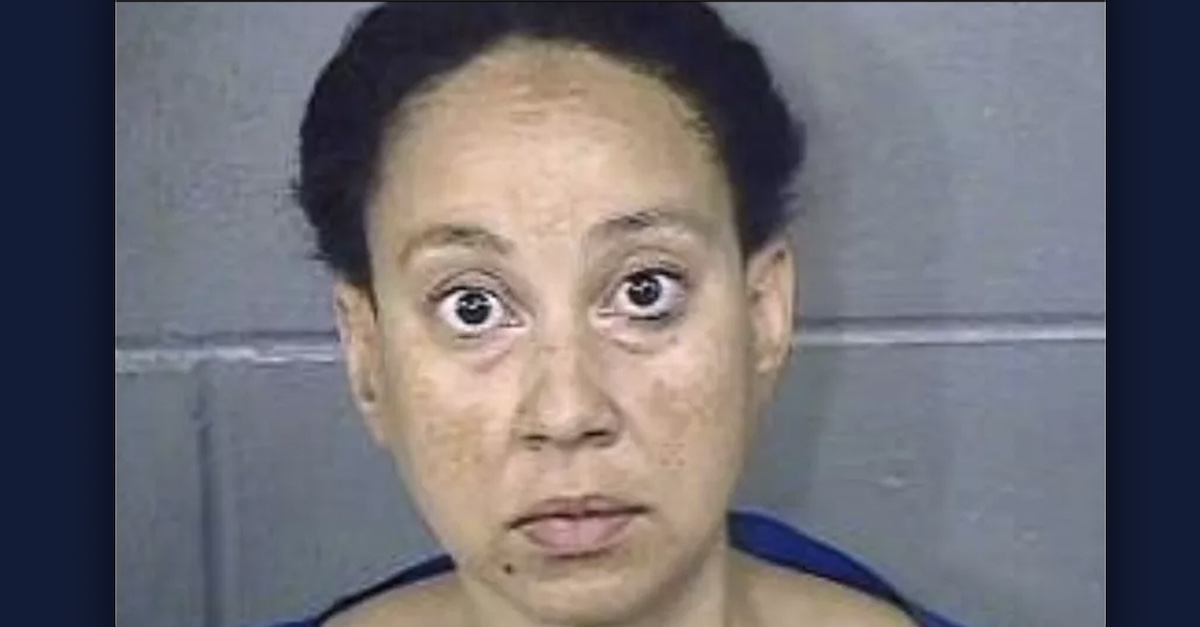 A Missouri mother may face the death penalty for allegedly fatally shooting her husband of nine years in the back of the head as he slept in their bed, court documents show.

Melanie M. Biggins, 40, was taken into custody on Wednesday and charged with one count each of first-degree murder and armed criminal action in the death of Etienne L. McEwan.

According to a probable cause affidavit obtained by Law&Crime, officers with the Kansas City Missouri Police Department at approximately 1 a.m. on Aug. 31 responded to a reported shooting at a residence located in the 1700 block of Gillespie Place. Upon arriving at the address, first responders encountered the couple’s two young daughters, ages 10 and 11, who were waving their arms to flag down police. They entered the home and went upstairs where they found Biggins administering CPR on her husband, who was “laying on the bed in a pool of blood.” Emergency Medical Services arrived at the scene a short while later and pronounced McEwan dead.

Biggins allegedly told police that she “woke up to the sound of a gunshot and noticed her husband was shot but did not see who did it.” She claimed she then went downstairs and found the front door opened.

Investigators said they quickly determined that the shooting was not a suicide and found no signs of forced entry.

“A pillow was located on the floor at the foot of the bed with apparent blood and a hole through it. Crime scene personnel were able to locate a projectile in the stuffing of the pillow. A blanket was also located on the floor with a hole through it and apparent gunpowder burns around the hole,” the affidavit states. “In the closet of the bedroom, an empty black handgun case for a Charter Arms .38 Special was located on the top shelf. In the next door room, a purple/black Charter Arms .38 Special, was located underneath a bunk bed. The firearm had one spent shell casing still inside of the cylinder in the top position.”

Two children, whose names are redacted in the document, allegedly told investigators that they woke up to the sound of a gunshot. The two then went downstairs and found their mother sitting on the couch, documents said. One of the girls allegedly said that Biggins looked “as if she had seen a ghost.” The girls then went upstairs and entered their parents’ bedroom, according to investigators.

“She entered her parents’ bedroom and observed the victim lying on the bed so she turned on the lamp next to the bed. [Redacted] immediately noticed that the victim was bleeding, so she ran back into her room to call the police,” the affidavit states. “[Redacted] handed the phone to BIGGINS and the call takers told her to begin CPR. While BIGGINS was doing CPR, she could hear the victim gurgling blood.”

In a second interview with police later that day, Biggins claimed that she was awoken by the sound of a gunshot and found her husband bleeding next to her. She allegedly said that she never left the bedroom prior to police arriving at the scene — allegedly contradicting her daughters as well as her own initial statement regarding finding the front door open.

Biggins initially stated that the only gun in the home was her husband’s rifle, which  was stored in the closet, according to the affidavit. When confronted with purchase records, however, she allegedly admitted to buying the .38 Special in July of 2022. Police say she was “unable to explain” how the firearm ended up under a bed in another room.

Additionally, Biggins allegedly admitted that she wanted to leave her husband for another man.

“When asked about her relationship with the victim, she said they were legally married for 9 years. Due to financial problems, she has been in an intimate relationship with another man for a year and a half,” the document states. “BIGGINS has also wanted to get a divorce from the victim but due to their financial struggles, that is currently not an option.”

Biggins is currently being held in Jackson County Jail on $50,000 bond. Prosecutors had requested bond be set at $250,000. If convicted of first-degree murder, Biggins faces the death penalty or life in prison.