Missouri Woman Charged with Double Murder After Two Men She Asked to Rob Drug House Were Shot by Occupant Inside: Sheriff 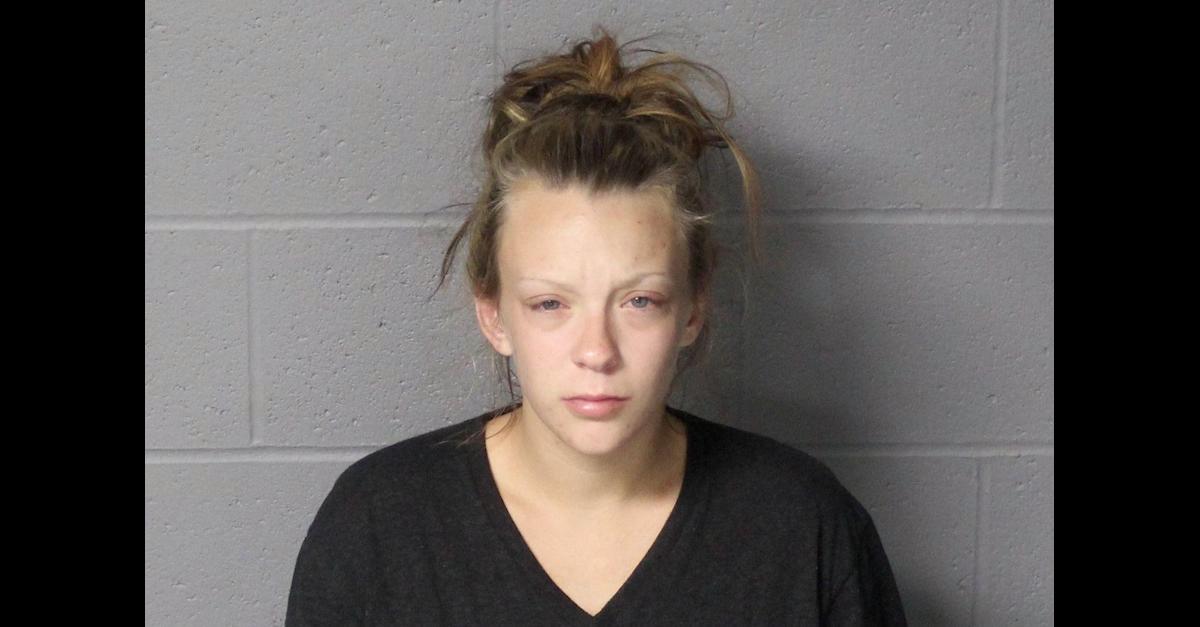 A Missouri woman is charged in the shooting and killing of two men about an hour southwest of St. Louis.

Franklin County Sheriff Steve Pelton wrote on Facebook that his office received a call at about 5:30 in the morning on Friday indicating that a shooting had occurred in the 3300 block of Lollar Branch Road in Sullivan, Mo. Deputies first located a 23-year-old male from Gray Summit, Mo., who was pronounced dead at the scene by EMS workers. A 23-year-old male from Saint Clair, Mo., was taken to the Missouri Baptist Hospital in Sullivan where he subsequently died.

The sheriff said initially that he did not believe there was an outstanding threat to the community. He subsequently indicated by 9:10 a.m. Friday that a person of interest had been located.

Sheriff Pelton indicated that Marie E. Pursley, 23, of Pacific, Mo., was charged with two counts of second-degree murder in connection with the killings. She’s also charged with one count of attempted first-degree robbery.

Pelton indicated in the Saturday update that Pursley went with the two victims to steal drugs from “the persons at the residence” when the shootings occurred.

“She escorted them to the residence and dropped them off a few hundred yards from the residence knowing that they had firearms in their possession to commit the crime,” the sheriff continued. “Mrs. Pursley went inside the residence and started doing narcotics with the homeowner when the other two males came into the dwelling and confronted the homeowner” by “pointing guns at him.”

Another “occupant” inside the home witnessed the events, grabbed a gun, and “ordered the males to drop their guns,” the sheriff said. “A physical confrontation ensued along with gun shots being fired. As a result the two males were killed.”

“Further charges will be applied for pertaining to [a] narcotics violation,” the sheriff added.

He didn’t indicate whether the “occupant” who pulled the trigger would face any charges.

Case information regarding the murder charges was not immediately available in a statewide court database.

However, that database indicates Pursley has an outstanding case dating back to January 25, 2021, over the alleged possession of drug paraphernalia and the alleged displaying or possession of a fictitious, canceled, suspended, revoked, or altered driver’s license.

She previously pleaded guilty to domestic assault over incidents dated September 20, 2018; December 15, 2015; and July 31, 2015, court records indicate. She also pleaded guilty in Jan. 2017 to two counts of possessing marijuana after a September 17, 2015 incident.

Under Missouri law, Pursley is charged with second-degree murder under the state’s felony murder law. The relevant statute reads as follows:

A person commits the offense of murder in the second degree if he or she:

Second-degree murder is a Class A Felony in Missouri. It can be punished by 10 to 30 years behind bars or by life in prison.