Missouri Landlord ‘Viciously Stabbed’ Tenant More Than 30 Times in Front of Fiancée Over Complaint About Lack of Heat: Cops 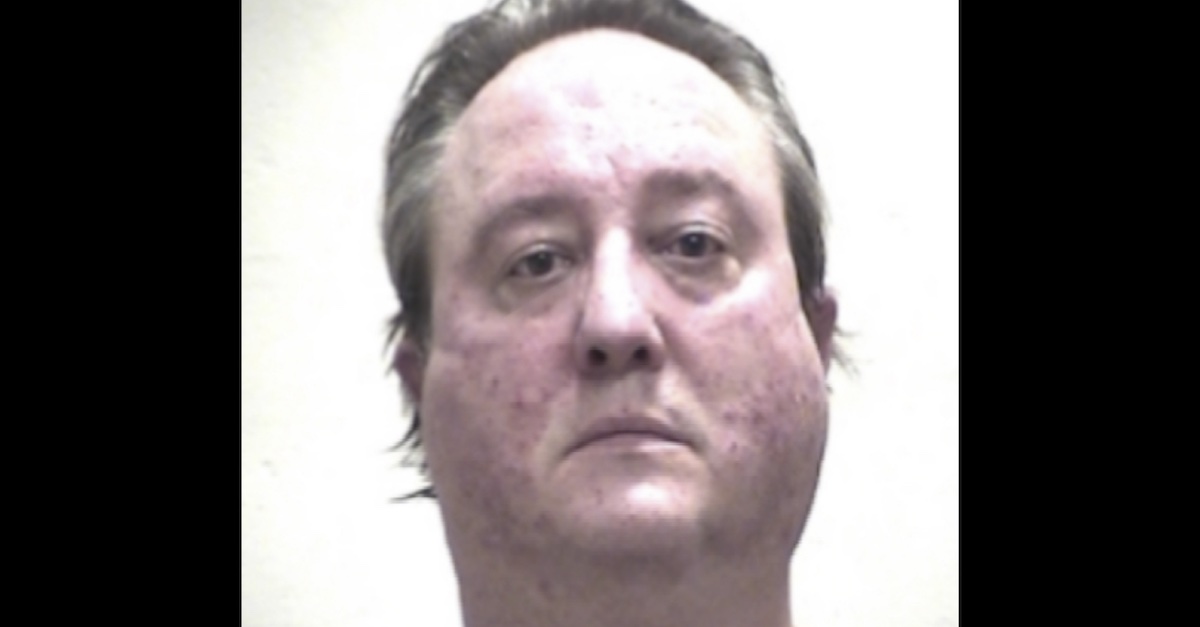 A Missouri landlord was arrested after allegedly stabbing a new tenant more than 30 times in front of the victim’s fiancée because the man complained about the heat in the residence not working.

Gordon T. McBeth, 44, was taken into custody on Friday and charged with second-degree murder and armed criminal action in the death of Darryl “Brent” Gilland, the Kansas City Star reported.

According to the report, officers with the Kansas City Police Department at approximately 3:30 p.m. on Friday responded to a 911 call about a stabbing at the home Gilland and his fiancée recently began renting in the 6200 block of North Topping Avenue. When first responders arrived on the scene, they reportedly found McBeth being held at gunpoint by another person, later identified as a neighbor. Gilland was reportedly lying face down in a pool of blood after suffering what appeared to be multiple stab wounds to his chest, back, arms, and legs. Emergency Medical Services paramedics declared Gilland dead at the scene.

Court documents obtained by Kansas City FOX affiliate WDAF-TV state that McBeth arrived at the home after Gilland and his fiancée texted him about the heat not working. Gilland’s fiancée — later identified as Samantha Pohlman — reportedly told investigators that the messages were respectful.

“[Gilland] just messaged him like, ‘Hey, can we please just do something about the heating situation,” Pohlman told Kansas City CBS affiliate KCTV. “At first, the guy was perfectly nice about it. He was like, ‘yeah I’ll come over and we’ll do that’ and then just out of nowhere he completely flipped and acted like we were asking too much and being a complete burden.”

Witnesses reportedly told investigators that McBeth was driving erratically before pulling into the couple’s driveway and was then immediately aggressive towards the two. Pohlman reportedly said he began throwing things at her as soon as he got out of his car. When Gilland attempted to intervene, McBeth reportedly pulled out a “large hunting-style knife,” which he pointed at Gilland while threatening to kill him. Just moments later, he allegedly began stabbing Gilland repeatedly. Pohlman reportedly told police that she ran screaming to a neighbor’s home.

Several neighbors reportedly told police that they heard “horrific screaming” as Pohlman fled in search of help. One of the neighbors, who was not identified by police, grabbed his personal firearm and went to Gilland’s home. He reportedly told investigators that when he arrived he saw McBeth atop Gilland holding a knife.

Court documents state that the neighbor ordered McBeth to get on the ground and then held the suspect at gunpoint until police arrived. Other neighbors reportedly tried to help Gilland, but he died before paramedics arrived.

According to the probable cause statement submitted in Kansas City Judicial Circuit Court, investigators concluded that McBeth “viciously stabbed a man to death for no apparent reason.”

Gilland’s mother, Donna Groves, told KCTV that she was still struggling to understand what happened to her son.

“Over nothing. I’m still in shock. I still can’t believe it,” she told the station.

She also gave credit to Pohlman and the neighbors for making sure McBeth was caught.

Gilland’s family set up a GoFundMe page for his funeral expenses. A message on the GoFundMe said that Gilland and his fiancée had only been living in the residence for a week:

On Friday, October 22, 2021, several lives were impacted by the passing of Darryl “Brent” Gilland. Midday, Brent requested his landlord assist with the heat being turned on in his newly rented house – he and his fiancé had only lived in the home less than a week. Upon arrival to the property, their was some sort of discussion that caused the landlord to snap and pull out a knife threatening both Brent and his fiancé. Samantha immediately ran to the neighbors house next door for help but by the time they returned Brent had lost his life due to multiple stab wounds. The neighbors were able to hold his killer at gun point until the cops arrived.

As you can imagine, we are all extremely devastated and in shock over the tragic loss of our loved one.

The campaign has raised more than $6,000 as of Tuesday afternoon. Gilland will be buried in Indiana next to his grandparents, with whom he had a close relationship.

McBeth is currently being held on $1 million bond. He reportedly entered a plea of not guilty during a court proceeding Monday morning. He is scheduled to appear in court again on Nov. 2 for a bond reduction hearing.

In August, a Las Vegas landlord was arrested after police said he murdered two of his tenants to avoid the lengthy eviction process. Arnoldo Lozano Sanchez was charged with two counts of murder and one count of attempted murder.