Missouri Educator Gets Decades in Prison for Sexually Exploiting a 12-Year-Old Girl He Taught in China, Telling Her to Send Him ‘a Naked Video’ 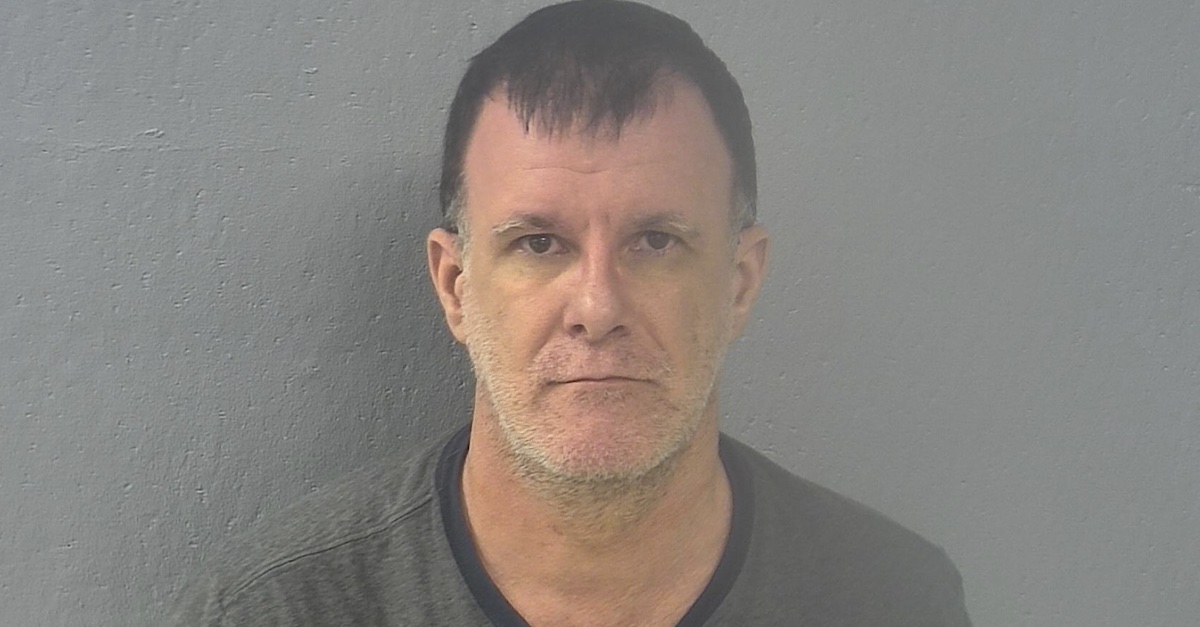 A 48-year-old Springfield, Missouri man who taught the English language to students in China has been sentenced to more than four decades in prison for his sick scheme to get a 12-year-old female student to send him sexually explicit videos. Curtis J. Baldwin was sentenced on Friday to 41 years in prison for sexually exploiting a child and for receiving and distributing child pornography, the Department of Justice said.

If Baldwin ever gets out prison, he would be in his late eighties and would still be on supervised release for the rest of his days. The sentence was handed down a couple weeks shy of a year after Baldwin pleaded guilty to two federal crimes on Oct. 5. 2020.

The sentencing memoranda in the case were sealed, but the complaint tells the story of how and why Baldwin lost his job at EF Education First and then fled China for the United States, where he sexually exploited a girl (“Jane Doe 2”) he used to teach.

The complaint said that “on or about November 14, 2019, Jane Doe 1, an approximately 5-year-old Chinese female, who was a student at EF Education First China School, a location in China, informed her parents that Baldwin had touched her inappropriately. The parents of Jane Doe 1 reported her disclosures to EF Education First personnel.”

From there, “School personnel reviewed surveillance camera footage from the school facility’s Closed Circuit TV (CCTV). The surveillance footage consisted of 10 videos between 14 and 43 seconds in length. The description provided by school personnel indicated that the videos depicted Baldwin kissing (on the lips and face), hugging, and possibly touching Jane Doe 1 on her ‘private areas,'” the complaint continued.

Baldwin apparently claimed when questioned about this that he was disciplining the 5-year-old. The school officials didn’t buy it and took steps to fire Baldwin, but before he could officially be fired he fled the country back to the United States on Nov. 20, 2019. Just one month later, the school got another complaint about Baldwin.

“On December 25, 2019, EF Education First China School personnel received a complaint from the parents of Jane Doe 2, a 12-year-old Chinese juvenile female. Jane Doe 2’s parents reported that Baldwin had contacted Jane Doe 2 via the WeChat application. WeChat is a Chinese multi-purpose messaging, social media, and mobile payment application,” the criminal complaint said. “Baldwin demanded Jane Doe 2 produce sexually explicit pictures and/or a video of herself to send to Baldwin. Baldwin stated in the WeChat messages that if Jane Doe 2 failed to do this, he would publicize a video he had of Jane Doe 2, which appeared to depict Jane Doe 2 engaged in sexually explicit activity, on the Internet.”

Documents showed that Baldwin told the 12-year-old he had “moved back to America” and asked her “How are you?” After the girl replied “good,” Baldwin started asking her for pictures and attempted to blackmail the victim with an image that, he said, showed the victim “playing” in class:

Later, Baldwin writes, “I have something I want to show you. I have not shown this to anyone yet. One day during class I noticed you playing. So, I got the security video.” Baldwin then sends Jane Doe 2 what appears to be a video. A still image of the video is depicted in the screen shot of the dialogue. The image shows an individual clothed and seated at what appears to be a school desk. The individual’s right and left hands are positioned between their legs. The individual’s face is not visible in the still image. The device that recorded the video appears to be positioned at the same level as the individual’s groin area.

Here is the back-and-forth that Baldwin and the victim had:

Baldwin: It looks like you were having fun. I have not shown this to anyone, but I might put it in the internet for people to see. Unless you send me some pictures.

Baldwin: I want to see all of you.

Jane Doe 2: why you done that to me

Baldwin: I have not shown to anyone. Nobody knows. I want you to send me a video of you doing that with no clothes on.

Jane Doe 2: but could you delete

Baldwin: Or I will put this video on the internet for everyone to see.

Baldwin: If you send me a video, I will delete it. I want you to send me a naked video of you.

Shortly thereafter the victim’s father got involved and told Baldwin he was going to call the police.

“I will put the video on the internet,” Baldwin replied.

In March 2020, the feds executed the search warrant at Baldwin’s residence, where they “made contact with Baldwin, who had been in his bedroom, and Baldwin’s mother.” The complaint said that Baldwin claimed he thought the victim was 16 or 17 years old.

According to the DOJ press release, further investigation revealed that Baldwin’s MacBook Pro had child pornography videos on it showing “minor Chinese females” — Baldwin’s students — “engaged in sexually explicit conduct.” Authorities also uncovered a crime against a child in Missouri.

“The files also contained a sexually explicit video titled ‘My First Project,’ created by Baldwin of a minor female in Springfield,” the DOJ said.