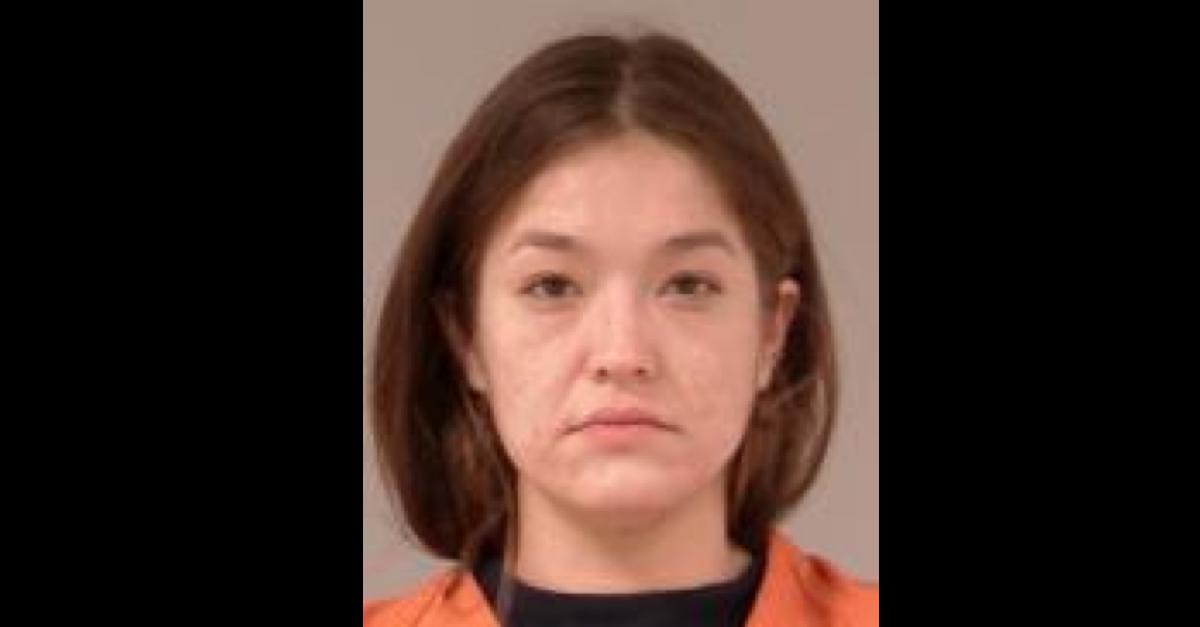 A 33-year-old Minnesota woman has been charged with murder after allegedly admitting to killing her mother by squeezing her “like a python” until she died. She reportedly claims that her mother attacked her.

Cassandra DuSold, of New Market Township, initially told police that she and her mother, 69-year-old Dorothy DuSold, were eating and watching a movie together at home on Jan. 19, according to a report by local CBS affiliate WCCO.

Cassandra said she went into the kitchen to get tea, the WCCO report said, citing a criminal complaint charging her with second-degree murder. She told police that she heard a thud and then found her mother on the floor of the bedroom.

That’s when she called 911 and reported that her mother wasn’t breathing, according to WCCO

Fire department personnel found Dorothy lying on the ground with no pulse and administered aid, the report said. Cassandra was allegedly the only other person home at the time.

According to a report in the Minneapolis Star Tribune, the complaint said medical personnel who tended to Dorothy at the home and at the hospital said she had “significant bruising” around her eyes.

They also noted injuries on other parts of Dorothy’s face, blood behind her head and coming out of her ears, scratches on her upper left chest and slight bruising on one shoulder, the Star Tribune report said.

Cassandra soon changed her story, however, and told detectives that she was the one who attacked her mother, according to the Star Tribune.

Cassandra allegedly told police that Dorothy “met her with claws” and scratched one arm, the Star Tribune report said. Cassandra then put Dorothy in a chokehold, saw she was bleeding, and called 911, according to the report.

Cassandra allegedly said that when Dorothy attacked, her “brain went into neutralize,” WCCO reported. Cassandra allegedly told police that she put her mother in a chokehold and “squeezed like a python so hard that it made her ribs hurt,” according to the WCCO story.

The Star Tribune said that both Cassandra and Dorothy fell to the floor.

“I’m the thud,” Cassandra allegedly told police, according to WCCO.

According to WCCO, the complaint says that Cassandra said she feels “f—ing terrible” about what happened, and she “fully knows right from wrong.”

Dorothy was taken to a hospital, and on Saturday, she was declared brain dead and taken off life support, the Star Tribune report said.

Cassandra was arrested at the scene, the Star Tribune reported. Jail records show she remains in custody on $1 million bail and is facing a second-degree murder charge.

Dorothy’s survivors include Doug DuSold, the Star Tribune story said. He is listed as the Vice Chair of the New Market Township board of supervisors.