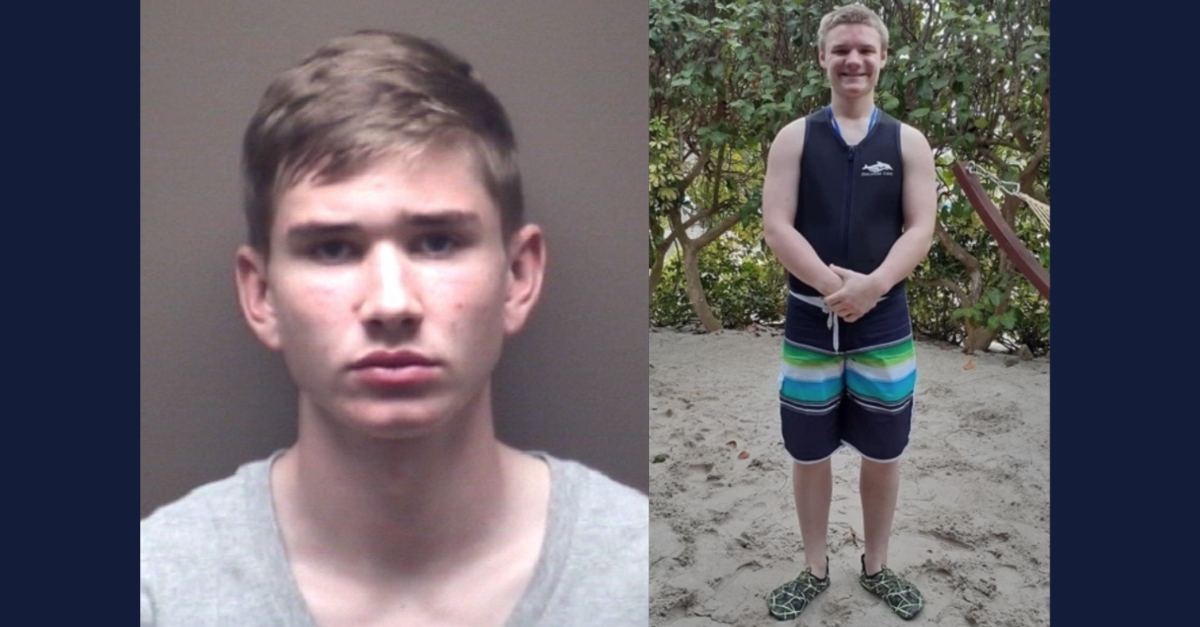 Booking photo of Patrick Gilmore (left). Police previously released an image of Lane Roslund during the search for him.

A young Michigan man has pleaded guilty to murdering another teen by firing a crossbow bolt at his chest last September. Patrick Hunter Gilmore, 18, confessed to shooting Lane Roslund, 17, in the chest, and burying him, Barry County Prosecutor Julie Nakfoor Pratt told WOOD-TV.

Originally charged with open murder, the defendant pleaded guilty to first-degree murder. In return, Pratt’s office dropped a count of concealing the death of an individual. The prosector said, however, that she did not have any information on why Gilmore carried out the act in the first place.

Pratt said prosecutors are seeking a life sentence without the possibility of parole, but the defense can ask for less. In a 2012 case, the Supreme Court of the United States ruled that it was unconstitutional to give minors mandatory life sentences without parole, but the court has softened restrictions on this outcome in recent years.

Gilmore’s attorney of record did not immediately respond to a Law&Crime request for comment.

Roslund, a resident of Hastings Township, Michigan, told his boss he was going to Houghton Lake in Roscommon County, but family over there said he did not arrive, according to radio station WBCK. The victim was considered missing since around Sept. 10, 2021. Authorities have said they found Roslund the following month buried in a shallow grave behind a home where Gilmore and the suspect’s grandfather lived.

Detectives said they first questioned Gilmore, then 17, and later charged as an adult on Oct. 12, 2021 after people said Roslund could have been heading to his home, according to WWMT. Gilmore denied being involved but later confessed to shooting Roslund with the crossbow and burying him. He was the one who led investigators to the body, authorities said.

Gilmore allegedly said he put Roslund’s sweatshirt, cell phone, and bike near the Thornapple River to suggest that the slain teen actually drowned—in an attempt to throw investigators off the trail.

Investigators said they discovered two crossbows in killer’s basement, as well as a crossbow bolt without a broadhead in the woods.