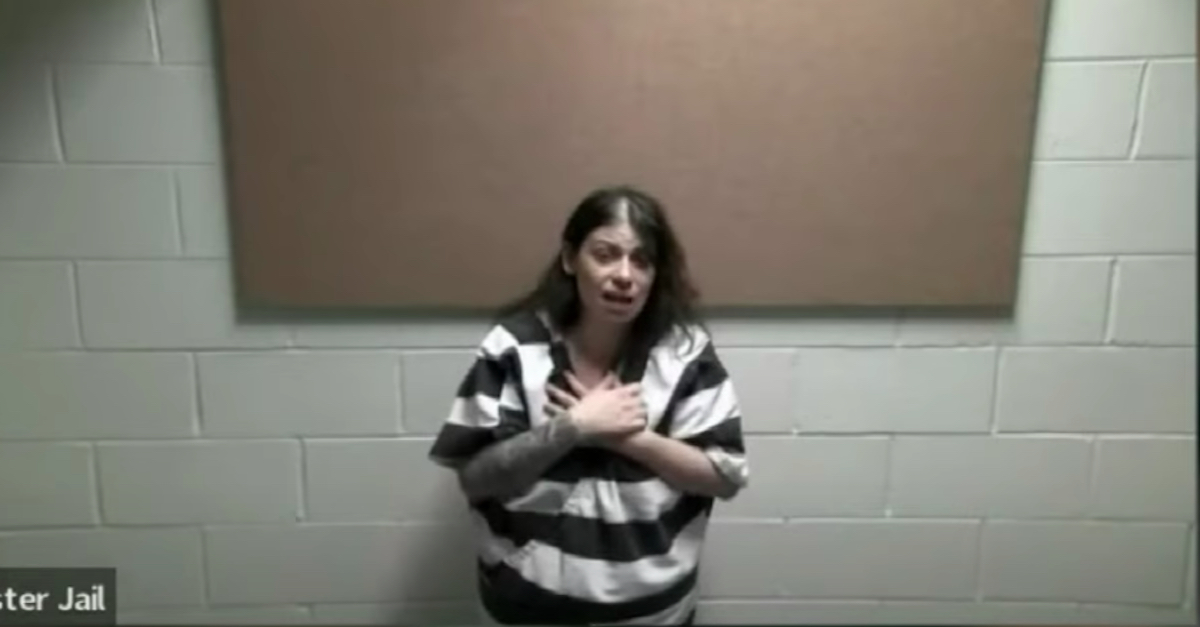 Sara Vae Boles appearing for her arraignment from Inkster Jail.

A 36-year-old mother in Michigan is facing a slew of felony charges after she allegedly tried to cut the throats of her two young children before police used a brute force entry to intervene, authorities say. Sara Vae Boles was taken into custody and charged with attempted murder for allegedly attacking her infant son and toddler daughter inside their home on New Year’s Day, leaving them both hospitalized in critical condition, Detroit NBC affiliate WDIV reported.

Authorities say that the attempted slayings occurred in Inkster, a Michigan city some 20 miles west of Detroit. According to the report, officers with the Inkster Police Department on Jan. 1 responded to a 911 call requesting a welfare check on a home located in the 29500 block of Grandview Street, in the area of Middlebelt Road and Avondale Avenue at approximately 9 a.m. Upon arriving at the scene, first responders reportedly knocked on the front door of the home but no one came to the door. The officers then walked around the perimeter of the property, which is when one of them reportedly heard the sound of a child crying inside the home.

Assistant Chief of Police Bill Ratliff reportedly said that the officers then went back to the front of the residence and forced their way inside by kicking the door in. Once inside, the officers reportedly followed the sound of crying through the home to a bathroom on the first floor. There, they allegedly found Boles “kneeling over” her two young children—a 1-year-old boy and a 3-year-old girl—both of whom were reportedly bleeding and appeared to have suffered severe lacerations to their throats and neck. The children’s names were not released by authorities.

When the officers attempted to intervene, Boles allegedly “struggled” with the officers before they were ultimately able to place her under arrest. The officers reportedly found a knife in the bathtub which investigators believe was used to slice and stab the children. The weapon was seized as evidence, police said.

The 1-year-old boy was reportedly found unresponsive and one of the officers on the scene performed life-saving procedures until Emergency Medical Services personnel arrived and rushed both children to a nearby hospital in critical condition. Soon after arriving at the facility, the boy was transported via helicopter to the Children’s Hospital of Michigan in Detroit for additional treatment. He is reportedly still hospitalized in critical condition.

The 3-year-old girl was treated and released from the hospital.

The Wayne County Prosecutor’s Office said that Boles is facing two counts of assault with intent to murder, two counts of first-degree child abuse, and one count of obstructing and resisting arrest.

Boles appeared remotely from Inkster Jail in the 22nd District Court on Tuesday morning for her arraignment where a judge set her bond at $100,000. She is currently scheduled to return to court on Jan. 12 for a probable cause hearing.

The Inkster Police Department and the Wayne County Prosecutor’s Office did not immediately respond to requests for comment.