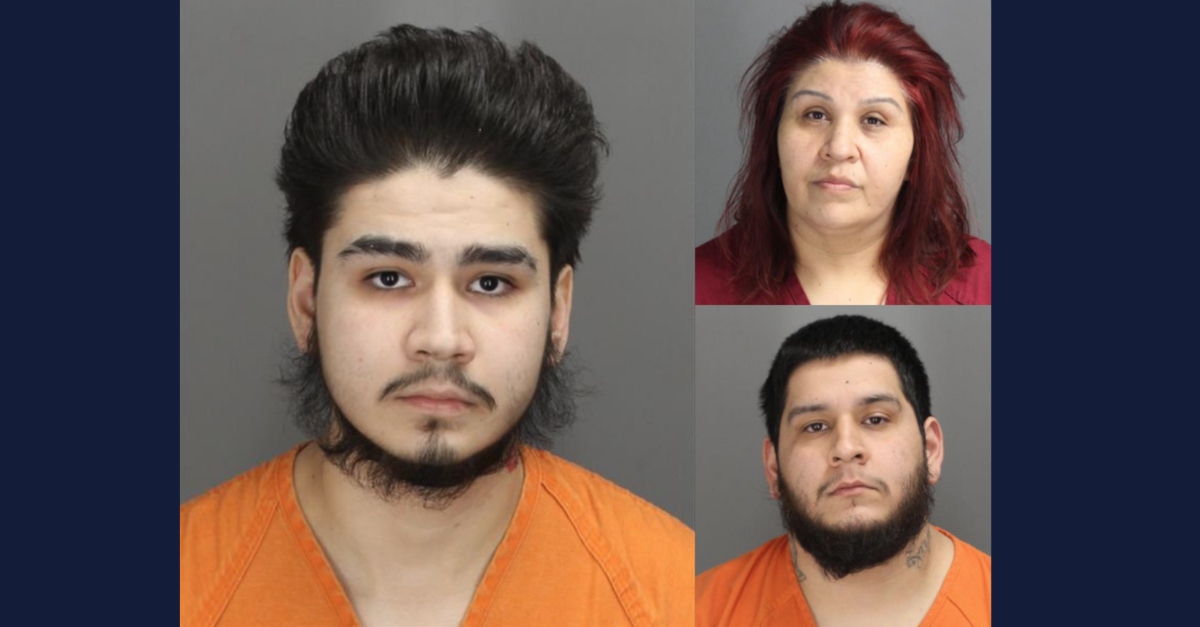 After more than three years, authorities in Michigan believe they have solved a young man’s murder. Emilio Valdez, 20, was found shot in the chest and head in Osmun Lake, a body of water in Pontiac, Mich., about 40 minutes north-northwest of Detroit. Now the authorities claim Angel Jose Alvarez, 22, is the person responsible. The defendant’s mother, Guadalupe Maria Davila-Rodriguez, 46, and his brother Juan Diego Hernandez, 27, are charged as alleged accessories after the fact.

Two men fishing at the lake on June 7, 2018 found suspicious evidence, including a blood-soaked shirt and additional blood both near and on a dock, according to authorities quoted in a WDIV report. Divers found Valdez’s body in the water. Cops said he was alive when he went into the lake.

According to authorities, Valdez’s sister said he got into a black Pontiac Grand Prix that day, but she heard several gunshots before the vehicle sped off. She could no longer get in touch with him, officials said.

Police said they recovered the Grand Prix from Sylvan Lake. Alvarez, whose mother had reported the vehicle stolen, denied involvement in the murder case, investigators said. Investigators said they did not have evidence at the time to prove murder, but they assert that they now do.

“I am proud of our deputies who constantly dig for more information and look for ways to not only solve crimes but to bring perpetrators to justice,” Oakland County Sheriff Michael Bouchard said. “We look forward to those involved in this homicide being held accountable.”

He did not suggest a motive for the killing. Alvarez was arrested for open murder and using a firearm in the commission of a felony.

“We all make mistakes,” Valdez’s sister Melissa Fielder said of the slain man, according to WJBK. “His was trusting people who he thought were his friends.”

She spoke glowingly of Emilio.

“He always wanted to do better than he did yesterday,” Fielder said. “He was that type of person. He had a great mentality. He was the light in the room. I literally can’t say anything bad about him.”