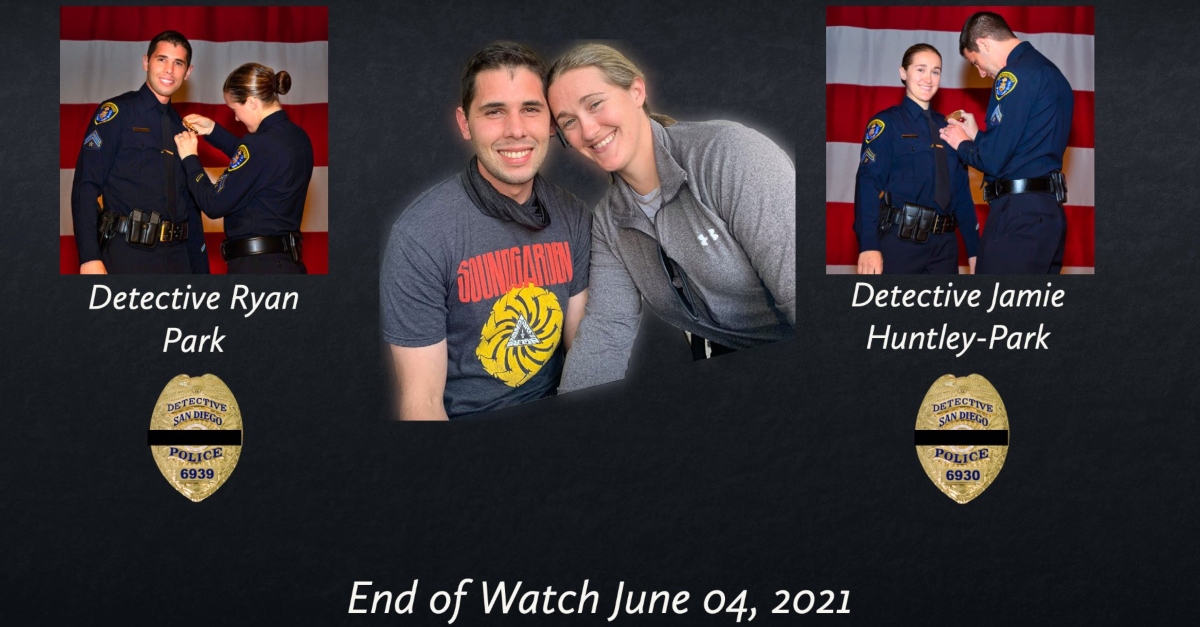 A married couple, both detectives with the San Diego Police Department, died in a crash caused by a wrong-way driver on Friday, police said according to The San Diego Union-Tribune. The other driver was going in the opposite direction on Interstate 5 and hit head-on the sedan of Jamie Huntley-Park and Ryan Anthony Park, authorities said.

“Today, my heart aches as we mourn the tragic passing of two decorated detectives,” San Diego Police Chief David Nisleit said in a tweet Saturday. “I had the honor of promoting Detective Jamie Huntley-Park & Detective Ryan Park in 2018. They were an incredible part of our team who helped countless San Diegans. Please keep the Huntley & Park families in your thoughts and prayers.”

The account from the California Highway Patrol is that at least one person called about a car going north on the southbound lanes, according to the Union-Tribune. People later called 911 about a crash. A woman was in a Honda Civic that burst into flames. A man and a woman were in a blue Fusion sedan.

Thank you to everyone who has reached out today. We ask that you keep the Huntley & Park families in your thoughts and prayers. Rest Easy. pic.twitter.com/ddCyGqgB0Y

In a press conference, Nisleit reportedly said both detectives were off on Friday, though Park was on-call for homicide. “What we’re hearing is they were doing follow-up on cases they were working on,” he said.

“Jamie was an amazing woman, daughter, sister, aunt, coach, friend and wife,” Huntley-Park’s mother Cherisse Huntley told 10News in a statement. “She was our protector, our hero, and will be missed every minute of every day. Jamie loved the community she worked for and all of her law enforcement family. Ryan was everything to Jamie, and together they were one, and we loved them.”

“There is no right way to mourn, and right now my family is at a loss,” Park’s brother Justin said in a statement on behalf of the family, according to the outlet. “Ryan was a necessary lighthouse that held our family together when the winds and seas seemed nearly unbearable. As are family mourns this insufferable loss, we will have to continue because where there is loss, there is a life, and Ryan brought so much light and so much life to so many, and we will continue to to live in a world that Ryan Anthony Park help light and keep alive.”