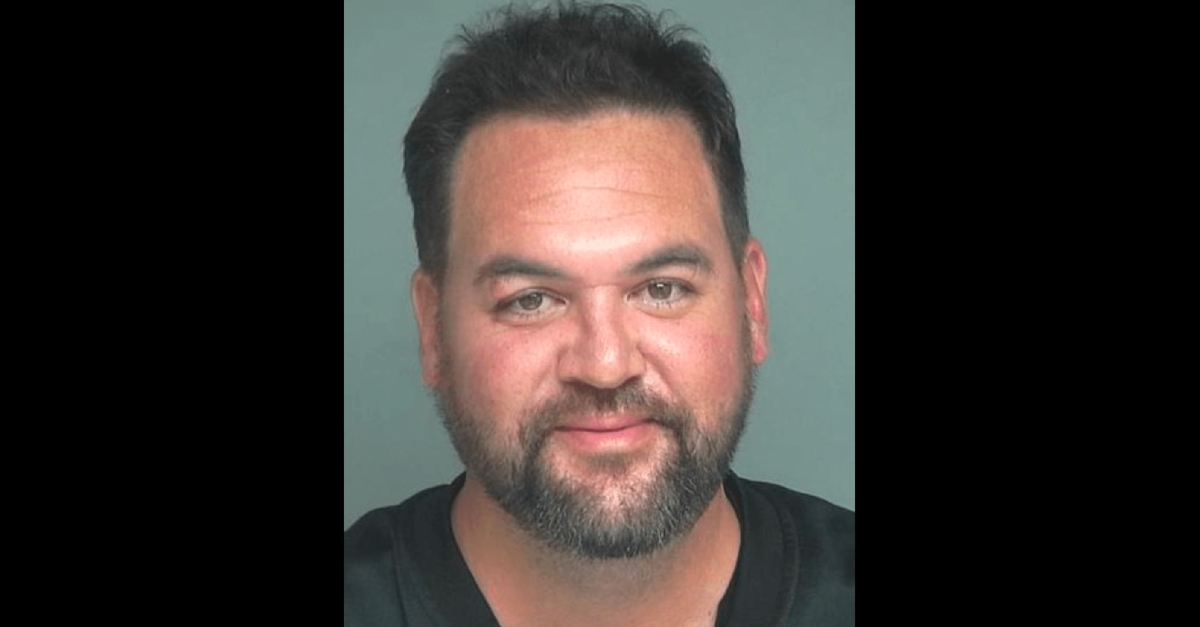 A man, who was armed with two kitchen knives, ambushed his estranged wife at their son’s sporting event, the Garden Grove Police Department said. Russell Husges, 43, was arrested Friday. Incidentally, it was his birthday, according to jail records viewed by Law&Crime.

The defendant showed up at the Chapman Sports Complex in Garden Grove, California on Friday at 7:05 p.m. to “contact his estranged wife,” local police said. The woman was sitting down watching her son warm up on the field. The boy saw Husges, and he called out to his mother that the suspect was approaching from behind her, police said.

What she allegedly saw was the defendant holding kitchen knives in each hand. The woman fled onto the playing field. Husges chased, police said.

As described by police, there were several sporting events for kids going on. In other words, what Husges allegedly did was in broad daylight, at least figuratively speaking. No injuries were reported, however. A youth sports coach and an off-duty officer disarmed the suspect before he managed to hurt the woman, police said. They kept him in custody until on-duty cops arrived.

“Husges was arrested without incident and later transported to the Orange County Jail,” police said.

The alleged motive behind this incident remains unclear. Cops are describing it as attempted murder.

Husges remains at the Orange County Jail on a $500,000 bail as of Sunday morning. Court is scheduled for Tuesday. It is unclear if he has an attorney in this matter.