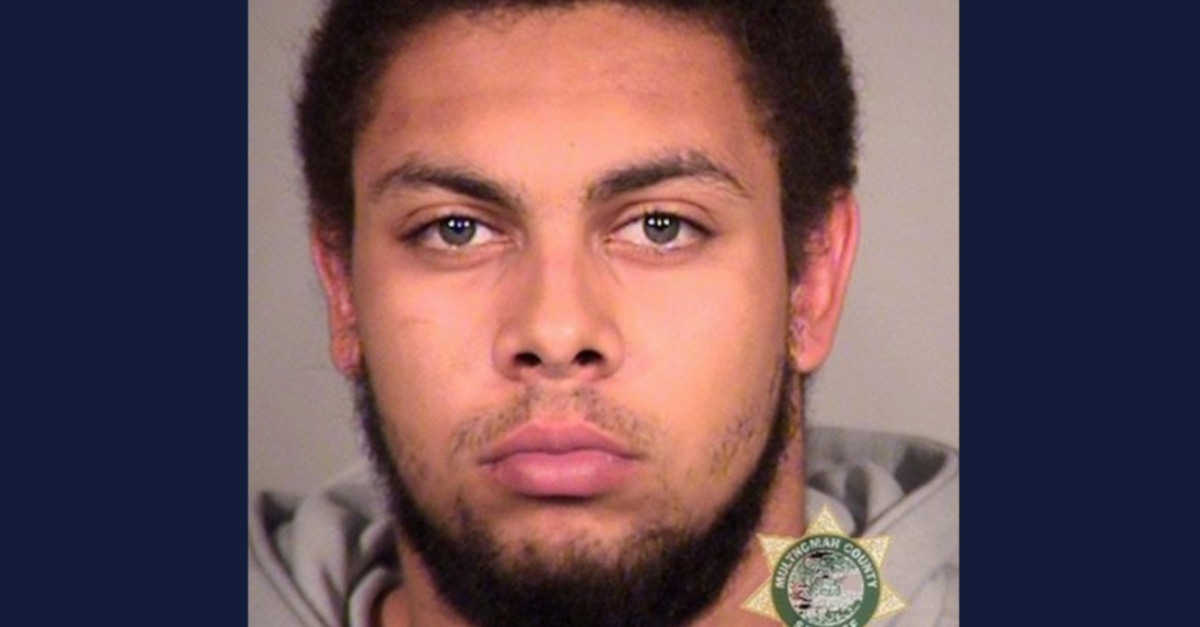 Bond was denied for an Oregon man charged with fatally shaking his son. Dakota Kurtis Means, 22, faces two counts of second-degree murder in Hunter Means‘ death, according to The Oregonian.

He allegedly texted his wife before his arrest, saying he was worried about getting charged with manslaughter.

“You running away make it look like you did something,” she allegedly wrote back. “Whatever feelings you have for law enforcement, put them aside for our children.”

Means was previously sentenced to time served, and one year of supervised release for threatening a federal employee amid the heated, sometimes violent protests over Minneapolis man George Floyd dying in custody. (Jurors later determined Officer Derek Chauvin murdered him.)

Means followed the federal employee on Aug. 24, 2020, cursing this person out while carrying a paintball gun, authorities said.

“It’s a paintball gun now, but it’s going to be an AR later,” he said in the DOJ’s account. Authorities suggested he was talking about an AR-15 assault rifle.

Online records show Means pleaded guilty to one count of assault on a federal officer. He was sentenced back on Jan. 25, 2021. It was the following April that he was at his apartment.

According to officials, Hunter’s mother said she asked defendant Means to change the baby’s diaper while she was going to step out to smoke a cigarette.

At some point, defendant Means allegedly told her to come back in because the baby was crying and needed her. She said no. Means slammed the sliding door and called out to his wife several minutes later. The mother found the baby limp, authorities said. Hunter’s breathing was undetectable. He was six weeks old at the time. He was taken to the hospital, but he died in August.

Dr. Adebimpe Adewusi testified that Hunter’s brain injuries were irreversible. The child was a victim of physical abuse and “abusive head trauma.” These injuries would have made him immediately unconscious, and were too severe to be from an accidental fall or from being dropped, she said.

Investigators assert that Means caused his son’s skull to hit something.

The wife allegedly told investigators at first that she could see defendant Means from the outside of the apartment, but she changed her story, attributing this to Means being outside the interview room.

“He can read me like a book,” she said. Now she claimed that Means had been “really physically violent” to her in the past and “treats me like an animal.”

Hunter and his one-year-old brother also allegedly had signs of healing rib fractures.

Public defender Russell Barnett reportedly argued there was not enough evidence to prove Hunter’s rib fractures. He suggested the baby could have been injured before signs of bran injury became apparent.

“This case absolutely terrifies me,” Barnett said. “Someone can do the best that they can … and be charged with murder.”