Man Who Allegedly Told Cops ‘I Watched Her Die, Bro’ May Spend Life Behind Bars After Pleading No Contest to Strangling Ex-Girlfriend During ‘Heated’ Political Discussion 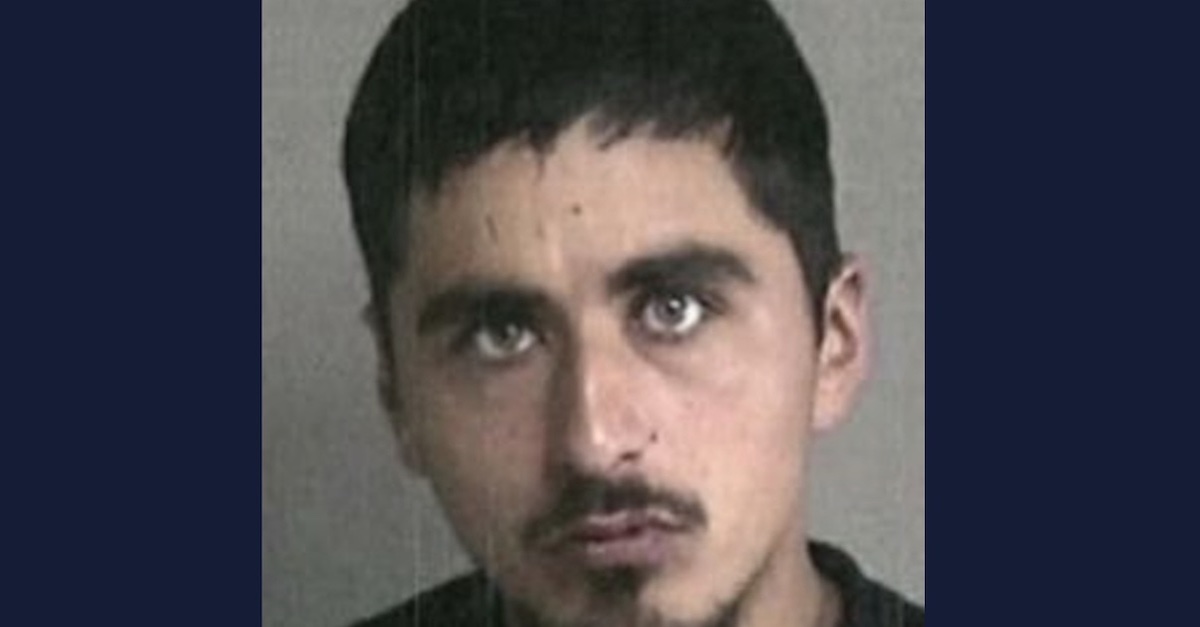 A 22-year-old California man who allegedly admitted to cops that he “snapped” and watched his 18-year-old ex-girlfriend die may spend the rest of his life behind bars after entering a no contest plea in the victim’s strangulation death. Judge Thomas Nixon handed down a sentence of 15 years to life in prison to Anthony Pimentel for the 2018 slaying of Mariah Alyce Davis, court records reviewed by Law&Crime show.

Appearing in Alameda Superior Court on Jan. 7, Pimentel pleaded no contest to one count of second-degree murder in Davis’ death. Pimentel in 2018 and 2019 had entered pleas of not guilty.

According to a report from The Mercury News, Davis was reported missing on Sept. 26, 2018. When police questioned a then-19-year-old Pimentel about her whereabouts, he reportedly told investigators that he had not seen her.

But four days after Davis was reported missing, cops say the suspect was wracked with guilt and walked into the San Leandro police station, where he turned himself in and allegedly confessed.

“I’m trying to confess to something, I need y’all to go find her,” he reportedly said upon entering the station. “I murdered my girlfriend.”

Per the Mercury News, Pimentel told police that he and Davis had recently broken up when they decided to meet and discuss their relationship. The two reportedly drove to a secluded spot in the hills near Lake Chabot to talk and possibly have a “romantic encounter.”

#BREAKING #Richmond family confirms body found in #SanLeandro is 18 year old Mariah Davis reported missing last week. They say her ex boyfriend Anthony Pimentel told someone he was responsible and they encouraged him to turn himself in to police. She would have been 19 Halloween. pic.twitter.com/0nvMMkCk0h

While in the hills, Pimentel reportedly said that the two got into a “heated” political discussion during which he claimed that Davis slapped him in the face, per court documents. Pimentel reportedly told police that he “snapped” and strangled Davis to death.

“I watched her die, bro,” Pimentel allegedly told one of the investigators. Police said the suspect provided a graphic and detailed account of how he choked the life out of Davis using his bare hands. He reportedly claimed that he just lost control and asked a then-deceased Davis for forgiveness immediately after killing her.

He then tried to cover up the victim’s body with debris to avoid detection and stole Davis’ car, authorities said.

During his interview with investigators, Pimentel also allegedly confirmed that he’d thought about physically harming Davis prior to killing her, but reportedly stated that he had always “checked himself” and kept calm.

Pimentel reportedly told investigators that two days after killing Davis, he told one of his friends about what he’d done. The friend then convinced him to tell his parents so they could at least help the police locate Davis’ body and stop searching for her.

Several of Davis’ friends and family members read victim impact statements during the sentencing hearing, Davis Vanguard reported. While many reportedly extolled Davis as a kind and caring soul, others took direct aim at Pimentel.

“You walked around town for days like nothing had happened after taking Mariah’s life,” one family member reportedly said, addressing Pimentel. “What kind of monster does that? How dare you.”

One of Pimentel’s former high school teachers reportedly regretted not doing anything sooner, saying she always knew he was capable of such horrific behavior.

“I often think about how things would be different if he was held accountable earlier for his toxic masculinity and his uncontrollable temper,” the teacher reportedly said. “I was too scared to admit but I always knew that he was capable of it.”