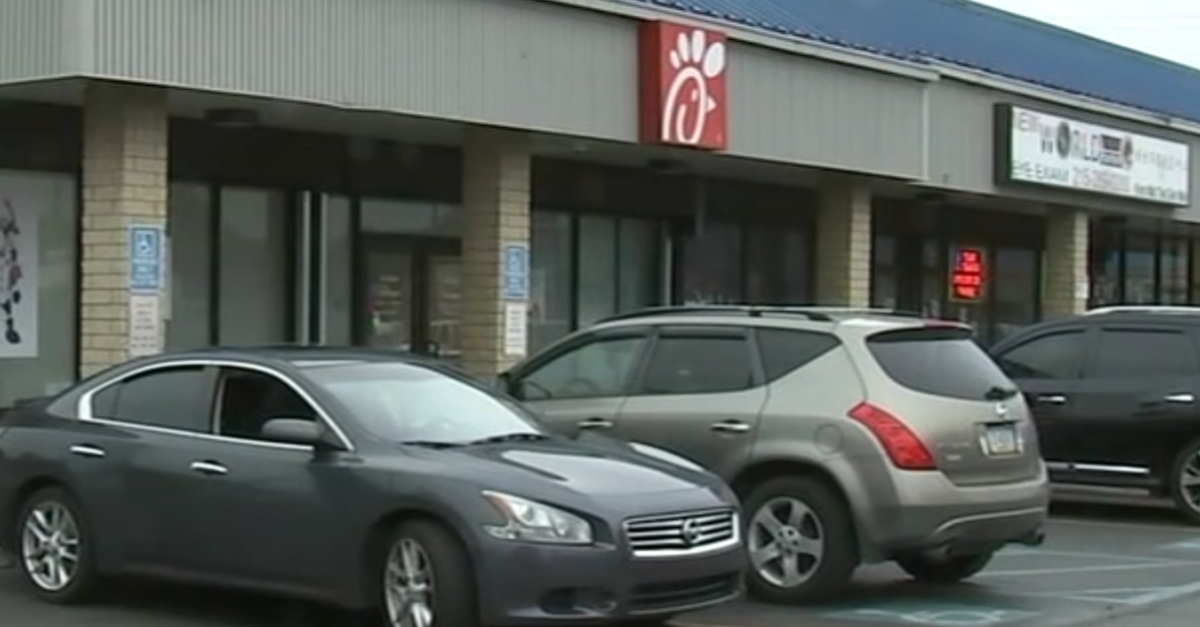 A petty dispute over a DoorDash order allegedly ended with a man shooting a teenage restaurant employee in the leg. The 26-year-old opened fire at a Chick-fil-A doorway in Philadelphia, striking a 17-year-old team leader, cops said in multiple reports.

Authorities did not identify the suspect because he had yet to be formally charged as of Tuesday night, but they are recommending a case for aggravated assault, according to The Philadelphia Inquirer.

The man was driving a white Mercedes-Benz to pick up a DoorDash order from the Chick-fil-A at 811 Adams Avenue, police Capt. John Walker told reporters. The passenger in the vehicle was the actual individual assigned to that DoorDash order, he said. But the driver allegedly got into an argument with employees because the order only had one milkshake. He demanded another, Walker said.

At some point, the man allegedly pulled out a gun and put it on his lap.

During the argument, a server said that only one milkshake had been ordered, Walker said, according to NBC Philadelphia. The server requested to see the receipt, but the driver refused, Walker said. That employee went back inside to get the 17-year-old team leader, who asked the driver to return the package, Walker said. But the man allegedly refused, demanding the second milkshake. The restaurant manager told the team leader to go inside, Walker said.

The driver allegedly left, then came back and opened fire from the vehicle into the doorway of the restaurant, Walker said in the Inquirer report. The teen sustained a wound to the left leg and was taken to Einstein Hospital in stable condition.

Police said they found the suspect vehicle on Glendale Street in the Harrowgate neighborhood. The suspect allegedly arrived, asserted he was not the driver, and said that he had to get something from the car. Officers said they identified him through a neck tattoo matching the description. Officers said they discovered two .40-caliber magazines in the vehicle, matching a spent shell casing from the restaurant.

They originally found the vehicle near three people, cops said in the NBC account. The driver allegedly got in and left, but officers discovered it abandoned nearby in an alley on the same block. Its lights were on.

“To have these kids have to experience this that are doing the right thing in society–it’s just the wrong thing,” Walker said. “And again, over a milkshake and a dispute over an item. It’s just unacceptable behavior and I think in a situation like this, that this person needs to be taken off the street, receive high bail and receive the biggest sentence possible he can get.”

“We are horrified and appalled by this brazen act of violence, and have banned the perpetrator from our platform,” DoorDash said in a statement to outlets. “We are fully supporting law enforcement with their investigation and hope justice is served. We’ve reached out to the victim to offer our support, and our thoughts are with him and his family as he recovers.”