Man Sentenced to Life in Prison for Calling 911, Running Away from Police, and Murdering Neighbor in Front of Officer 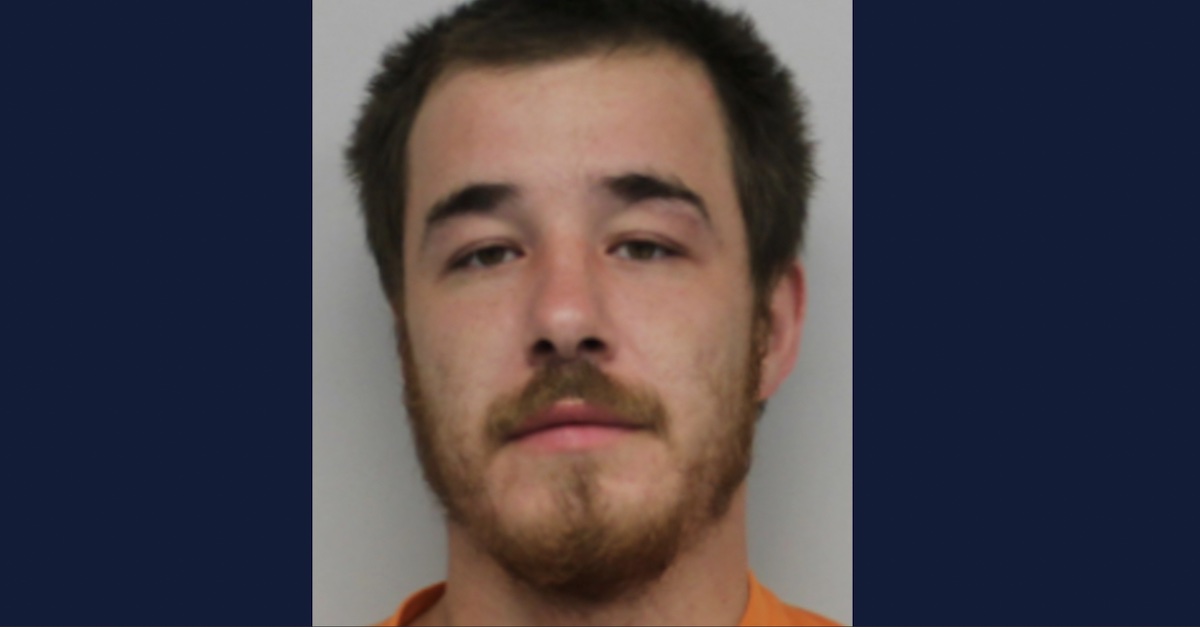 A 29-year-old man in Minnesota will spend the rest of his days behind bars after being convicted of brutally killing his neighbor in front of police while high on meth.

Clearwater County District Judge Robert D. Tiffany on Wednesday handed down a sentence of life in prison to Christopher Colgrove, who was running from officers he had called minutes earlier at the time he fatally stabbed 52-year-old Dawn Swenson, court records reviewed by Law&Crime show.

A Clearwater County jury in January found Colgrove guilty on one count of first-degree murder and two count of second-degree murder for fatally stabbing Swenson inside of her Bagley home. Colgrove reportedly attacked her just minutes after he called 911 seeking medical assistance.

“Not only are you a murderer, you’re a thief,” Judge Tiffany told Colgrove during the sentencing hearing, according to a report from InForum. “You’ve stolen that essential relationship that each of these folks had with Dawn Swenson when you selfishly took her life.”

Law enforcement officers and emergency medical personnel on the evening of Sept. 7, 2021 responded to a 911 call at a home on 336th Street regarding a medical emergency, according to a probable cause affidavit obtained by Bemidji Now. Upon arriving at the scene, first responders with the Clearwater Sheriff’s Office and the Bagley Police Department approached the home to check on the occupant, later identified as Colgrove. But when the occupant spotted one of the officers at his home, he allegedly fled immediately in the opposite direction.

Seeing that Swenson was in danger, the officer deployed his Taser and repeatedly shocked Colgrove. But despite being tased, Colgrove was still able to use a knife and stab Swenson two times, once in the neck and once in the back. The Taser reportedly did not have the desired effect on Colgrove because the man had consumed a great deal of methamphetamine just prior to the attack.

Colgrove escaped Swenson’s home after the stabbing because the officer on the scene attempted life-saving procedures on Swenson rather than giving chase further. Medical personnel transported Swenson to a local hospital but she succumbed to her wounds shortly after arriving at the facility and was pronounced dead.

The county medical examiner’s office performed an autopsy and determined that Swenson’s death was a homicide. The stab wound to the back of her neck, as well as the wound to the upper left side of her back — reportedly deep enough to pierce her heart — were both deemed killing blows that would have been independently fatal to Swenson.

Police located Colgrove two days after the attack and took him into custody on murder charges.

“I think that justice was served, but that doesn’t take away the pain,” Swenson’s sister Heidi Strom reportedly said.

Megan Handyside, another one of Swenson’s sisters, reportedly said that her young son was supposed to be staying with Swenson on the night of the attack until her plans changed at the last minute, InForum reported.

Colgrove, who was ordered to pay Swenson’s family $10,000 in restitution in addition to his prison sentence, also addressed the court prior to Judge Tiffany handing down the sentence.

“Dawn did not deserve what happened to her. I am not asking for forgiveness, it was a selfish act that I committed against Dawn,” he reportedly said.

Under Minnesota law, the earliest Colgrove will be eligible for parole is 30 years.

Read the sentencing order below.