Man Sentenced for Stabbing His Husband to Death, Hitting Mother-in-Law with Car 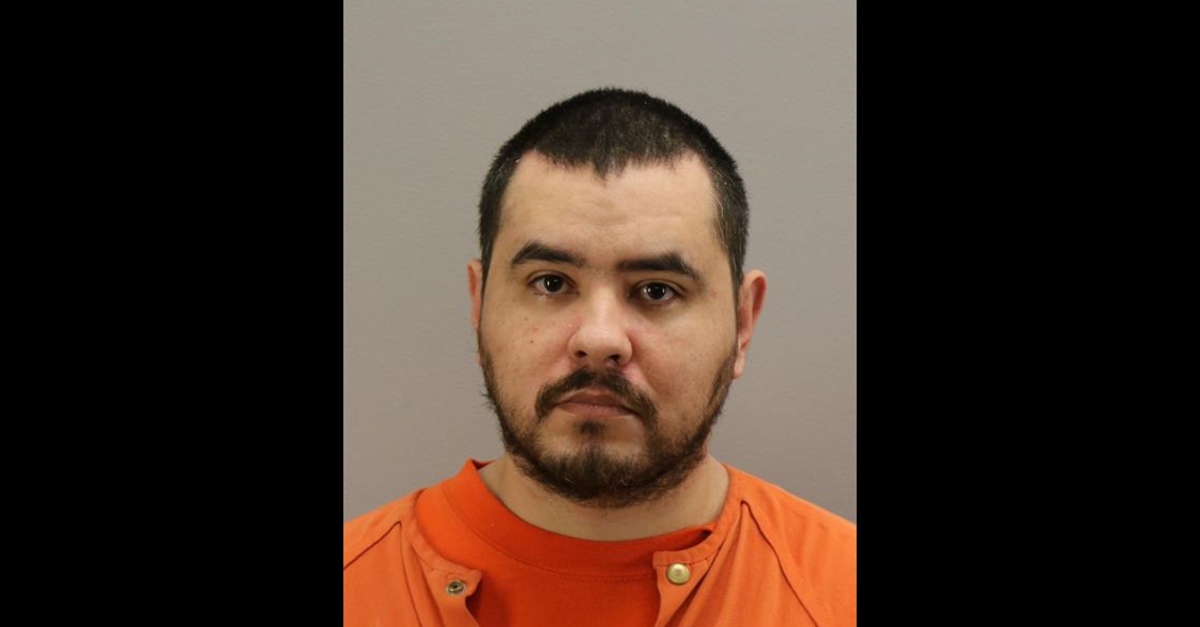 A man accepted a sentence above the recommended maximum for stabbing his husband to death and striking his mother-in-law with a car, according to the Virginia Beach Commonwealth’s Attorney’s Office. Roel Ray Delua, 36, killed spouse John Kilgore, 32, as the men prepared for a divorce. A defense attorney reportedly said at the hearing on Monday that this was a mental health case.

Kilgore moved out of the couple’s home in Virginia Beach, Virginia late Dec. 2018, prosecutors said. He wanted out of the relationship, telling Delua to start the separation and divorce. The couple began splitting assets and selling their house, authorities said.

That process led to a tragic end on January 28, 2019. Kilgore went to their home to meet someone who purchased a desk, prosecutors said. In this account, the victim’s mother drove him there and waited outside as he handled the transactions, but after the buyer left, Delua stabbed Kilgore, striking him in the face, neck, chest, torso, abdomen, back, and hands, authorities said. He left his husband’s body in an upstairs bedroom and started a fire on the kitchen stove, prosecutors said.

Delua then attacked his mother-in-law.

“Kilgore’s mother still sat outside the home waiting for Kilgore,” prosecutors said. “When she saw flames in the house, she ran across the road toward the home. Delua, who was parked a short distance down the street, rapidly accelerated and struck her with his car. She suffered significant bruising and a laceration to her head. Upon regaining consciousness, she crawled to a nearby home and called for help. The Virginia Beach Fire Department extinguished the fire and found Kilgore deceased.”

Delua tried to die by suicide in the restroom at a nearby Walmart, but cops found him and took him to a hospital.

“During a subsequent interview at the Detective Bureau, Delua confirmed his relationship with Kilgore and said that Kilgore’s family turned Kilgore against him,” prosecutors wrote. “He said he deserved the death penalty and would only tell detectives what happened if they promised him the death penalty.”

Delua pleaded guilty on Monday to charges of second-degree murder, wounding in the commission of a felony, malicious wounding, and hit and run — personal injury. He received a 30-year prison sentence, with 40 years suspended off a 70-year total. Prosecutors noted this was longer than the recommended maximum of 25 years and eight months.

“He wanted this,” Delua’s public defender Annette Miller said in court, according to The Virginian-Pilot. He was willing to accept the plea immediately, she said.

She asserted the crime was “totally a mental health case,” and she said her client has been on medication since it happened. At the defense’s urging, Judge Kevin M. Duffan recommended Delua serve his term at a facility set up for mental health treatment.

Kilgore’s family declined to attend sentencing. According to prosecutors, the loved ones supported the plea because it provided closure over the uncertain result of a trial.