Man Held 2 Roofing Company Salesmen at Gunpoint Because He Thought They Were Antifa: Police 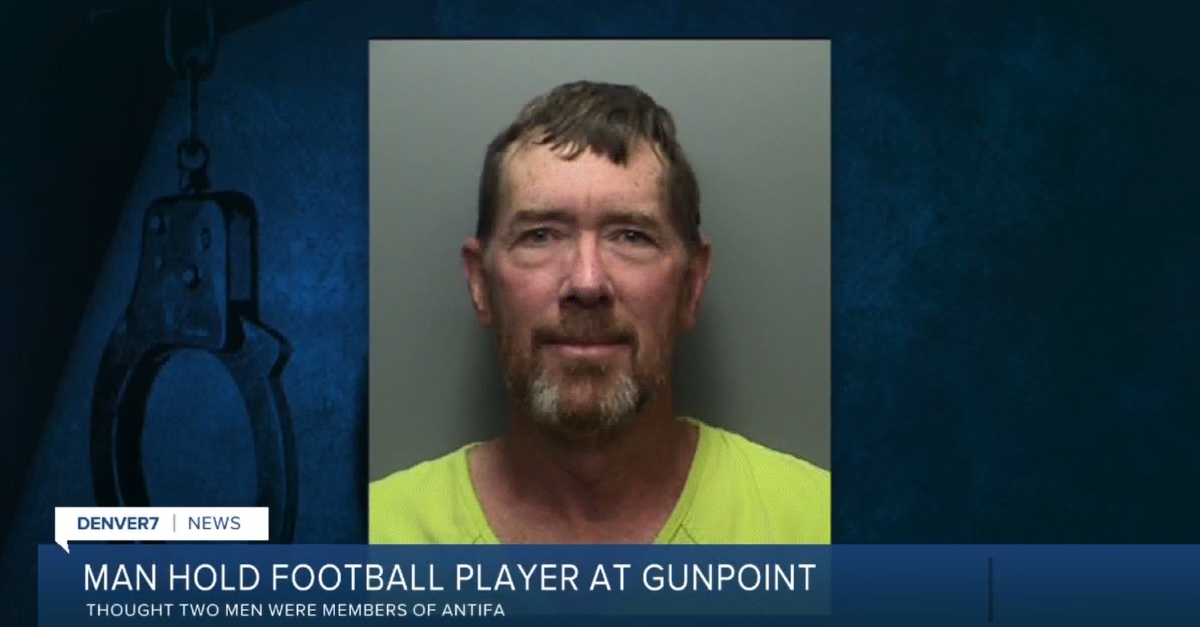 A Colorado man is accused of holding two roofing company salesmen at a gunpoint because he believed they were antifa. Scott Austin Gudmundsen, 65, faces two counts each of felony menacing, and false imprisonment, records show.

The incident in question happened Thursday, police said according to The Loveland Reporter-Herald. Officers responded to a report in which a caller claimed to see two members of antifa, cops said. So-called antifa (short for “anti-fascist”) protesters have been controversial during the Trump administration, sometimes being seen clashing with far-right groups like the Proud Boys.

A second person reported to officers that an armed man in tactical gear was holding two individuals at gunpoint on the ground, police said. That situation was resolved when cops took control, however, according to the account. The defendant was allegedly armed with two semiautomatic handguns.

It turned out that the two men being held at gunpoint told cops that they were door-to-door roofing salesmen doing work after a Monday night hailstorm. These workers were described as wearing surgical masks, and blue polo shirts and shorts, officers said. One of them was black. He was identified later as a 20-year-old football player for Colorado State University who works part-time for the company, according to 9 News.

The other alleged victim is 27 years old. Police said there’s no evidence they were engaging in wrongdoing.

The defendant is scheduled for a court appearance to take place Thursday. It’s unclear if he has an attorney in this matter.

“I have spoken to both teammates and they are understandably shaken,” Chris Tulp, CEO of Premier Roofing Company said in a statement obtained by 9News. “I want to respect their space. With that said, we intend to stand up for the members of our team who are hard-working, honest, charitable, good people. We are proud of them and deeply saddened that they were subjected to this horrific incident and will stick-with and support them in any way necessary to ensure justice is served.”