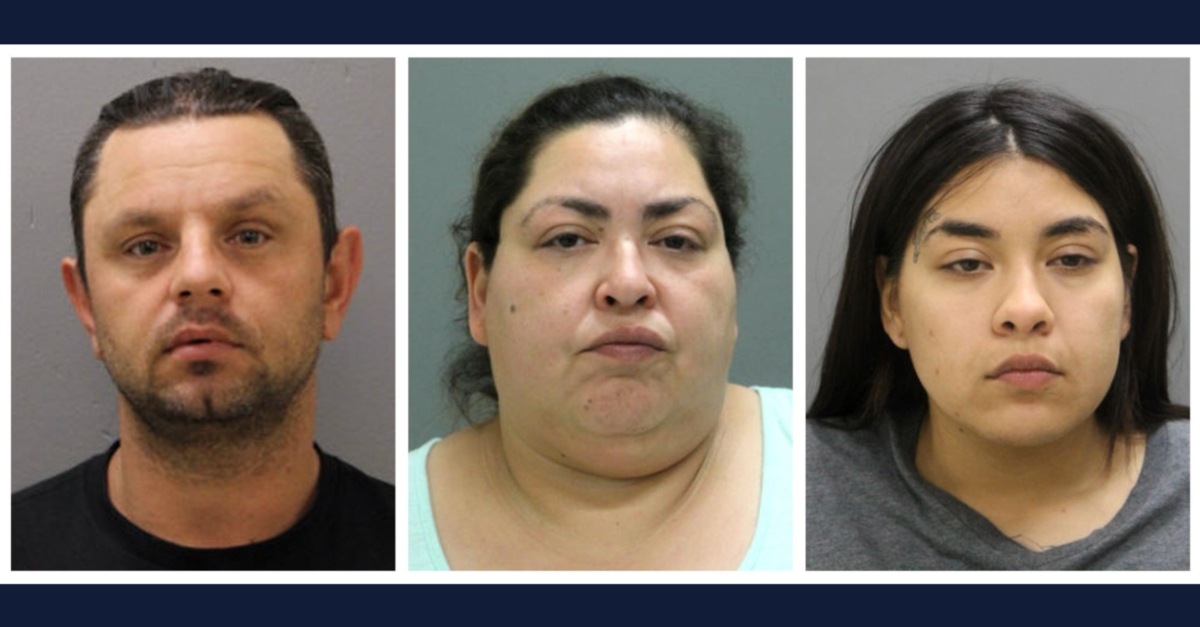 Piotr Bobak, Clarisa Figueroa, and Desiree Figueroa appear in mugshots after their arrests in Marlen Ochoa-Lopez’s death. Authorities say the Figueroas murdered Ochoa-Lopez, and that Bobak helped clean up the scene of the crime. (Mugshots: Chicago Police Department via AP)

A man will get out of custody in months after pleading guilty to helping clean up the crime scene of a pregnant woman’s alleged murder, where police say the victim’s baby was “forcibly removed” from her body.

“I regret every minute of it all,” Piotr Bobak, 44, said in a Chicago courtroom on Monday, according to The Chicago Sun-Times. He voiced an apology to the family of the dead mother and son, Marlen Ochoa-Lopez and Yovanny Jadiel Lopez. He said he hoped to make amends with them.

Prosecutors have said that Bobak’s then-girlfriend Clarisa Figueroa and her daughter Desiree Figueroa lured Ochoa-Lopez to the women’s home in the Scottsdale neighborhood in April 2019 with a Facebook ad for free boy’s baby clothes. At some point, Marlen was strangled to death, the baby was “forcibly removed” from her, and her body was hidden in a trash can, police said.

Officers have said that the same day Ochoa-Lopez went missing, Clarisa Figueroa called 911 to say she had just given birth and her baby was not breathing. An anonymous tip led the police to check the DNA of the baby. Police determined that the child, Yovanny, actually belonged to Ochoa-Lopez.

Prosecutors reportedly said that when cops arrived to search the residence, they encountered Bobak hosing off a rug with bleach, and he dropped the bleach bottle before walking inside the home.

The infant was taken to a hospital, and though the Ochoa-Lopez family voiced hope through a spokesperson, his medical situation was dire and he died a short time later.

“It is with great sadness that we inform you of the passing of baby Yovanny Jadiel Lopez,” family spokesperson Julie Contreras said on Facebook. “He passed away this Friday June 14, 2019 from his severe brain injury. Please keep his family in your thoughts & prayers as they go through this difficult time.”

Bobak pleaded guilty to obstructing justice and prosecutors dropped a charge of concealing a homicide. His attorney Jeff Steinback said the defendant had no knowledge of the murder and was misled, “used,” by the Figueroas. Judge Peggy Chimpas said Bobak spent just over three-and-a-half years in jail. This time was applied to his four-year sentence.

“I disagree, but there is nothing we can do,” he told the outlet in Spanish. “Unfortunately that’s how the laws work in this country. They are just giving him the opportunity to continue committing crimes.”

Ochoa-Lopez’s family did not show up to court on Monday. Arnuful Ochoa voiced concern about Bobak seeing them there.

“He is going to be released and be free, but we are going to continue living with the fear that something else could happen,” Ochoa said. “We don’t know what his intentions are.”

Prosecutors said that Bobak falsely claimed that Yovanny was his son in order to collect charity. Clarisa Figueroa, who faces an ongoing murder case alongside her daughter, allegedly faked being pregnant beginning 2018, going so far as to post ultrasound pictures online.