Man Blew Up His Home with Fireworks and Died After Code Enforcement Confronted Him About Hoarding: Police 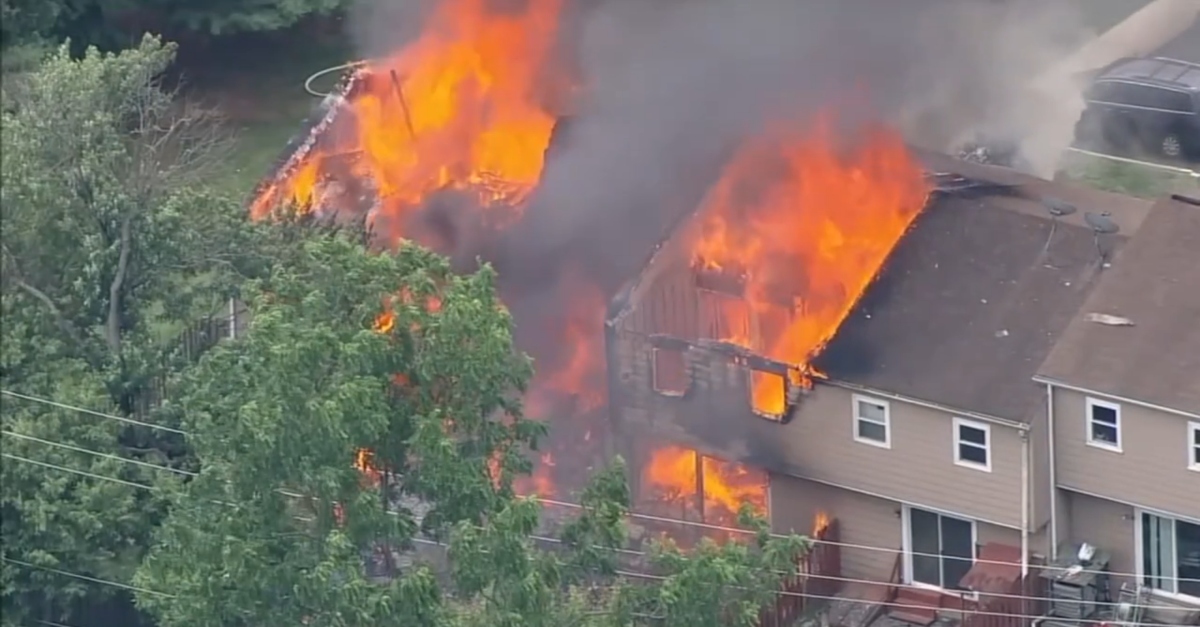 A Pennsylvania man started a conflagration using fireworks, destroying his home and two others, according to cops on Friday. Thomas Razzi, 66, died in the incident, authorities said in a Philadelphia Inquirer report.

A code-enforcement officer went to Razzi’s Eagleville home Thursday at noon for a follow up inspection, police said. Neighbors complained about what were described as “hoarding conditions.” Razzi allegedly responded with a gun, chasing the official away and shutting the door after cops responded to the scene.

There were explosions and gunfire from within the residence, followed by a fire, according to the official story.

No officers used their weapons, police said. Authorities suggested that the fire set off ammunition Razzi had stored inside the residence.

The body of 66-year-old Thomas Razzi was pulled from the ashes of his Eagleville home. Razzi is the man police say pulled a gun on a Lower Providence township employee, then locked himself in his home. After a series of explosions, that home burst into flames. @KYWNewsradio pic.twitter.com/W3zB8YQux8

Neighbors gave somewhat mixed accounts of Razzi’s behavior. He was friendly and quiet, not having many people over, they said in the Inquirer report.

“He sounded like he was sad for the last two weeks,” Elsayed said in a WPVI report. “He’s upset, sad, like desperate.” The neighbor said he was not sure what Razzi was upset about, however.

The two neighbors said Razzi could be seen in early morning surveillance footage digging next to a wall using his hands.