Man Allegedly Stabbed Wife and Another Woman to Death, Told 911 He Didn’t Know How It Happened 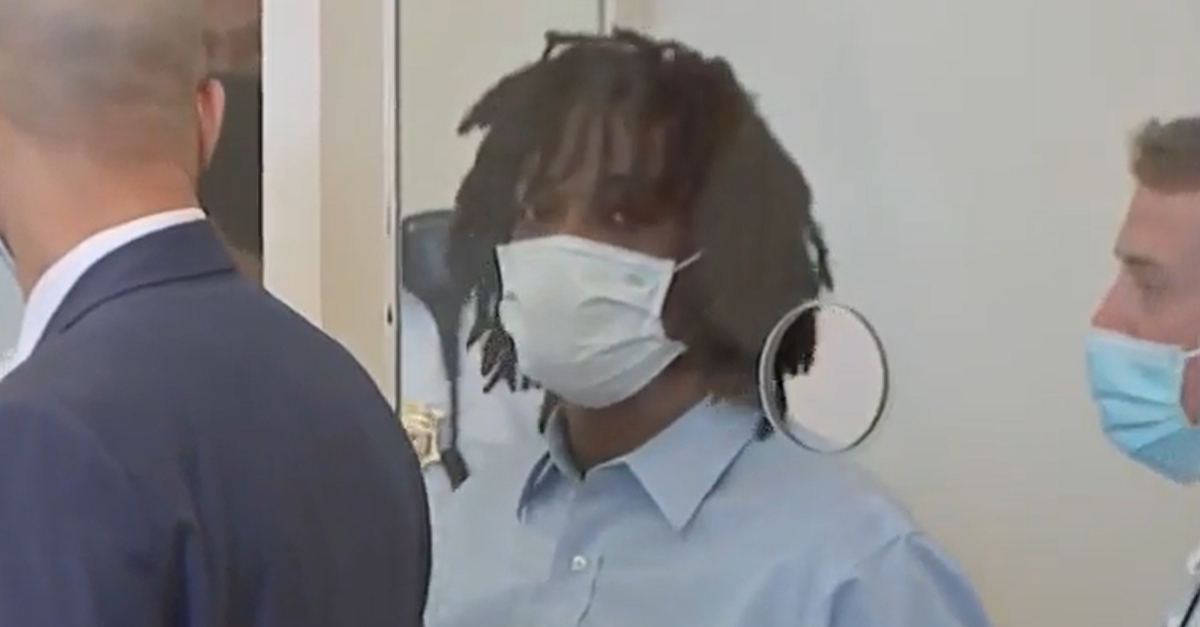 A Massachusetts man is charged with stabbing his wife and another woman to death at a home on Sunday. Defendant Marcus Chavis, a 34-year old Dorchester resident, allegedly called 911 to report the deaths of spouse Fatima Yasin, 28, and housemate Jahaira DeAlto, 42, but he claimed he did not know what happened.

“He said he woke up and his wife was bleeding,” said Suffolk Assistant District Attorney Ian Polumbaum during an arraignment on Monday, according to the local ABC television station WCVB. “Asked how that happened, he said he didn’t know, but he had the knife.”

The site of the alleged murders was DeAlto’s triple-decker home. She had taken in Chavis, Yasin, and the couple’s two children, ages 7 and 8. The kids, who are said to have been at the residence at the time, are physically unhurt and “are currently safe and being cared for,” the Suffolk County District Attorney’s Office said.

Prosecutors said officers found Chavis in front of the home, with blood on his clothes. Authorities found the children inside and said that Yasin and DeAlto were found in separate bedrooms suffering stab wounds to the neck. They died from their injuries. Investigators also said they found a stabbed dog in DeAlto’s room. Authorities took the canine to an animal hospital for treatment.

Those who knew DeAlto remembered her in glowing terms as charismatic, and a beloved activist for transgender people.

My post left a lot of people wondering what was happening and for that I apologize. Emotions sometimes are stronger…

Posted by Robert Harold Dinkins on Sunday, May 2, 2021

“It is with profound sadness that we share and mourn the loss of Jahaira DeAlto,” Berkshire Pride said in a statement on Monday. “Jahaira was a loyal friend, a fierce advocate, and a mother to many. Her unconditional love was felt by all who met her and her kind and funny spirit left its mark on the Berkshires—from the classrooms at Berkshire Community College to the offices of Elizabeth Freeman Center, from helping launch the first Transgender Day of Remembrance and Berkshire Pride Festival to ‘being all the things,’ as she liked to say.”

“Jahaira was a student who embodied all of our core social work values,” said Associate Professor of Practice Katie Nolan, DeAlto’s social work advisor at Simmons University. “Her understanding of the importance of human relationships as well as her lifelong commitment to social justice were evident in every interaction that she had in the classroom, with peers and faculty, and in her work in the community. Her unending warmth, knowledge, and tremendous sense of humor, were a gift to everyone who knew her.”

The victims of any crime, including domestic violence, should call 911 in an emergency. SafeLink, a statewide domestic violence hotline, can be reached at 877-785-2020. SafeLink is answered by trained advocates 24 hours a day in English, Spanish, and Portuguese, as well as TTY at 877-521-2601. It also has the capacity to provide multilingual translation in more than 140 languages.

Help is also available for members of our LGTBQ+ community experiencing domestic or intimate partner violence through The Network/La Red by calling 617-742-4911 or 800-832-1901.  Transgender individuals living in Massachusetts who are in immediate need of critical financial assistance can apply for assistance from the Transgender Emergency Fund at https://transemergencyfund.org/.