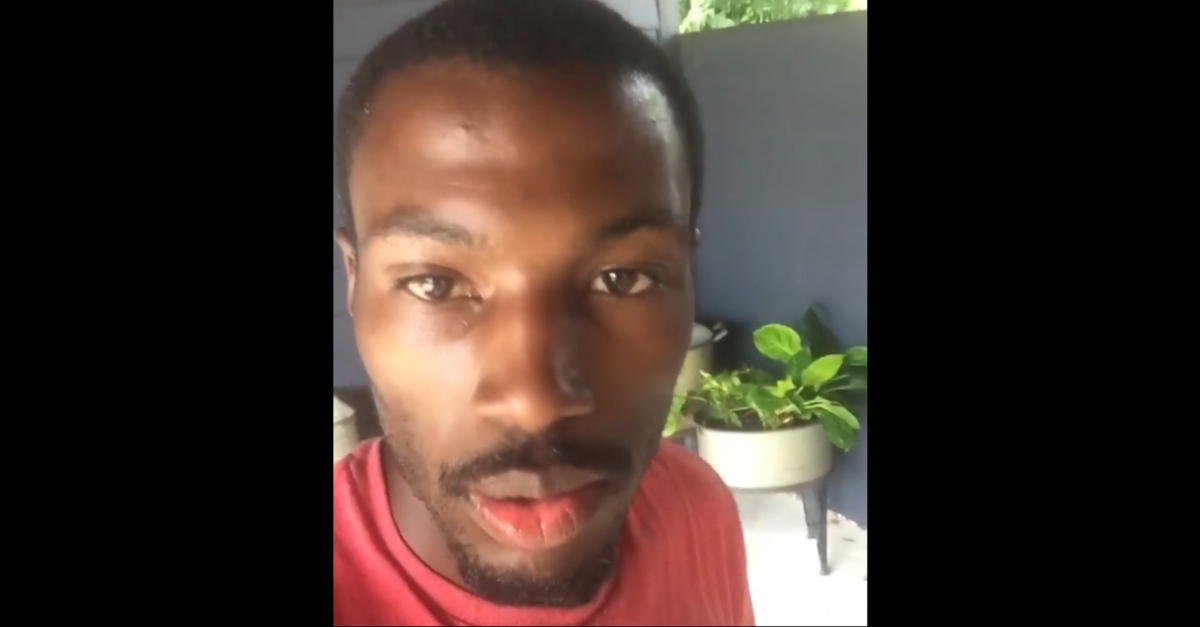 A Florida prosecutor in the murder case against Mikese Morse said in a Tampa court Wednesday that they’re backing off in the face of the insanity defense, and now a judge is set to formally determine whether Morse really was insane during an incident that killed father-of-two Pedro Aguerreberry, 42, according to Fox 13 News.

Both the defense-appointed and state-appointed doctors found that Morse was insane during the deadly June 24, 2018 incident.

This is a family photo showing Pedro Aguerreberry, his wife Meghan and their sons Lucas and Bennett. Pedro Aguerreberry was killed and his sons injured after a driver deliberately drove into them as they biked in Tampa Sunday, police said. Full story: https://t.co/RzVeg1gwqr pic.twitter.com/cnF8fMVyqC

“We are in agreement to allow the defendant to be found not guilty by reason of insanity,” said Assistant State Attorney Scott Harmon.

“This case shows the consequences of Florida’s broken mental health system, and the victim’s wife and kids are left holding the pieces,” added Andrew Warren, State Attorney of Florida’s 13th Judicial Circuit. “The law is clear: You cannot convict a person who was so mentally unstable that he did not know right from wrong, so we are doing everything we can to get him committed to Florida state hospital to make sure he never hurts anyone again.”

Morse allegedly made a U-turn while driving, drove off-road, and rammed into Augerreberry, who was riding bikes with his two sons, a 3-year-old and 8-year-old. The children survived with injuries. Their father died.

This was a random act, said Tampa Police Chief Brian Dugan at the time. The defendants and victims were strangers to one another. The suspect vehicle was allegedly found two miles away, with tape on the windshield used to hide damage. Morse was arrested at his parents’ home.

The defendant’s mental state was an element from the very beginning of the case.

“The suspect accelerated and intentionally ran over the victim,” Dugan said. “He appears to be someone who is disturbed and investigators are still piecing that together.”

An Instagram video from the day of the fatal incident showed Morse blaming undescribed acts on the Devil.

“They here now, sorry world Satan been trying to kill me, what could I do…” he wrote from the most recent post on this account, which is from the state day. The video showed him speaking apparently inside a bedroom.

Morse previously had gone to police on June 12, 2018, telling them he “did something really bad,” that “energy projections,” were attacking him, and that he might hurt someone, according to documents obtained by Fox 13. Police took him under Baker Act, a mental health-related law that lets authorities take people into custody if they are considered a potential danger to themselves or others. Morse was soon released from the mental health facility, however. Now the defendants parents blame the state’s mental health system for a lack of resources. The June 12 was a cry for help.

“We talked to the facility, we told them not let himself talk his way out of this,” said his mother Khadeeja Morse. “He should’ve stayed there long enough to be stabilized.”

It was only in Feb. 2020 that Morse was found competent for trial.

A bench trial is set for April 15.