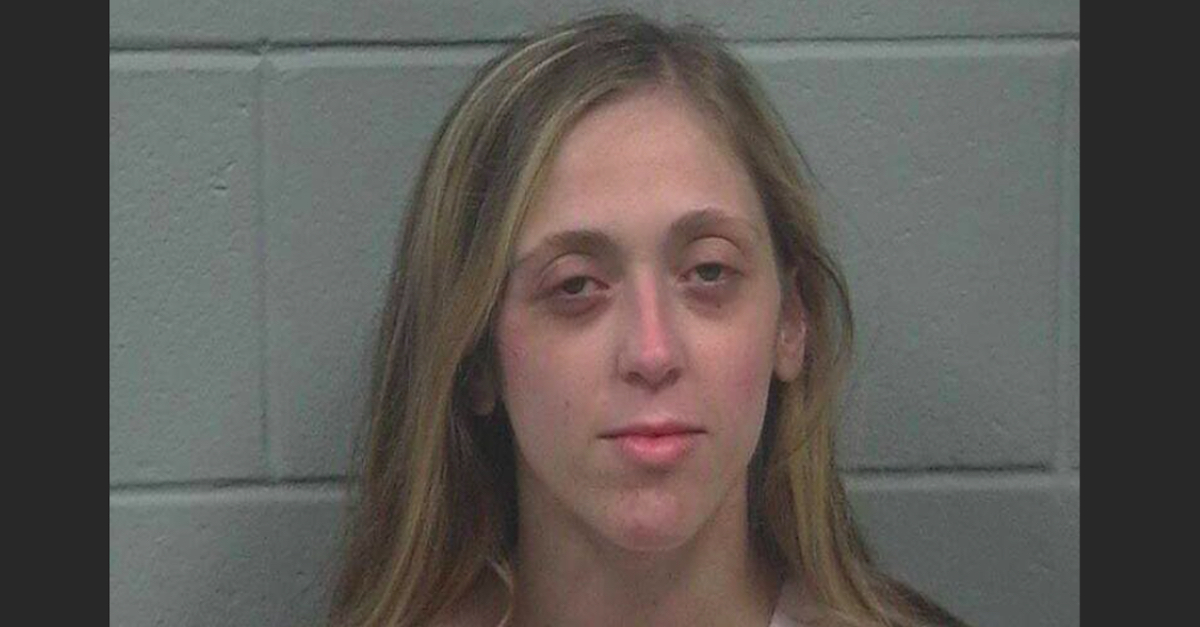 A Maine woman on Friday was indicted on murder and manslaughter charges after her 3-year-old daughter died from a fentanyl overdose, local news outlets reported.

Court records unsealed Tuesday provided new details surrounding the death of Hailey Goding and also revealed that it was not the first time the child had ingested drugs while in the care of her mother, 29-year-old Hillary Goding, according to a report from Bangor Daily News.

At approximately 10:45 p.m. on June 4, paramedics with Emergency Medical Services in Old Town responded to a call at Hillary Goding’s residence located at 149 Center St where they found Hailey unresponsive. They transported her to Eastern Maine Medical Center in Bangor for treatment but the child was pronounced dead two days later, on June 6. Following Hailey’s death, officers took Hillary into custody and initially charged her with manslaughter. A judge set her bond at $50,000. That bond was later revoked after police said she called a potential witness in the case at least 12 times while she was being detained at the Penobscot County Jail and she was hit with an additional charge of violating the conditions of her release.

An affidavit from Maine State Police Detective Dana Austin, which was obtained by the Bangor Daily News, stated that an autopsy performed on Hailey determined that her cause of death was a “brain injury that was consistent with an opioid overdose” and a toxicology report stated that a urine sample screened at the hospital confirmed that the child had fentanyl in her system.

Officers reviewed surveillance camera footage from Goding’s apartment complex and provided a rough timeline of the events that took place on June 4, which appear to indicate that Hillary spent approximately 20 hours carrying around Hailey’s “limp” and “lifeless” body before she placed the call for medical assistance.

According to the report, the affidavit says that at approximately 4 a.m. a woman can be heard crying inside of Goding’s apartment. Moments later, Hillary emerges from the apartment carrying Hailey, who was described as “limp” in the document, and exits the building. Approximately 20 minutes later, Hillary can be seen re-entering the building. She was reportedly still carrying Hailey, whose arms and legs hung motionless and appeared “lifeless.”

The affidavit said Hillary then entered and exited her apartment multiple times before dawn—at one point she could reportedly be heard saying, “You don’t understand, what am I going to do”—then exits for several hours and returned at approximately 1 p.m. She was reportedly still carrying Hailey, who was once again described as appearing “lifeless.”

Hillary doesn’t appear on camera again until just before 8 p.m., when she was reportedly seen in the building’s main hallway, still carrying her daughter’s body, the report said.

“Hailey appears to be dead weight and her head falls on Hillary’s shoulder in a lifeless manner,” the affidavit said, per the Bangor Daily News.

Phone records allegedly show that Hillary did not place the call to 911 until 10:48 p.m.

Hillary reportedly told police that she thought Hailey had ingested heroin—which often contains varying amounts of fentanyl—after the child “got into a plastic straw” that Hillary used to take the drug. She allegedly said that Hailey’s behavior then began to change so she put the child to bed. She also told police that as she put her down, Hailey’s breathing had become “raspy.”

It was also reported that the Maine Department of Health and Human Services had been in touch with Hillary Goding because Hailey had previously been treated after ingesting illegal drugs.

“While the defendant may not have any prior criminal history, she certainly has a prior episode regarding the conduct of this nature with the child,” Maine Assistant Attorney General Lisa Bogue said in a statement about the case. “And obviously, the nature of the allocation and the amount of time for the defendant to reach out to get any medical attention and care for the child was a significant period of time and obviously contributed to, from the state’s perspective, her death.”

The police affidavits were presented as evidence to a Penobscot County grand jury who on Friday indicted Hillary Goding on the charges of manslaughter and violating the conditions of her release as well as an additional charge of depraved indifference murder.