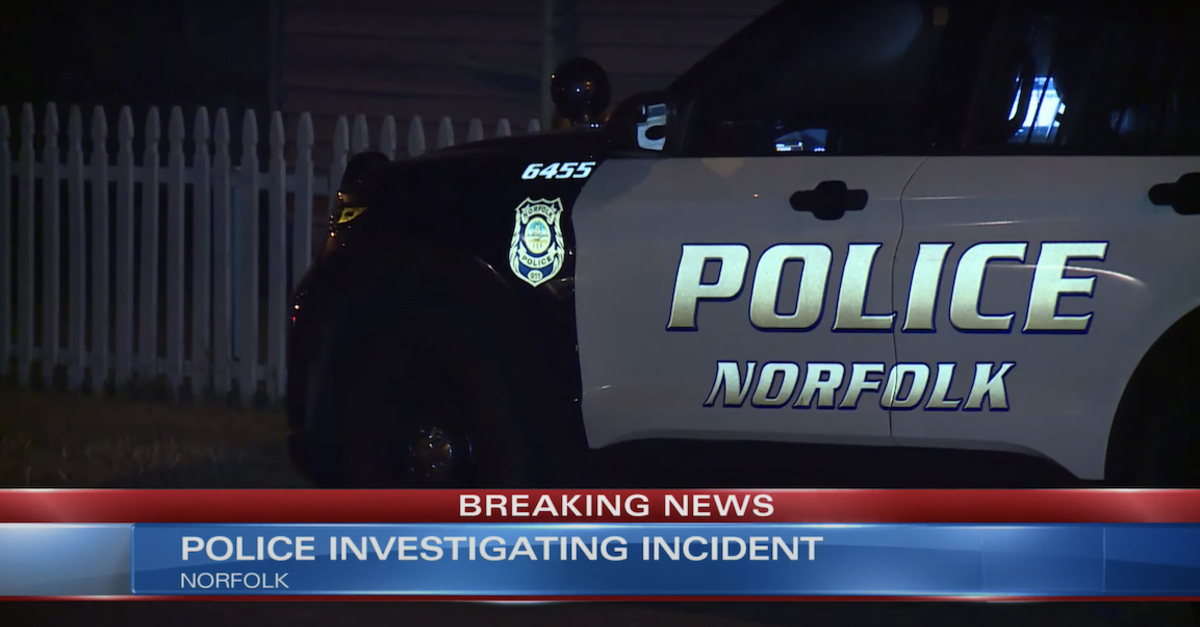 The traditional beginning of the end of the summer season in the United States started off with a pair of tragedies statistically unique to America in their frequency: mass shootings in multiple jurisdictions taking multiple lives.

In Norfolk, Virginia, detectives are reportedly investigating the circumstances of a shooting that resulted in two dead and five injured.

In a press release, the Norfolk Police Department pegged the violence as having begun right around midnight on Sept. 4, 2022. Officers responded to reports of a “gunshot disturbance,” police said, finding four women and three men suffering from gunshot wounds.

“All the victims were transported to the hospital; two of the victims, a man and a woman, sustained life-threatening injuries,” the NPD said.

The shooting occurred near Old Dominion University. In a Facebook post, Norfolk State University made the somber announcement that several of its own students were victims of the violence.

“Initial indications are that our students were innocent bystanders of a shooting at an evening house party,” the university wrote. “The investigation is pending and additional details will be made available upon receipt. In the meantime, the campus community is asked to keep the injured and their families in our thoughts and prayers.”

An additional post went on to detail counseling services for members of that university family, given the demonym of Spartans, as part of their “culture of care,” which “mandates that we pull together.”

A post late Sunday from NSU President Javaune Adams-Gaston noted McKnight was a Spartan who died that night:

It is with heartfelt sympathy that I inform the campus community that Angelia Aracelis McKnight has passed away as a result of her injuries. Angelia was a second-year student, Pre-Nursing major, and native of New York. Our prayers and condolences are with Angelia’s family and all those impacted by this tragic event.

Angelia’s life was important and every Spartan is a key member of our campus. With our strength, we will continue to work together. Our culture of care embraces pulling together as a Spartan family during these challenging times.

Police elaborated on what led to the shooting in comments reported by the Associated Press late Sunday afternoon.

“The preliminary investigation reveals that there had been a party at that location that had been advertised on social media,” NPD Interim Police Chief Michael Goldsmith said. “Apparently a fight broke out at the party, and once the fight started, then somebody pulled out a gun and started shooting.”

Authorities believe multiple guns were used during the incident, the interim chief said, including “a pistol and a long gun.”

“This is not randomly picked,” Goldsmith said. “These are, and this is what is frustrating about these things right now, people get into a disagreement, they pull out a gun, and then they shoot each other, and in the process of doing that they shoot innocent people who end up dying.” 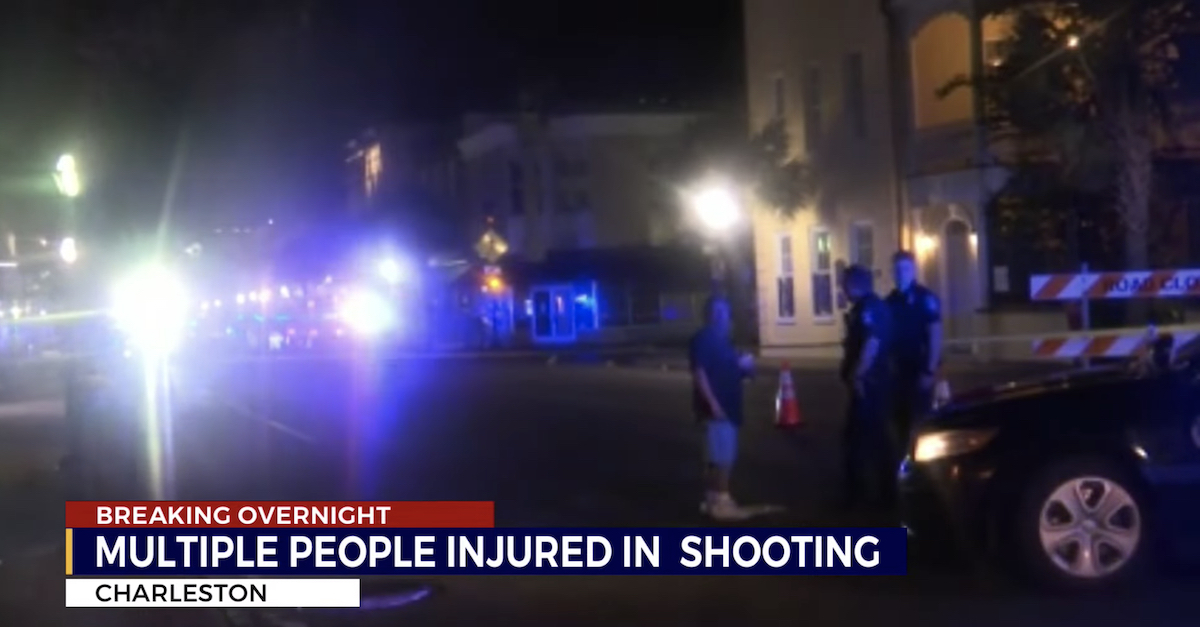 According to the Charleston Police Department, officers responded to gunshots near the intersection of King Street and Morris Street at around 12:55 a.m. Several shots were fired and multiple people were hit.

“Six people were initially thought to be injured by gunfire, but it has since been determined that one of those suffered an abrasion after falling, not a gunshot wound,” CPD Sergeant Elisabeth Wolfsen said in comments reported by Charleston-based NBC Affiliate WCBD.

All five of the injured parties are adults who were treated at local hospitals for non-life-threatening injuries, the CPD said.

Two people have since been charged in relation to the non-fatal shooting in the Palmetto State, police said, including Tyvone Davis, 20, and a 16-year-old whose name is not being released.

According to The Post and Courier, the sole-known defendant of the weekend’s two mass shootings, Davis, appeared for a bond hearing a few hours after he was booked into the Charleston County jail on one count of unlawfully carrying a weapon at 6:45 a.m.

During that hearing, Public Defender Nicholas D’Angelo said his client was just out trying to have a “fun night” that ended in a nightmare when he was left holding a gun that wasn’t even his, reportedly declining to say more than that at the initial courtroom appearance.

Davis was given $25,000 cash bail and placed on house arrest after D’Angelo requested as “reasonable” surety bond by citing the defendant’s young age and sustained history of employment.

Charleston Mayor John Tecklenburg issued a statement in response to the weekend shooting.

“So far this year, we’ve lost nine souls to violence here in Charleston — which, sadly and remarkably, appears to be somewhat below the statewide average,” the statement says. “But let’s be honest: With more than 30 shootings to date, including those last night, that number could be much higher.”

Law&Crime reached out to the Norfolk and Charlotte Police departments for additional information on this story but no responses were immediately forthcoming at the time of publication.