Killer Gets Maximum Sentence for Murdering 3-Year-Old. He Claimed the Girl’s Injuries Resulted From a ‘Misthrow.’ 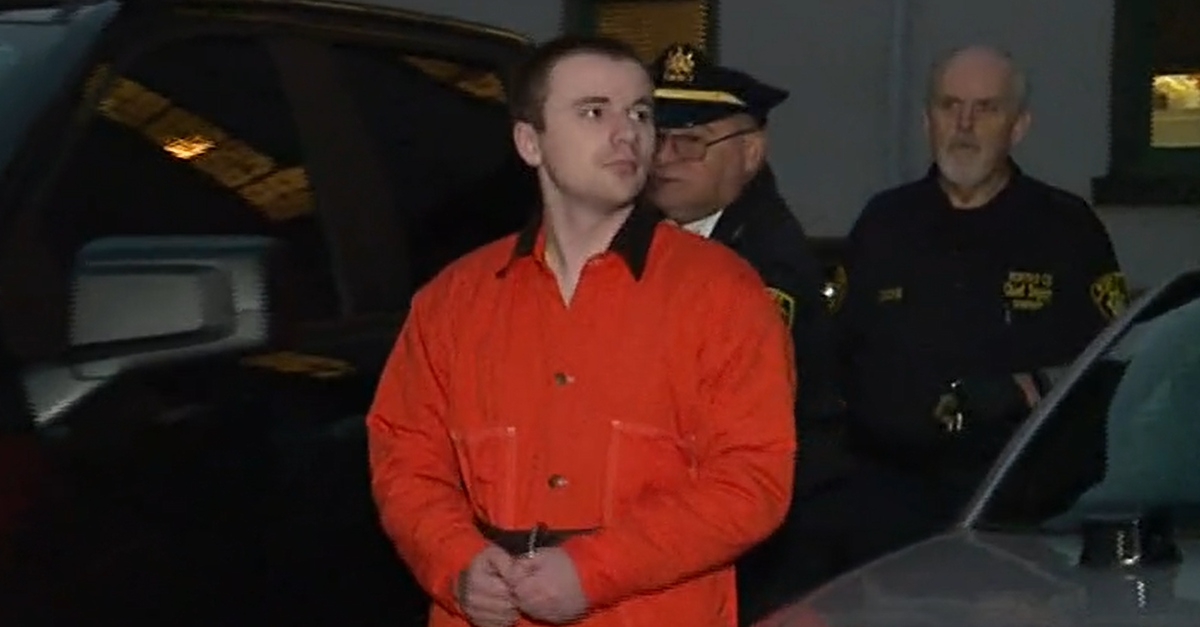 A judge Pennsylvania ordered a 21-year-old child murderer to serve the maximum sentence of up to a half-century behind bars for brutally slaying his girlfriend’s 3-year-old daughter in 2019. Jahrid Burgess on Tuesday said he took “100-percent accountability” for killing Arabella Parker before Northumberland County President Judge Charles H. Saylor  handed down a prison sentence of 24 to 50 years, the toughest penalty under state law, The Daily Item reported.

Authorities said Burgess got frustrated at Arabella for acting out and beat the girl so badly that she died in the hospital a month later. Police and prosecutors also emphasized that Burgess waited nearly an hour before calling 911. The toddler reportedly sustained severe brain damage and multiple broken bones as a result of the attack.

As previously reported by Law&Crime, a Northumberland County jury in November took little more than an hour to reach a verdict finding Burgess guilty of third-degree murder in Arabella’s death. The jurors also convicted Burgess on felony charges of criminal homicide, aggravated assault of a person under 13, aggravated assault for a person under 6, child endangerment, and obstruction of justice, as well as two misdemeanor counts of simple assault and reckless endangerment. He was acquitted on one count of felony aggravated assault and one misdemeanor count of simple assault.

Arabella’s mother, 25-year-old Samantha Delcamp, testified at Burgess’ trial that on Oct. 10, 2019, she was washing dishes in the kitchen when she heard Burgess screaming at Arabella. When she looked to see what was going on, she said Burgess grabbed Arabella by the throat and threw her onto children’s furniture. Delcamp said that she asked him “at least a dozen times” for him to call 911, but he instead called his 51-year-old mother Christy Willis.

Delcamp, who is facing a pending count of criminal homicide in Arabella’s death, also testified that Burgess had a long history of physically abusing her and her daughter.

After one such beating, she said, he forced them to walk naked in a living room with their hands in the air. This was to make sure that they did not have broken bones. Other abuse including him kicking the 3-year-old girl in the back three days before the fatal attack and holding her in the bathtub while dousing her face with water.

Delcamp has denied that she made a deal with prosecutors in exchange for testifying against Burgess.

Burgess took the stand in his own defense and reportedly admitted to throwing Arabella, but he said that was not the cause of her fatal injuries.

“I didn’t forcibly throw her to hurt her. But I should have walked her the extra couple of steps to put her on the couch,” he said, according to a report from Scranton ABC affiliate WNEP-TV.  “I was very close with Arabella. She loved me, and I loved her.”

In short, Burgess maintained that his actions were nothing more than a simple “misthrow.”

“A misthrow is a misthrow, but accidents happen,” he said, according to The Daily Item. “I am embarrassed, but I didn’t mean to hurt this child. I have to live with it every day. I love and miss Arabella.”

Burgess also reportedly contended that the bruising on Arabella’s body was caused by Emergency Medical Services personnel and doctors who treated the toddler.

Burgess’ mother in July was found guilty of lying to investigators about her son’s abuse. She was sentenced to spend 17 months to 17 years in prison.