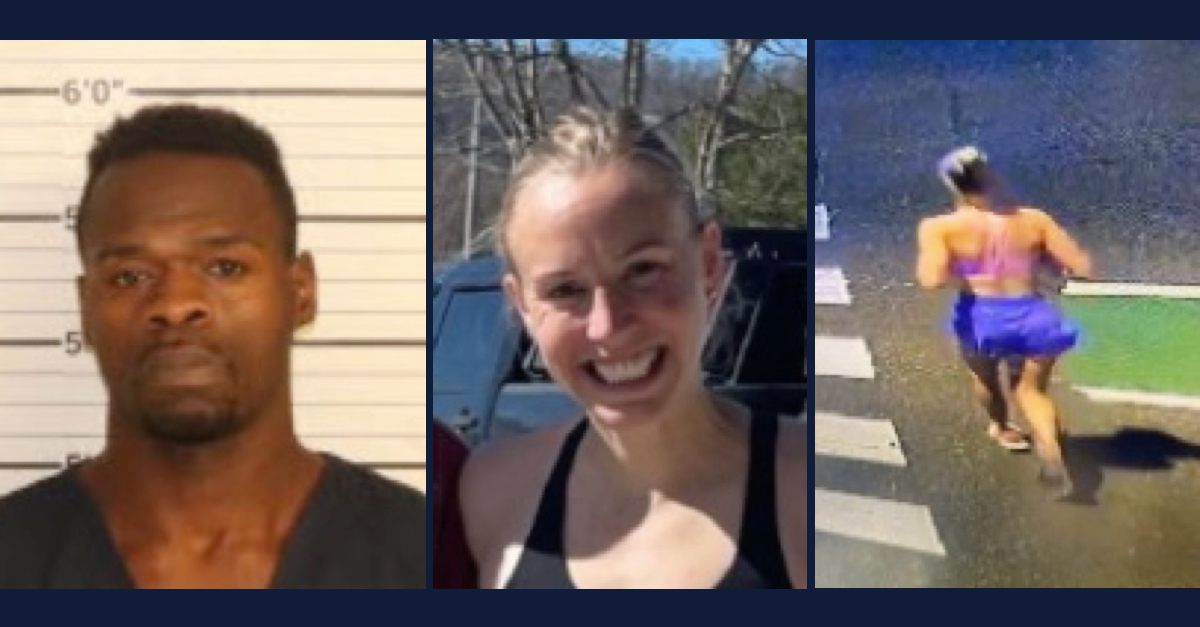 Memphis Police have confirmed that the body found Monday afternoon is that of Eliza Fletcher, the 34-year-old granddaughter of a hardware scion.

Fletcher, a teacher, wife, and mother of two, is believed to have been violently kidnapped early Friday morning. The 38-year-old suspect, Cleotha Abston, is now facing murder charges. At a press conference, Shelby County (Tenn.) District Attorney Steven Mulroy said that Abston would be arraigned on first degree murder charges on Tuesday.

“The deceased victim that was located yesterday in the 1600 block of Victor has been identified as 34-year-old Eliza Fletcher,” the Memphis Police Department said in a tweet Tuesday morning. “Additional charges for 38-year-old Cleotha Abston have been added for First Degree Murder and First Degree Murder in Perpetration of Kidnapping.”

Abston was detained on Saturday in connection with Fletcher’s disappearance.

Surveillance video appears to show Fletcher being forced into a dark-colored SUV while she was jogging at around 4 a.m. on Friday morning, according to a tweet from the Tennessee Bureau of Investigation.

Have you seen this woman or vehicle?

Eliza Fletcher was abducted this morning in midtown Memphis while running.

She was forced into a vehicle. There is no known direction of travel.

The New York Times, citing court documents, reported that video surveillance shows that a person exited the SUV as Fletcher went by it, exited the vehicle, ran toward her, and forced her into the passenger’s side.

“There appeared to be a struggle,” court documents reportedly said.

Fletcher’s cell phone and water bottle were found outside of a house owned by the University of Memphis after she disappeared, the Memphis Commercial Appeal reported. DNA on a pair of slides found at the scene reportedly matched Abston’s, who was seen on other surveillance video wearing similar slides days earlier.

According to the New York Times, a biker had found Fletcher’s cellphone and gave it to her family. That same biker also reportedly found the Champion slides that police believe belong to Abston.

Data from Abston’s cellphone also placed him near the intersection around the time Fletcher disappeared, the Commercial Appeal reported.

Fletcher, a junior kindergarten teacher at St. Mary’s Episcopal School, was the granddaughter of Joseph Orgill III, a billionaire who ran Memphis-based hardware distributor Orgill Inc. In 2021, Forbes listed Orgill as number 143 among the largest private companies in the U.S.

Mulroy, the DA, said that authorities do not believe that Fletcher was targeted.

“In contrast to whatever baseless speculation you might have seen, we have no reason to believe this was anything other than an isolated attack by a stranger,” Mulroy said at Tuesday’s press conference

According to the Commercial Appeal timeline, Fletcher’s husband, Richard Fletcher, called police at around 7:00 a.m. on Friday and reported that his had not returned home after her jog.

Abston had previously been convicted in the 2020 kidnapping of a prominent area attorney. He was released in 2020 after serving 20 years behind bars.

Abston’s brother Mario Abston, 36, has also been arrested on drug and weapon possession charges, but he has not been connected to Fletcher’s kidnapping.

Memphis Police confirmed at Tuesday’s press release that no one else has been charged in connection with Fletcher’s death.