‘Just Shoot Me. I Did it’: Police Say Man Begged for Death After Brutally Murdering Wife with Ax While Young Kids Were Home 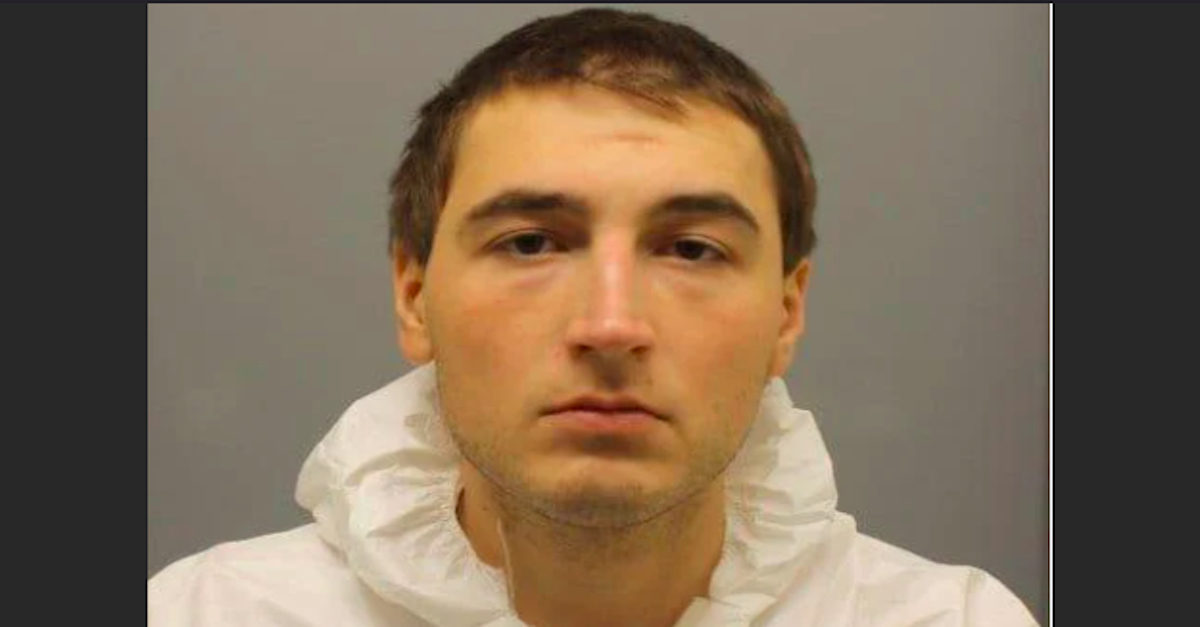 A Connecticut man was arrested after police responding to a 911 call at his home said he immediately confessed to brutally killing his wife, and then pleaded for the officers to kill him. Kamil Zielinski, 28, was taken into custody on Tuesday and charged with murder and risk of injury to a minor in the death of his 34-year-old wife, Grace Zielinska, the Hartford Courant reported.

According to a press release from the Ansonia Police Department, Grace called 911 at approximately 1:40 pm on Nov. 9, but did not directly address the dispatcher, who could allegedly hear “yelling and commotion in the background” of the open line. Officers were dispatched to 73 Root Avenue, the address from which the call originated. Upon arriving at the scene, first-responders allegedly found the front door of the residence partially opened and entered.

Family tells me this is 34-year-old Grace Zielinska. @AnsoniaCTPD says Grace’s husband, Kamil, is responsible for her death. They’re calling this a case of domestic violence. She’s a mother of 3 young children. @WTNH pic.twitter.com/2MJYdI8Xut

Per the Connecticut Post, the first person the officers encountered was the couple’s 3-year-old son.

“Come in, come in,” the child reportedly told Officer Peter Lovermi. The boy then reportedly directed the officer to the kitchen, where police said they could hear “crying and sobbing.”

When Officer Lovermi entered the kitchen, he allegedly found a gruesome scene. Kamil, who reportedly had blood covering his hands, face, and clothing, was allegedly standing over Grace, who was “sitting on the ground covered in blood from a brutal assault,” a police report obtained by the Post stated.

Authorities did not detail the full extent of Grace’s injuries, but the Courant reported that “her left index finger had been completely severed and she sustained some sort of serious trauma to her head.”

“What have I done?” Kamil reportedly said as police entered the kitchen. “Shoot me. Just shoot me. I did it.”

Reportedly dropping to his knees when Officer Lovermi tried to handcuff him, Kamil sobbed and said, “Kill me. Just kill me.”

Officer Lovermi reportedly radioed dispatch and stated that Grace appeared to have suffered severe trauma to the head. Upon hearing the statement, Kamil allegedly said, “I stabbed her in the chest too.”

Per the police report, officers found an ax and curved knife on a table near the body, both of which were covered in blood.

The Post reported that the couple’s 3-year-old son and their infant child were inside the home during the killing. Their third child, age five, was reportedly at school. All three were in the custody of the Department of Children and Families as of Wednesday.

“Connecticut has some of the strongest domestic violence laws in the country as well as some of the best resources for domestic violence victims. As we have seen on a local and national level, these incidents do not happen in a vacuum. There are often warning signs,” Ansonia Interim Police Chief Wayne Williams said during a Wednesday morning press conference. “If you see something, say something. If you or a family member or a friend is suffering from domestic violence, call us. You are not alone, we are here to help you, we can get you to the resources that you need. We are waiting here to help you.”

Kamil is currently scheduled to appear in Milford Superior Court on Nov. 24.