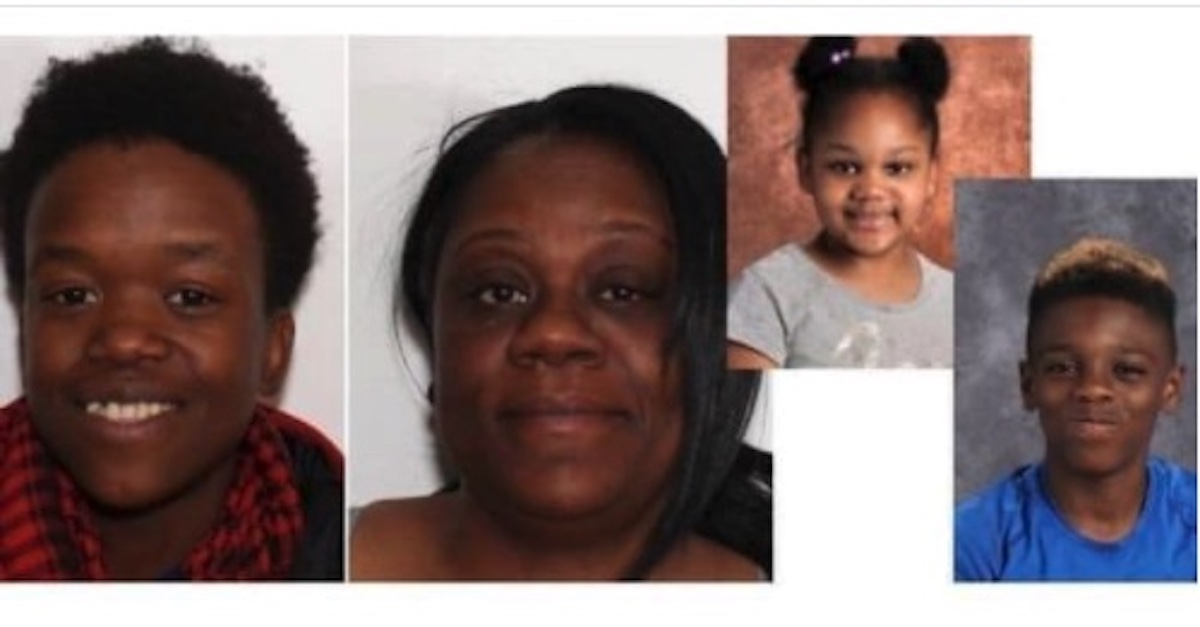 A New York jury has convicted a man accused of murdering two children, her mother, and her mother’s partner, after just one day of deliberations in case where the defendant insisted on representing himself.

James White, 42, was convicted Wednesday of killing Brandi Mells, 22, her partner Shanta Myers, 36 and Myers’ two children, Shanise Myers, 5, and Jeremiah “JJ” Myers, 11. They had been dead for five days before a landlord found their bodies in the basement of their Lansingburgh apartment on Dec. 26, 2017.

The verdict came one day after jury deliberations started.

According to prosecutors, White bound and gagged Mells, Myers, and Shanice, and stabbed them in the neck, killing them, the Times-Union reported. Prosecutors say that White did the same to Jeremiah when he arrived home from basketball practice.

When police arrested White on Dec. 29, 2017, he was holding a pair of black gloves later found to contain his DNA and the DNA of two of the victims, the Times-Union reported.

White represented himself in the case. In his closing arguments, he told the jury that he was friends with the victims, and had no reason to murder them, according to the Times-Union.

White was not accused of committing the horrendous murders alone. His former co-defendant, Justin Mann, pleaded guilty in April 2019 to second-degree murder, and testified for the prosecution at White’s trial.

According to Mann, now 28, he knocked on the door of the apartment and falsely said that a bike was stolen, according go the Times-Union. Mann testified that White took a pillow and killed the victims one by one, the Times-Union reported.

At his trial, White gave a different version of events. He reportedly said that he and Mann had gone to the apartment to collect a $12 debt he says Mells owed the boyfriend of Mann’s mother for some marijuana.

White said he waited outside the apartment while Mann went inside to collect the money. White told the jury that he suspected Mann was committing crimes in the apartment, but his “principles” kept him from getting involved in disputes between friends, the Times-Union reported.

White said that he had spoken to 11-year-old Jeremiah as the boy arrived at the apartment, but didn’t stop him from going inside. White reportedly told jurors that they talked about superhero movies, video games, and basketball.

“The deaths of these two adults and two children are an unspeakable act of violence,” Donnelly said in a statement, the Troy Record reported. “As proven at trial, White, along with his accomplice Justin Mann, murdered four people in a heinous act of violence. After four years, this Rensselaer County jury has rightly held the defendant accountable for these horrific murders.”

Patrick Madden, the mayor of Troy, said in a statement that the conviction is a “small measure of justice for the victims of this unimaginable tragedy nearly four years ago. We hope this verdict brings closure to the victim’s families who have suffered terribly as a result of this heinous crime.”

Family members of the victims were seen praising the verdict outside the courtroom Wednesday.

White had previously requested to represent himself in his first trial, but Judge Debra Young denied that request. That trial, which was held in March 2020 just as the coronavirus pandemic was taking hold, ended in a mistrial after jury deliberations had been repeatedly postponed due to a sick juror, and other jurors were hesitant to go into the courtroom.

As the Times-Union reported, White has previously been convicted of taking a life. In 2001, he was reportedly convicted of first-degree manslaughter in the knife-related killing of a man in the Bronx.

White faces life in prison for the murders. His sentencing is set for Jan. 5, according to local ABC affiliate WTEN.