Juror Kicked Off of Horrific Dismemberment-Murder Trial for Falling Asleep 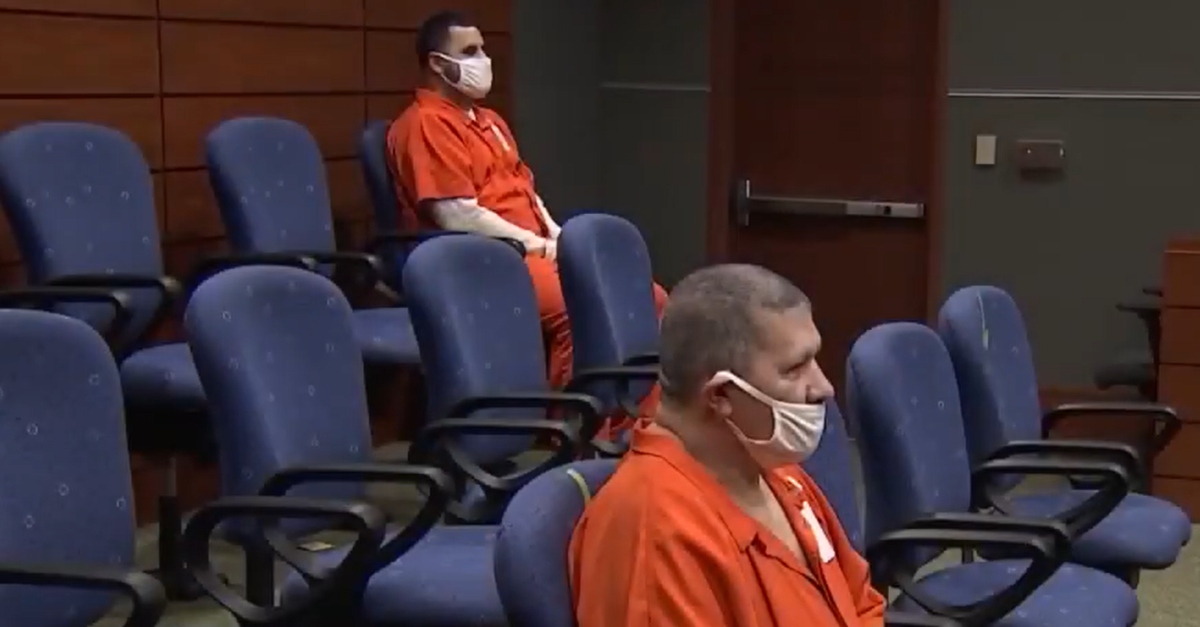 A juror in the horrific dismemberment death of Florida woman Nicole Montalvo, 33, was kicked off of the trial on Tuesday morning for getting shuteye in court. Prosecutors voiced concern that the juror missed testimony against the defendants, the victim’s estranged husband Christopher Otero-Rivera, 33, and his father Angel Luis Rivera, 64. After that, the judge claimed to see the juror fall asleep Monday afternoon.

State is asking to excuse juror #16. Prosecutor says he had his eyes closed for an extended period (10-15 secs). “The nature of these lapses leads us to believe he has missed significant testimony.”@MyNews13 #News13Osceola #NicoleMontalvo #ChristopherOteroRivera #AngelRivera

Juror 16 is being dismissed by the judge this morning. The state asked yesterday that this juror be removed because they say he kept falling asleep. The judge kept an eye on the juror Monday afternoon and made the same observation. .@fox35orlando pic.twitter.com/JCdpDpX1cy

A juror in the murder trial of Christopher Otero-Rivera and his father Angel Rivera has been removed for dozing off during the trial. The two men are accused of murdering Christopher’s wife Nicole Montalvo. #WFTV #Osceola pic.twitter.com/AhrcU3MEsK

An alternate will replace Juror 16.

The state is using testimony to show that Otero-Rivera and his father murdered the former’s estranged wife Nicole Montalvo in Oct. 2019 to get full custody of their son. Deputies found the victim’s dismembered remains on the Rivera property in St. Cloud, Florida.

The medical examiner who performed the autopsy testified that some bone fragments seemed like they had gone through a wood chipper.

Medical Examiner who did autopsy in the murder of Nicole Montalvo testified she’s never seen the level of dismemberment of a body as she saw in this case. She said some bone fragments looked like they went through a wood chipper. #WFTV pic.twitter.com/T6ZWC9KyJd

In bolstering their account, the prosecution brought up a former cellmate of Otero-Rivera. Dustin Gonzalez claimed to have been recruited to plant drugs in Montalvo’s car. The father Angel Rivera voiced a preference that Nicole go missing, according to this witness.

Dustin Gonzalez shared a cell w/#ChristopherOteroRivera. The Riveras helped bail him out in return for planting drugs in Nicole’s car. Dustin says #AngelRivera told him he would rather Nicole disappear. Dustin says that he laughed & replied, you don’t get that for $500. @MyNews13 pic.twitter.com/7LmM5mrbUU

Nicole’s mother Elaine Montalvo testified about threats, as well as the tense conflict over child custody.

Elaine Montalvo, Nicole Montalvo’s mother took the stand today:
“They were saying that they could kill her right then & there & nobody would know. That he was going to take Elijah away. She wasn’t going to keep him.” Elijah is their now 9-year-old son.@MyNews13 #News13Osceola pic.twitter.com/8eB13a0X4p

Nicholas Rivera, who is Christopher Otero-Rivera’s brother and is in prison on child pornography charges, said he saw their father washing a cart in the middle of the night around the time Montalvo went missing.

The most telling thing Nicholas Rivers said was that he saw his dad (#AngelRivera) washing off a cart in the middle of the night on the day #NicoleMontalvo disappeared. @MyNews13 #News13Osceola #StCloud #ChristopherOteroRivera #Murder #OsceolaCounty pic.twitter.com/pfAXx1FiUl

Charges against Wanda Rivera, 61, who is Otero-Rivera’s mother and Angel Rivera’s wife, were dropped in March. Prosecutors at the time said that cellphone analysis supports the finding that the male defendants removed Montalvo’s vehicle from their property on the morning of October 22, 2019. Contrary to the state’s original belief, the prosecution said there was reasonable doubt that Wanda Rivera had anything to do with helping cover up the crime.

She testified on Monday, saying she only learned through the news that Montalvo’s remains were found on the property.

Prosecutor: Did you know Nicole Montalvo’s remains were found on your property?
Wanda Rivera: I heard it on the news.
Prosecutor: Do you know how she ended up there?
Wanda Rivera: No. @MyNews13 #News13Osceola #NicoleMontalvo #ChristopherOteroRivera #AngelRivera