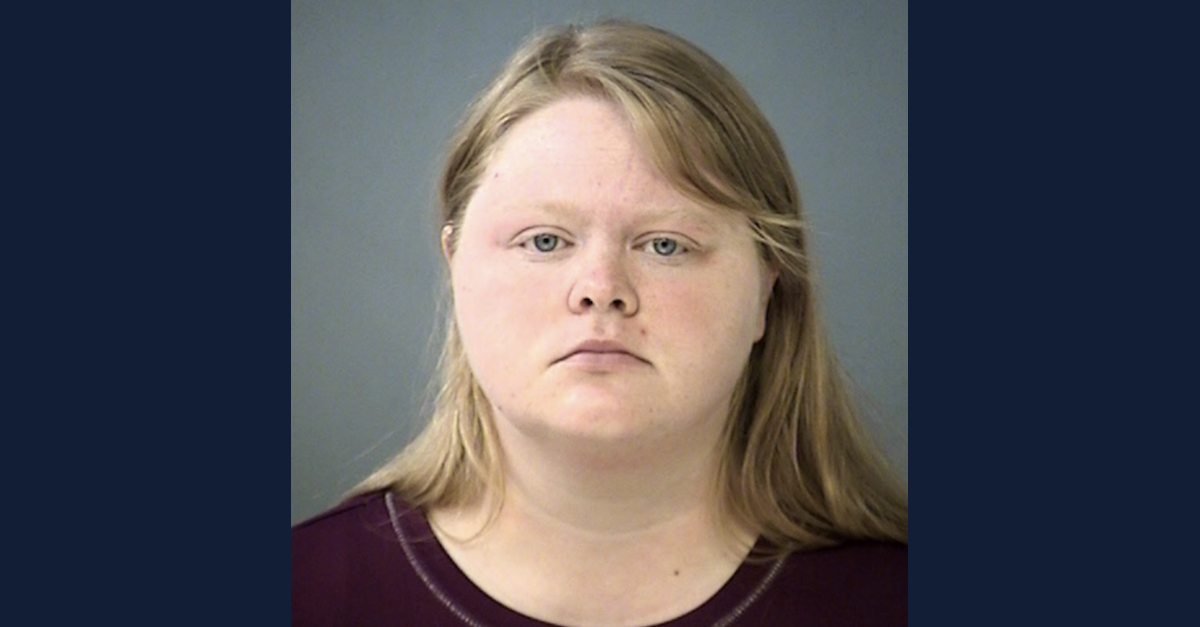 An Indiana murderess who was admittedly inspired by serial killers as she embarked upon an uncanny and fatal stabbing spree in May 2020 reached a plea deal with Indianapolis prosecutors on Tuesday.

In exchange for the plea, the state has apparently agreed to take the death penalty off the table. The defendant accepted a sentence of 100 years in prison and will be sentenced in January 2023.

On the night of May 11, 2020, the victims were attacked by a woman none of them had ever met before. The knife attack was brutal and almost immediately resulted in the death of 24-year-old resident Victoria Cook, who was ambushed as she answered a knock at her front door. Another woman was stabbed in the neck but survived the onslaught from the roughly 300-pound figure dressed all in black.

As the attack progressed, 28-year-old Dylan Dickover tried to intervene by grabbing Wolf from behind. But the defendant countered. First, by stabbing him over her shoulder, and then by stabbing him through the leg – hitting a major artery. Dickover bled out, and later succumbed to his wounds at nearby Eskenazi Hospital.

Another friend of the slain was upstairs when the violence began. He told police he rushed downstairs when he heard commotion and saw a woman with strawberry-blonde hair stabbing people. He then went back upstairs to procure a weapon from the woman who lived there but by the time he got back to confront Wolf, she had already fled.

That man tried to stop his friends’ bleeding as he dialed out for help.

The surviving victim described the attacker as having worn some sort of a work uniform. But investigators on the scene were aided by an even better and ultimately key piece of evidence: the killer’s hat. During the incident, a cap fell off bearing a tell-tale patch: the insignia of the Indiana Department of Corrections. Inside was a written name: “Wolf.”

Investigators quickly discovered that there was a woman named Kristen Wolf who worked for the IDC. Her information on file matched the description of the assailant given to police by the witnesses.

The killer was arrested at her job, the Madison Correctional Facility, which has 600 beds for women detained under minimum security. During her initial police interview, she denied being in Indianapolis on the night in question, said she wasn’t working either, and had been with a friend. Then she asked for an attorney.

During a search of Wolf’s home, investigators found multiple combat-style knives, several additional pieces of clothing that had the same IDC patch as the hat left at the crime scene, and a series of documents in which she expressed a curiosity and desire to kill.

Those nightstand writings wondered about the feeling of inflicting death and are where the defendant said she took inspiration from serial killers. She wrote that she considered killing her boyfriend or his wife but that she settled on, rather, killing someone she didn’t know. She also made her peace with the idea that she might die during the attack – but clarifying that she didn’t really want to die.

The papers, including a holographic, or handwritten will, were dated May 11, 2020, the same day as the murders.

“There is no place for this kind of violent and senseless attack in our society,” Marion County Prosecutor Ryan Mears said. “Pursuant to this agreement, Wolf will spend the rest of her life in prison. We continue to think of the families and all of those affected by the tragedy during this difficult time.”