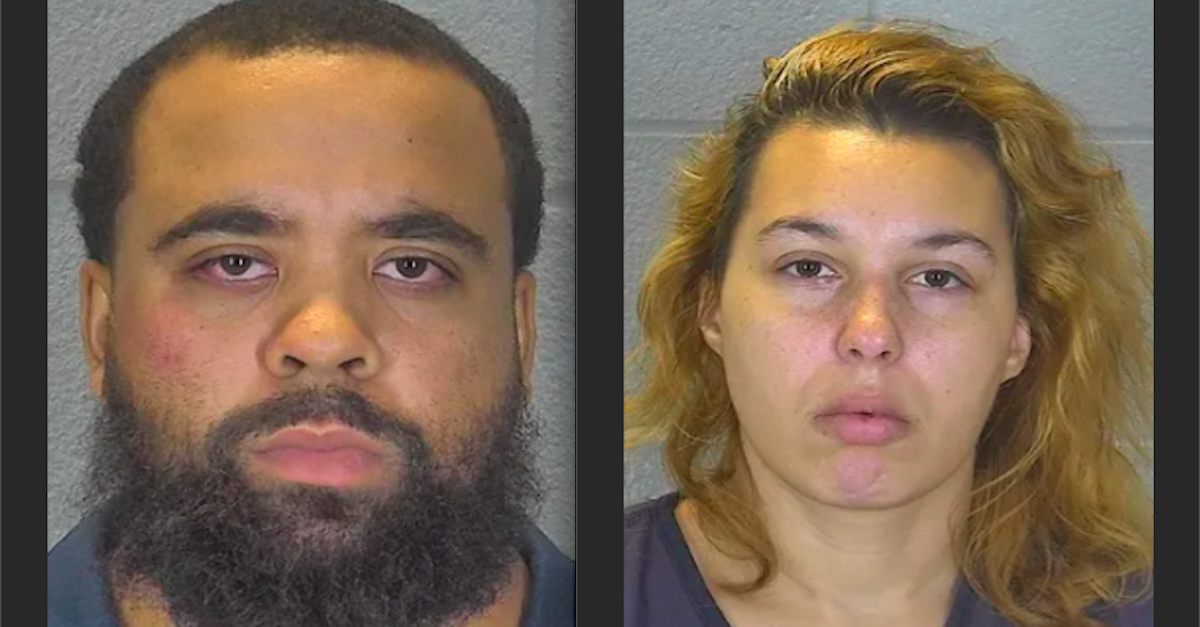 A woman in Indiana and her boyfriend this week were arrested and charged in connection with the death of her 3-year-old son, who prosecutors say died of internal bleeding after being viciously beaten by the boyfriend, local news outlets reported Wednesday.

According to a report from the Lafayette Journal & Courier, after her son Zeus was found dead on his bedroom floor on the morning of July 5, Crystal Cox, 31, told police that his bruise-covered body was the result of him falling down on concrete and accidentally running into a table the previous day. Her 31-year-old boyfriend, Jermaine Garnes, reportedly said that the child was bruised because he fell off of his bike about a week prior to his death.

Prosecutors in Tippecanoe County on Monday said, however, that just hours after Zeus’s death, Cox told one of her friends that Garnes was responsible for killing the toddler and said she was concerned that she was going to get in trouble for helping him cover up the crime. They also said that the district attorney’s office was in possession of a text message Cox sent to Garnes on June 29 stating that she needed to purchase Zeus a new swimsuit that would cover up his extensive bruises.

The two also reportedly failed to get their stories straight. Garnes told investigators that he had “used a belt on Zeus’ bottom on July 4,” while Cox said that Garnes “never” disciplined Zeus and did not hit him with a belt, per the Purdue Exponent. Both said that the child had a fever and was vomiting the night before his death.

Dr. Darin Wolfe, a forensic pathologist for the state of Indiana, performed an autopsy and determined that Zeus’s fever and vomiting were the result of internal injuries sustained to the toddler’s kidneys and intestines, local ABC affiliate WRTV reported. Wolfe reportedly also concluded that the cause of death was blunt force trauma and that the bruises on the child’s body were inflicted recently and were not caused by falling on concrete or being struck with a belt.

The WRTV report, which was based on charging documents obtained by the station, further stated that when police interviewed a person described as Garnes’ mentor, the man told investigators that when he saw Garnes on the day of Zeus’ death, Garnes admitted that he beat the child and “ended up making a comment to the effect that he thought he did” kill the boy.

Garnes’ 9-year-old son reportedly told police that after he insulted his father by calling him a name, the man “took out his anger” on Zeus by punching him in the chest. The boy also reportedly said that Cox was in the room when Garnes struck Zeus.

Cox and Garnes on Monday were both charged with murder, neglect of a  dependent resulting in death, aggravated battery and battery resulting in death of a person younger than 14. Officers with the Lafayette Police Department took the couple into custody on Tuesday at their home on Howell Street. They are being held at the Tippecanoe County Jail.

Prosecutors have requested that both be held without bond ahead of trial.