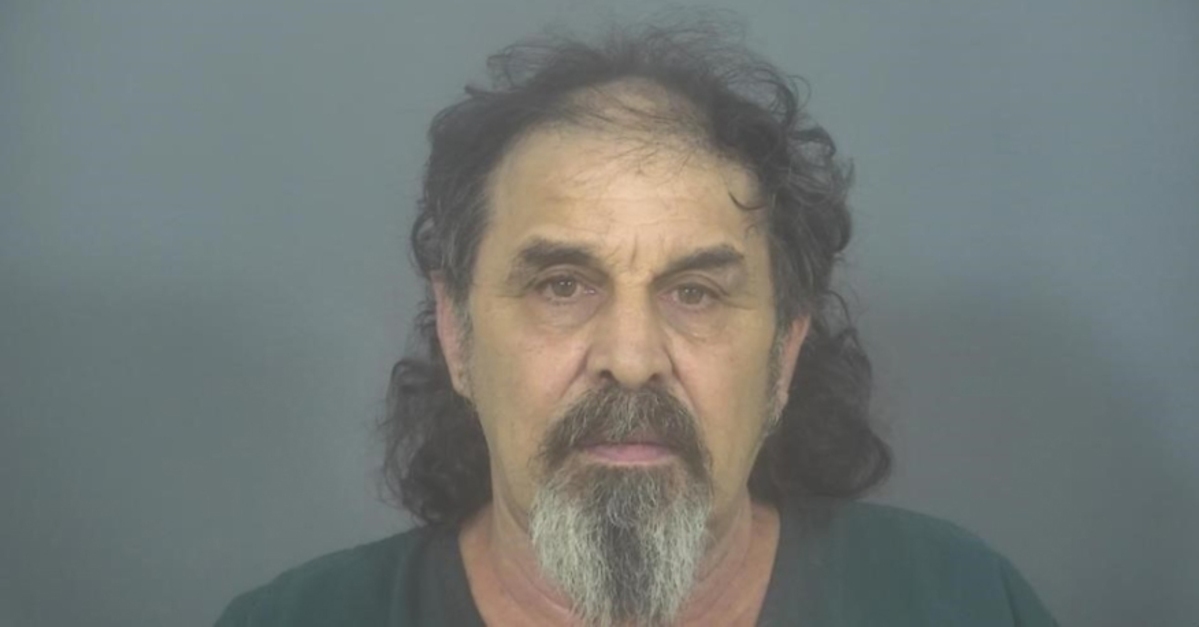 Law enforcement authorities in Michigan have officially closed the cold case murder of a woman who was beaten with a metal frying pan before her throat was slit in her own home 35 years ago. Patrick Wayne Gilham, 67, on Friday formally pleaded no contest to one count of second-degree murder in the 1987 slaying of Roxanne Leigh Wood, police announced.

With a no contest plea, the defendant does not admit to or deny the underlying crime, but it has the same effect as a guilty plea.

According to a press release from the Michigan State Police, Gilham agreed reached a deal with the Berrien County Prosecutor’s Office that also includes a minimum sentence of 23 years in prison, which would put Gilham behind bars until he is 90 — or, as prosecutors see it, for the rest of his life.

BREAKING: A South Bend man has pleaded no contest to second-degree murder for the 1987 murder of Roxanne Wood.

Patrick Wayne Gilham, 67, agreed to a minimum sentence of 23 years in prison. He was charged back in February. https://t.co/zjwrj8LDf0

“This sentence agreement effectively keeps Mr. Gilham in prison for the rest of his life. This plea will allow the family to have some closure and continue to work on healing from this tragic murder,” Berrien County Assistant Prosecutor Jerry Vigansky reportedly said in a statement following the proceeding.

As previously reported by Law&Crime, Gilham was arrested last month at his home in South Bend, Indiana, approximately 10 miles south of the Niles, Michigan home where Wood was killed. Police said the investigation into Wood’s death encompassed more than 10,000 hours of investigative work.

Wood and her husband, Terry Wood, on Feb. 20, 1987 went out to a bar and bowling alley. Wood reportedly left the bowling alley and went home at approximately midnight. Her husband reportedly followed her about 45 minutes later, only to discover a grisly murder scene in the couple’s kitchen.

According to law enforcement officials cited by Grand Rapids, Mich. ABC affiliate WOOD-TV, Roxane Wood was already dead when her throat was slit and her head was beaten with the frying pan. Police also said they found no signs of any kind of forced entry into the Woods home.

Police found the sheath of the knife investigators believe was used in the murder, but the weapon itself was never recovered despite divers reportedly searching Brandywine Creek near the scene of the crime for multiple hours.

While Wood’s husband was reportedly long considered the main suspect in the slaying, he steadfastly maintained his innocence until investigators identified Gilham as a potential person of interest using DNA collected from the scene.

“Patrick Gilham was identified as a potential suspect in this homicide from original evidence left at the scene that was examined forensically between Identifinders International LLC and the MSP Forensic Laboratory in Grand Rapids, Michigan,” state police said in a press release.

Based on the DNA found inside of Wood’s home, genealogists used genome sequencing to produce a genetic profile which was then uploaded to public databases such as GEDmatch and Family Tree DNA, per a WOOD-TV report. Analysts reportedly built a family tree for the then-unknown DNA profile based on shared matches and common ancestors were identified, ultimately leading police to Gilham.

“After being identified as a possible suspect, Gilham had been surveilled extensively by MSP undercover units and interviewed on two separate occasions by detective sergeants Moore, Bailey, and Kyle Gorham, culminating in his arrest for open murder in South Bend, Indiana on an arrest warrant issued by the Berrien County Prosecutor’s Office,” police said.

According to WOOD-TV, detectives in June 2021 collected a cigarette butt Gilham had discarded and collected a sample of his DNA. Testing reportedly confirmed the sample was a match for the DNA collected from the scene of Wood’s murder.

The Berrien County Prosecutor’s Office and Michigan State Police did not immediately respond to messages from Law&Crime concerning the case.