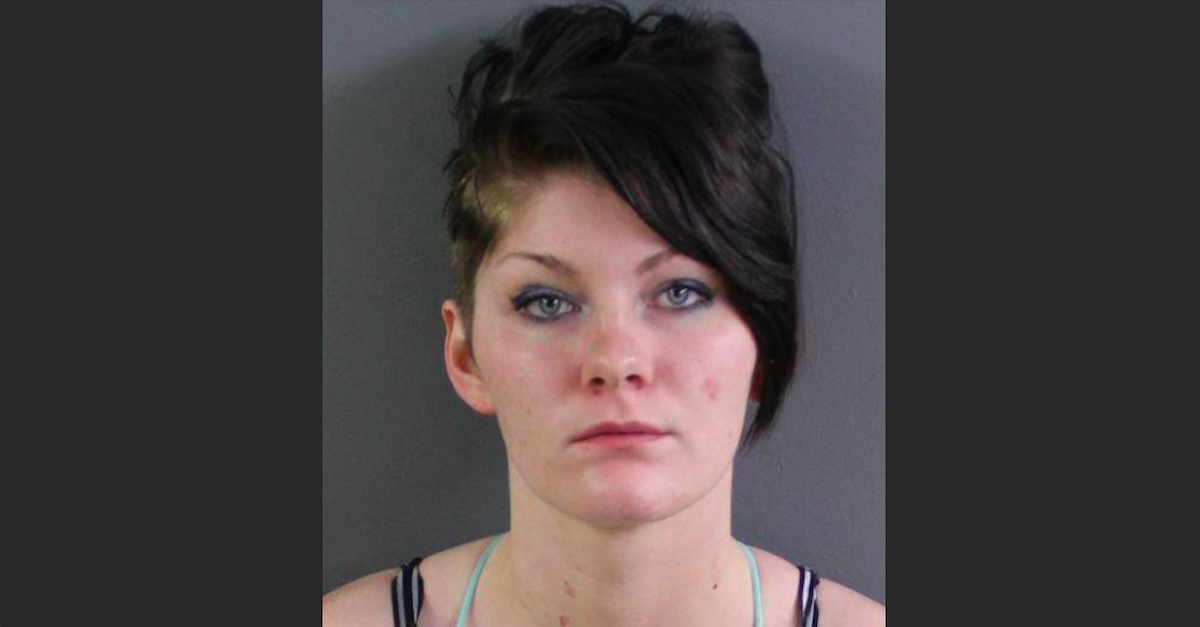 An Illinois woman who stabbed her boyfriend to death on New Year’s Eve in 2019 was sentenced to 15 years in prison after switching her plea from not guilty to guilty on Friday, local news outlet Herald & Review reported.

Under Illinois state law, second-degree murder is a class one felony, and Judge Paisley handed down the maximum 15-year penalty for the offense. Herpstreith was also ordered to pay a fine of $1,000. The maximum penalty under state law is up to $25,000. The 605 days Herpstreith has already spent in Christian County Jail will be credited towards her total sentence.

According to reports, officers with the Taylorville Police Department found Bright laying on the deck of his home in the 1000 block of East Adams Street. Police said he was “bleeding heavily” from a stab wound to the chest and was lying in a pool of his own blood. Despite the massive blood loss, Bright was reportedly able to tell the responding officers that it was Herpstreith who stabbed him. Investigators said several witnesses later corroborated Bright’s story.

Paramedics with Emergency Medical Services arrived soon after and were able to keep Bright alive for a time, but he was later pronounced dead at Taylorville Memorial Hospital.

Following the fatal stabbing, law enforcement officials said that Herpstreith fled the crime scene. The next day, police received a tip that she had been spotted at the Hillcrest Trailer Park. According to a report from the Taylorville Daily News, when officers arrived at the trailer park, Herpstreith surrendered and approached the officers with her hands above her head. She had a spring-loaded knife on her which had traces of blood on the handle and the blade. During a subsequent interview, Herpstreith reportedly admitted to police that it was the weapon she used to stab Bright, saying she “wanted to kill him,” per the Taylorville Daily News.

Since her January arrest, Herpstreith had been held in pretrial detention on $1 million bond.

In early January, Christian County Coroner Amy Calvert Winans performed an autopsy and determined that Bright had died from a single stab wound to the chest, according to a report from The State Journal-Register.

Soon thereafter Herpstreith pleaded not guilty to two counts of first-degree murder. She was facing a maximum 60-year prison sentence and would have been required to serve 100-percent of her time behind bars under state law.

The Herald & Review previously reported that her attorney, Tiffany Senger, a public defender for Christian County, had planned to call a domestic violence expert witness to testify as part of Herpstreith’s defense strategy. Judge Paisley in February approved the motion and granted funds of up to $10,000 for such a witness.

Herpstreith had previously been arrested in 2018 and charged with criminal trespass to a residence and battery, according to the City of Mattoon Police Department. A news release from the department said that on Feb. 4, 2018, Herpstreith “entered another’s residence without permission or authority to do so, and struck a female within that residence.”