‘I Can’t Leave with My D*** Up’: Florida Couple Allegedly Lured 14-Year-Old to Apartment and Played ‘Spin the Bottle’ Before Sexual Assault 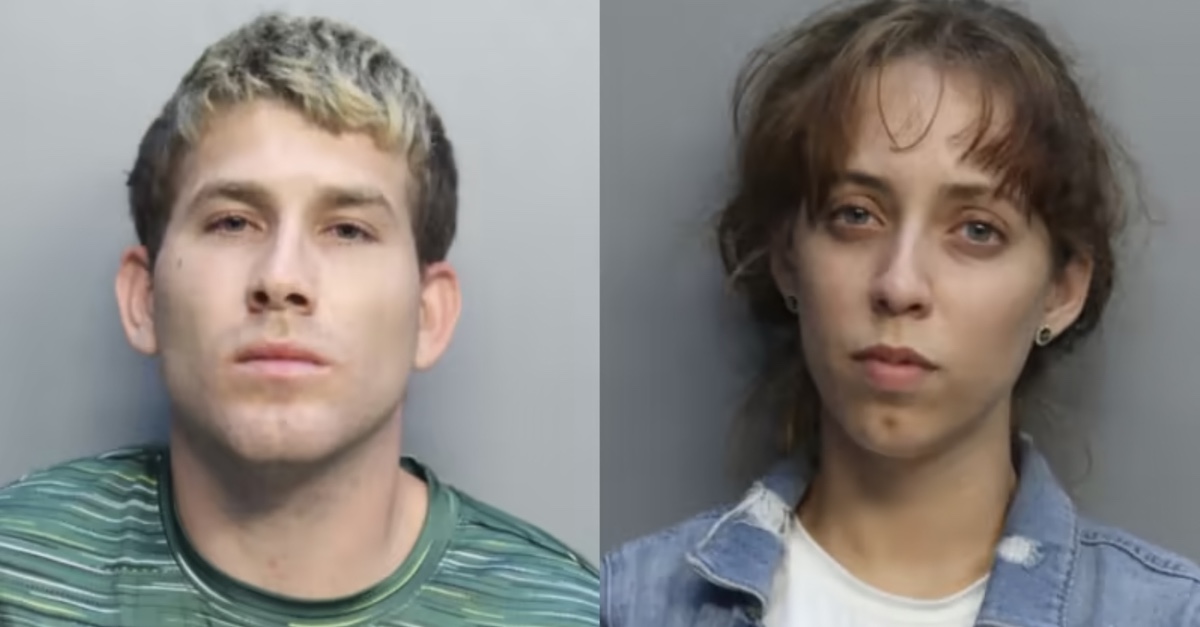 A 23-year-old Florida man and his 18-year-old girlfriend are facing felony criminal charges for allegedly luring a 14-year-old girl out of her house by promising a trip to the movies but instead taking her to their apartment — where the man is accused raping the victim as his girlfriend watched.

Enmanuel Martinez and Jocelyn Gomez were taken into custody on Friday and charged with multiple crimes in connection with the alleged sexual assault, court records reviewed by Law&Crime show.

Gomez faces one count of felony lewd and lascivious battery on a child and one count each of misdemeanor failing to report a sexual battery, misdemeanor contributing to the delinquency of a minor, and misdemeanor battery.

According to a probable cause affidavit obtained by Miami ABC affiliate WPLG-TV, Gomez is the one who allegedly initiated the encounter with the victim — whom she knew from school — by inviting the 14-year-old to go to the movies at Dolphin Mall. But when Gomez and Martinez allegedly picked up the victim from her home, they reportedly informed her that instead of going to the mall the three of them would instead be watching a movie at the couple’s apartment in Hialeah.

Once at the apartment, the three reportedly began to watching a movie. A short while later, Gomez allegedly asked the victim if she wanted to join her and Martinez in a game of “spin the bottle.” The victim reportedly agreed to participate.

The victim reportedly obliged by “quickly” taking her shirt off and immediately putting it back on. But Gomez continued to badger the child, and reportedly “began to entice the victim to kiss [Martinez].”

“The victim told [Gomez] that she was not going to, because that was her boyfriend and she did not see him like that,” the affidavit reportedly states. “[Gomez] then told the victim that it was okay because they have done this for about a year. The victim replied to [Gomez] that she felt uncomfortable kissing him.”

“I can’t leave with my dick up,” Martinez allegedly said in Spanish. He then proceeded to expose himself and begin touching himself, the affidavit reportedly states.

When the victim reportedly told Gomez to “control her boyfriend,” Gomez allegedly responded by telling her that if she “let him finish” she would be allowed to leave. That’s when Martinez allegedly forced the victim down and raped her while Gomez just watched, the report states. The victim reportedly told investigators that she hit Martinez and told him “no” multiple times before going silent out of fear.

Following the alleged assault, Martinez reportedly told the victim that he and Gomez had “done this” before, referring to the victim as the “hottest friend” Gomez had brought to the apartment.

While driving the victim home, Gomez allegedly urged the child to keep quiet about what happened inside of the apartment.

“The victim stated during the car ride to her house, they kept telling her that she couldn’t tell anyone, because they could get in trouble,” the affidavit reportedly states.

[image via Miami-Dade Corrections and Rehabilitation]