‘He Was Trying to Survive’: Florida Couple Charged with Murder After ‘Thirsty’ 6-Year-Old Boy ‘Caught’ Drinking from Toilet Was Allegedly Beaten to Death 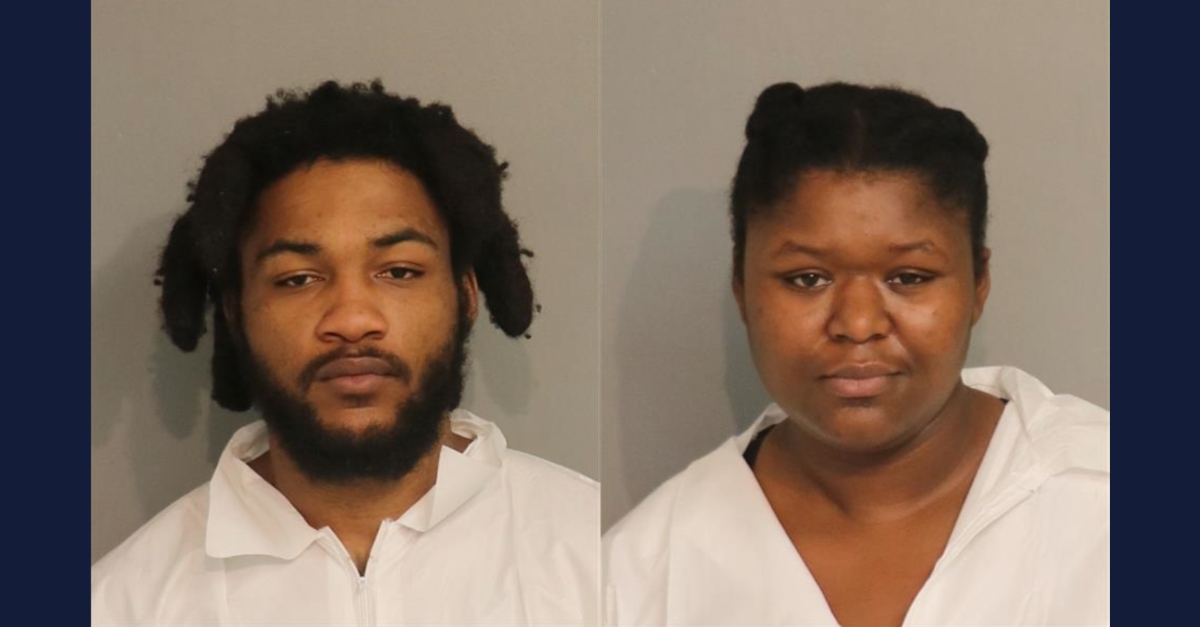 Two Florida parents have been arrested in connection with the death of their 6-year-old son in a case alleging extreme child abuse.

Larry Rhodes, 22, and Bianca Blaise, 25, already stand accused of child neglect charges stemming from a July incident in which one of their six children was allegedly found unconscious with his head in the toilet at the Knights Inn hotel in Kissimmee, Florida.

The Osceola County Sheriff’s Office claims that eight people were found living in one hotel room there: the two adult defendants and six children from the age of six to an infant just a few months old.

Deputies say that Blaise dialed 911 dispatch to report an accidental drowning and that it looked as if the child in question was attempting to drink water from the toilet bowl, according to a Wednesday press conference by Osceola County Sheriff Marcos R. Lopez.

In charging affidavits obtained by Orlando-based CBS affiliate WKMG, deputies say they spoke with other hotel residents who described a “thud” some 10-15 minutes before law enforcement arrived. That sound is believed to have been the sound of the boy falling. When deputies arrived, however, they found the boy with his head in the toilet bowl. The victim allegedly had severely swollen eyes and was not breathing. First responders performed CPR and the child was rushed to a nearby hospital where he was diagnosed with a severe, life-threatening brain bleed and lacerated liver.

In the ensuing investigation, the sheriff said the boy did not drown at all.

“That had nothing to do with why he wasn’t breathing,” Lopez said. “The reason he wasn’t breathing is because his parents got very angry that he was drinking out of the toilet and started to beat him. First, the mother beat him. Then the father started repeatedly punching this little boy with closed fists. He punched him multiple times. In the head and the stomach area. This was a 6-year-old child.”

The boy was placed on life support but succumbed to his injuries this week. That’s when the murder charges were filed against the couple.

“Maybe he was thirsty,” Lopez said. “He went to the toilet. He was trying to survive. Mama caught him and the poor guy paid the price.”

The sheriff added during the press conference that two other children, a 5-year-old and a 4-year-old, told deputies that Blaise and Rhodes saw the 6-year-old with his head in the toilet and began to administer punishment by beating him repeatedly with closed fists.

Lopez described the defendants’ alleged actions against the boy as “the brutal murder of a 6-year-old child.” He also accused them of meting out abuse to the boy’s five other siblings. As the sheriff spoke, images were played of a severely cramped and disheveled hotel room.

Deputies say the other children showed evidence of abuse including burns, scars, black eyes, bleeding, and bruising. One of the children allegedly had a hemorrhage in one of their eyes.

In previously filed court documents, Blaise allegedly admitted to giving the children “whoopings,” forcing them to stand in the corner, and perform exercises as forms of punishment.

The defendants stand accused of murder in the first degree as well as multiple counts of child abuse and neglect charges. They are currently being held in the Osceola County Jail without bond.